Amazon "Renewed" for a PC - thoughts/reviews?

jcroy said:
The most annoying crapware I had to deal with, were trial copies of mcafee antivirus which would repeatedly spawn every time I killed the process. It took some elbow grease to finally get it to not respawn at all.
Click to expand...

That reminds me of a classic story about two ghost jobs (Robin Hood and Friar Tuck) that pulled all sorts of nasty tricks on an old Xerox timesharing system.

Computing folklore has it that the ghost jobs would sabotage the operations of the tape readers, disk drives, and card readers. "Disk drives would seek back & forth so rapidly that they'd attempt to walk across the floor." Also "the console would print snide and insulting messages" as though the jobs were addressing each other.

When operators tried to kill the jobs, things like this would happen:

id2: Fear not, friend Robin! I shall rout the Sheriff of Nottingham's men!

"Each ghost-job would detect the fact that the other had been killed, and would start a new copy of the recently-slain program within a few milliseconds. The only way to kill both ghosts was to kill them simultaneously (very difficult) or to deliberately crash the system." (After which the modified system would start up yet more copies of the ghosts.)

This is NOT pointed at anyone in particular, it's relevant cause it was just posted today. I don't usually laugh at stuff like meme and jpgs, but that one is so Internet.

I seem to run across it just about 100% of comments on any Restaurant Review or Coupon type thread. Pre-COVID It seems any thread or comment on Italian Restaurant or Pizza Joint are the worst for attracting 5 Star Italian chefs telling folks how much cheaper and better anyone/everyone can do it at home. The thing is if I want to go out to a restaurant I'm trying to avoid the 4-5 hours or shopping/prep/cooking/serving/cleaning of work it takes to do it right -- in addition to the fact I am quite aware of my cooking skills.

And yes most of us are painfully aware that no matter which place we go to it's a garbage dump compared to Mama "#123"'s on 4th Ave in NYC. I'm truly amazed that NYC apparently have 2-3 million Italian restaurants who serve 8 course, 8 star meals for $5 per person.
Last edited: Oct 5, 2020
Reactions: Sam Posten and ManW_TheUncool

Another tip for buying a refurb desktop. Buy and install replacement cooling fans. They are cheap. The originals will start to get noisy after maybe 5 years. I was able to read the part numbers off my Dell fans and buy exact replacements off eBay for a few dollars. The hard drives and fans are really the only mechanical wear items in most computers.
Last edited: Oct 5, 2020 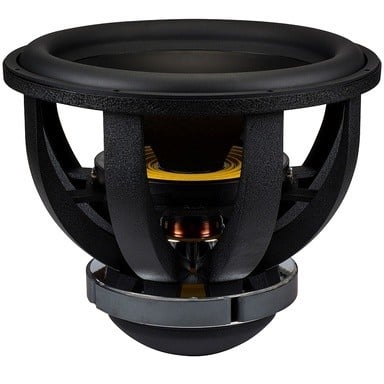 Over the years I have purchased 3 refurb laptops and have had good luck with all of them (they weren't purchased from Amazon though so I don't know what their program is about). Provided there is a significant discount over equivalent new it's certainly worth investigating.
You must log in or register to reply here.
Share:
Facebook Twitter Reddit Pinterest Tumblr WhatsApp Email Link