Sam Raimi's 1994 The Quick and the Dead is an entertaining tale of revenge, set in the style of '60s spaghetti westerns - BCUs and all.

I've always liked this film, for it sets out a task for itself, and accomplished said task perfectly.

Here's Roger Ebert's take: "The [film] takes the premise of those old Tough Man Contests and moves it to the old West, where the sadistic despot of a small town holds a shoot-off every year. The rules are simple: The last man alive wins a big cash prize. It's a movie that is intimately familiar with the conventions of Westerns, especially those rules that state: (a) when a Kid comes riding into town for a showdown with the big man, he is probably the man's unacknowledged son, and (b) when a woman rides into town, also for a showdown, she is probably seeking revenge for a terrible wrong in the past."

In this case, the "kid" is a then 19 year-old named DiCaprio, who looks to be closer to 16, the despot is Gene Hackman, and the woman riding into town is Sharon Stone, in an impressive turn.

Image is exemplary, with everything perfectly reproduced, and audio, now in Dolby Atmos, is based upon the original SDDS mix, which is extremely impressive, especially for spatial rendering.

Last edited by a moderator: Jul 17, 2018
Reactions: Peter Keller, DavidJ, benbess and 5 others

As a fan of the genre, I find it hard to believe that I've never seen this film. Sounds like I have another 4K UHD title to pick up. Thanks for the review Mr. Harris.
Reactions: Tino

I almost watched my DVD of this last weekend. Maybe I'll wait until I pick up this release.

dpippel said:
As a fan of the genre, I find it hard to believe that I've never seen this film. Sounds like I have another 4K UHD title to pick up. Thanks for the review Mr. Harris.
Click to expand...

It's one of those films that I've never seen from beginning to end, but have watched it in various stages either on one of the pay channels at home or on TNT while at Planet Fitness. I know the beginning, the middle and the end. Saying that, I dig hot women with guns. Hackman really hams it up in this one.
Reactions: DavidJ and Tino

It's a fun take on the western, featuring a slim Russell Crowe (!), I'm surprised Raimi didn't film it in 'scope.

Billy Batson said:
It's a fun take on the western, featuring a slim Russell Crowe (!), I'm surprised Raimi didn't film it in 'scope.

…& don't blink at the wrong time or you'll miss a cameo by the great Woody Strode.
Click to expand...

Raimi didn't even film the first Spider-Man in scope, and I'm pretty sure Spider-Man 2 and 3 were both S35. His history is largely of working with spherical glass.

FOR THE LOVE OF THE GAME is true anamorphic Panavision.

Some of the making-of featurettes on SPIDERMAN show early effect tests in 2.35:1, so I'm guessing Raimi was at least thinking about shooting the original in 'Scope, be it Super-35 or anamorphic, before he decided to stick to spherical 1.85:1.

I recall seeing a short "making of" featurette on THE QUICK AND THE DEAD back around the time of its release, and there was a funny bit where Raimi was asked how he approached directing a legend like Hackman and Raimi response was something like, "I tell him what I want him to do, and he says 'No', and I say, 'Oh, absolutely, Mr. Hackman, sir. Do whatever you want."

That's why I said, "largely," not "always". His use of scope is similar to that of Spielberg.

You can barely perceive it in real time, but if you slow it down enough when the guy gets his thumb shot off you can actually see his thumb fly off as an in camera physical effect.

Fun movie, looking forward to it in UHD.
Reactions: Stephen_J_H

Why do I read your posts? Another title to put on my to buy list....

I just watched my 4K Blu-ray copy this morning ($14.99 at Fry's). Spectacular image and sound! Sharon Stone's erect nipple never looked so good (brief glimpse, blink and you'll miss it). The rest of the film looks terrific too.

Speaking of which... the International version of this film has a 2-minute sex scene between Stone and Crowe. The scene is available for viewing on YouTube:


Warning: That scene contains brief frontal nudity and it's not Crowe. 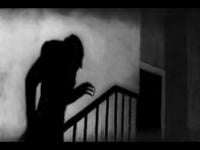 Believe it or not, the sex scene available in the International Version was pretty crucial to the story line. Hopefully it has been included on this 4K edition.

24fpsNinja said:
Believe it or not, the sex scene available in the International Version was pretty crucial to the story line. Hopefully it has been included on this 4K edition.
Click to expand...

Also part of a 2 for $30 promo at Best Buy. Picked up this and The Equalizer. Great deal.
Reactions: George_W_K

The Equalizer 4K is getting good reviews from those that have purchased the Blu. Now I wish I'd done the Best Buy 2 for $30 deal. Not sure I can find another 4K title to pair with The Equalizer.

Please, nobody tell my wife that I'm upgrading catalog titles to 4K. When we got the new Sony TV she asked if I was going to rebuy a bunch of the same movies over AGAIN. I, of course, said no. I meant it when I said it but my defenses have weakened.

Goal: Leave our daughter the house, spend the rest.

Anybody have a link to that Best Buy promotion?

Robert Crawford said:
Anybody have a link to that Best Buy promotion?
Click to expand...

Took me a while to find it and I can't get a link...but it's Dark Crystal, Quick and the Dead, Equalizer, SpiderMan Homecoming, Fifth Element, Baby Driver, Dark Tower, Jumanji (Original), Fury and The Patriot.

Jason_V said:
Took me a while to find it and I can't get a link...but it's Dark Crystal, Quick and the Dead, Equalizer, SpiderMan Homecoming, Fifth Element, Baby Driver, Dark Tower, Jumanji (Original), Fury and The Patriot.
Click to expand...

Well, I'm out of luck as the only titles I don't have are the Dark Crystal and Quick and the Dead. I have no interest in the former.

Don't wanna derail this too much, but I picked up DC last week and watched it this week. Maybe I was just tired, but it was hard to actually understand. I was lost within ten minutes. The puppetry is great and it looks stellar, especially compared to the included BD and bonus footage.

I decided to pair The Equalizer 4K with Fury 4K with the 2 for $30 promo at Best Buy. My copies are waiting for pickup.

Back to The Quick and the Dead... Someone here (or in another forum) said they felt Sharon Stone wasn't really right for this role and he criticized her acting in the film. Those thoughts were in my head as I watched the film yesterday morning and I must say that I disagree. Granted, Stone didn't deliver an Academy Award performance but she certainly didn't do a bad job with the role.

The actor that looked out of place (to me) was DiCaprio. He may have been 19 at the time but he looked more like he was 14. That made the morning after scene (
with Stone waking up in his bed
) seem a bit awkward because DiCaprio looked way too young. Not that I wouldn't want to be in his shoes at the age of 14 (or 19, or whatever).