Round about sixty or so years ago, the French decided to hone in on film directors as the main source of inspiration, and credit for filmmaking.

Here in the Colonies the concept was heralded by the great Andrew Sarris, and amplified in his book, The American Cinema.

The reality is that filmmaking is generally, very much a group effort.

Try to imagine Lawrence without the input of Robert Bolt or Freddie Young.

While directors are still generally credited as the author of a film, they bring together the various departments, working initially toward the overall design of a film with their DP, and Production Designer, while location scouting, casting and other niceties begin to come together.

There is no film in recent memory for which this rings more true than for 1917, directed by Sam Mendes, working hand in hand with cinematographer Roger Deakins, and production designer Dennis Gassner.

While you're probably aware of Mr. Mendes and Mr. Deakins, unless you read film credits, you may have missed seeing Mr. Gassner's name.

Beginning his career at Zoetrope in the late 1970s, as a graphic and title designer, he made a move to production design in 1986 on The Hitcher. It's nice to start small.

But in 1989, he designed Field of Dreams, followed by Miller's Crossing, The Grifters...

And has gone on to create some of the major work over the past three decades:

He is one of those production members who I reference as "without whoms..."

They get thanked at award ceremonies, but people don't seem to know their names.

1917 is one of the most technically driven films of the past couple of decades. What seems simply isn't. What appears to be a single shot... well, we'll let you figure that out.

But try to imagine the bravura planning that went into even the most simple move.

I don't think so.

As a 4k release, it's perfect, and even plays nicely with projectors, although it will appear a bit more accurate on a top panel that can run Dolby Vision.

Photographed in large format, and finished as such, it's perfect 4k fodder.

I suggest you grab a copy.

Is it one of those films that brings home theater upgrades into perspective?

I believe it is.

RAH
Expand signature
"All men dream: but not equally. Those who dream by night in the dusty recesses of their minds wake in the day to find that it was vanity: but the dreamers of the day are dangerous men, for they may act their dreams with open eyes, to make it possible. This I did." T.E. Lawrence
Reactions: PMF, Peter Keller, B-ROLL and 5 others 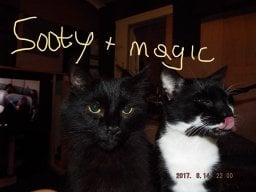 Update on the Dolby Atmos. Don't expect a lot of usage on the Heights 1 2 and 3 the biplane scene at chapter 5, 20:12 is about as much as you would hear. A few little derbies on Height 1 during the last battle scene that only lasts for few seconds. How did this win best sound?? No use of serious 100% directional dialogue panning. I think academy ampas members must be all hard of hearing when it comes to nomination voting.
Reactions: George_W_K

One of the best war films I have seen and my second favorite film of last year. Parts of the film did remind me of Kubrick's Paths of Glory.
Reactions: Peter Keller and Tino
You must log in or register to reply here.
Share:
Facebook Twitter Reddit Pinterest Tumblr WhatsApp Email Link