Not generally known for creating tiny, character driven films, Cecil B. DeMille started early on with The Squaw Man, in 1914.
He either directed, or was involved in over 90 silent productions, before The Godless Girl in 1928, which was part-talking photophone.
Once he hit sound, he created another 20 films, and virtually every one, beginning with Sign of the Cross, hitting huge epic qualities.
With The Sign of the Cross (yes, he did occasional religious epics), he made the move to a more modern style, and away from the stilted “camera in a box” production, helping to bring sound into a more modern era.
I’ve seen Sign of the Cross several times over the decades, usually in 16mm, but until today, with Kino’s new Blu-ray of the UCLA restoration, I’d never seen the original roadshow cut – with intermission.
With lab work performed by YCM Labs, what we’re given looks very much akin to a 35mm print.
Gorgeous.
A beautifully resolved image, with proper grain structure, magnificent gray...
Click to expand...

I think I will need to pick this up as a blind buy
Reactions: PMF, Darby67 and marcco00

wonderful- one of my favorite biblical epics! i rate TSOTC over THE ROBE & QUO VADIS when it

It's always been a favorite. Looking forward to seeing this Blu-ray!
Reactions: PMF, Darby67 and marcco00
S

I had high hopes for this one when I first watched the DeMille DVD collection. I really enjoyed the first half, not so much the conclusion. While I can understand the significance of the file historically, I'll have to take a pass as far as ever seeing it again.

I think we’re fortunate for the DeMille family retaining their own archive for this.
Reactions: Darby67, Peter Keller and marcco00

for me, i LOVED the ending, i thought it was sublime.....i don't think i could do what Fredric March

does in the end but he convinced me totally, what a great actor!
Reactions: Richard M S, Darby67 and philip*eric

I love that we're getting these old b/w CB films on Blu-ray, & looking so good too. No subtlety with DeMille, but his films are made with such brio, that they're a lot of fun to watch (& it helps that I saw many of them on TV when I was a kid). I haven't been buying the Kino releases as I'm in the UK & the Kino releases are locked to region A, but that's okay as they've had European Blu-ray releases, & we're a bit ahead of you, I have The Crusades & will have The Plainsman in a few months. I'm sure Kino will get around to releasing all these...& I'm glad Universal owns all these now, instead of Paramount.
Last edited: Aug 6, 2020
Reactions: Darby67, Peter Keller and marcco00

I first saw this film when I was 19--in Bill Everson's class at NYU or maybe MOMA--and I remember Claudette Colbert's nipples floating above the level of the goat's milk and rubbing my eyes to make certain I wasn't hallucinating. I also recall Charles Laughton in the beginning--very fey and languorous--complaining about getting bored with debauchery. DeMille fashioned quite a provocation for the Production Code--which existed but wasn't yet enforced--by wrapping all this overripe and aberrant sexuality in religiosity, though I've read it wasn't the sex in this film that forced the eventual enforcement of the code (this is allegedly the film that did it) but the violence. This is also one of the few sound films that shows DeMille's visual mastery, a beauty and primal sense of purity that is often jaw-dropping, which he brought to every one of his silents.
Reactions: Darby67, Peter Keller and marcco00

Can't wait to see this. And David Del Valle does the best commentary on these classics. He is hilarious and gives every detail about the background of the production, cast and crew that you could hope for. He doesn't virtue signal or analyze the social implications of the story.
Reactions: marcco00 and Darby67 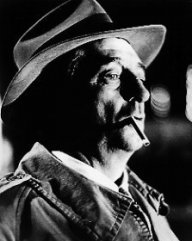 As in many other films, the amorous gorilla was played by Charles Gemora.
Reactions: marcco00, Darby67, B-ROLL and 5 others

Do the extras include the prologue shot for the 1944 reissue?
Reactions: Darby67

Another bonus, at least for me, is the uncredited music score by Rudolph G Kopp, which is quite sophisticated given the time frame [recorded a year before Max Steiner created history with his King Kong score]. Kopp's score holds pride-of-place as the first to feature intermission music in a sound film. His entr'acte includes a blustery two-bar fanfare, followed by a 3-part music cue bookended by Caesar's March. There is also the famous lesbian dance, which caused DeMille and a few Paramount executives considerable angst, not because of the implied sexuality, but the constant changes to the orchestration of the music so that the instruments would not drown out Miss Joyner's terribly [more Hispanic than Deep South] accented 'singing' in Dance of the Naked Moon.
Reactions: philip*eric, marcco00 and Darby67 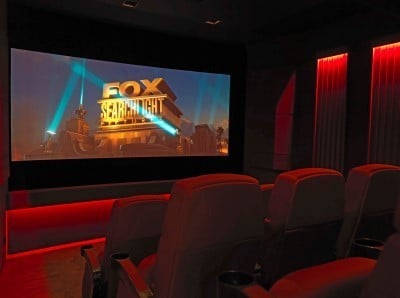 I cant wait to see it!
Reactions: marcco00 and Darby67

This is a Paramount production owned by Universal.

UCLA does the restoration.

So, when KINO licenses this title from Universal, do they have to license the restoration from UCLA as well?
Reactions: Darby67

dvd beaver has their review up....and Mr. Schlesinger the only extras are 2 commentaries.

as i recall she breaks the surface more than once in that scene!
Last edited: Aug 7, 2020
Reactions: Darby67

marcco00 said:
dvd beaver has their review up....and Mr. Schlesinger the only extras are 2 commentaries.

as i recall she breaks the surface more than once in that scene!
Click to expand...

Thanks! FTR, when UCLA premiered their restoration some years ago, they ran the prologue before the feature itself, so it was preserved as well. I guess no one else knew it existed! As you say, it's not a major loss, but it woulda made a nice extra.
Reactions: Brent Reid, Darby67, marcco00 and 1 other person

marcco00 said:
dvd beaver has their review up....and Mr. Schlesinger the only extras are 2 commentaries.

as i recall she breaks the surface more than once in that scene!
Click to expand...