Tod Browning's (yes, that Tod Browning) 1920 Outside the Law is a film that almost wasn't.

It only survives in 35mm due to the work of our Library of Congress, copying possibly the only extant 35mm nitrate print.

Universal has supported this restoration (with the financial aid of others), as they've been doing in the recent past, working to save what remains of their silent legacy.

While the packaging proudly announces that this is a Lon Chaney starring vehicle, that's not quite accurate.

For those saying "Priscilla who?" Ms Dean began in film in 1912, the same year as Mr. Chaney, and appears in about 50 short films before moving (as did the industry) into 3, 4, and 5 reelers. Outside the Law was somewhere around her 70th film.

That's a lot of nitrate. How many survive today, both discovered and undiscovered in anyone's guess.

But most of you are reading this to find out two things.

Is Outside the Law worth my viewing time, and what does it look like.

The film is pure gangster melodrama. It has one of the most annoying child actors ever to grace the great silver sheet. You'll see. The story holds up, and overall it's an interesting travel back 100 years to the silent era.

Imagery is a bit contrasty, as one would presume, but still with decent depth and gray scale. It's never a problem. At around the fifty minute mark - presumably reels 5 and 6, we find ourselves within the wonder, majesty and purity of nitrate decomp and decay. Never overwhelming, but very obvious, it's something that you get used to and may (as do I) consider it a friend, that makes it known that what you're viewing has survived by chance.

The score by Anton Sanko works nicely to tie everything together.

It should go without saying that your purchase supports film restoration.

As an side, there was also a 1930 talkie version, with Mary Nolan and Edward G. Robinson (before his move to WB), directed by one Tod Browning (yes, that Tod Browning). 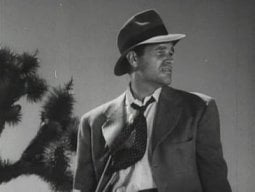 Way back in the mid-'70s, when MoMA did its Universal retrospective, it showed possibly the 35mm nitrate print you're referencing. I was in the audience. And there were many Priscilla Dean films shown because she was their main star at the very beginning. As to how many Chaney films survive and their current condition, Jon Mirsalis would probably give us a good approximation.

Might have been nifty if Kino could have included the 1930 talkie remake as an extra, as it was also directed by Browning. Could make for an interesting comparison, although maybe not, as I recall the talkie being a bit of a drag. Edward G. Robinson didn't exactly cover himself in glory with his portrayal of the gangster villain with an ostensible Oriental background but talks and bellows like the kind of Italian gangster he'd soon be as Little Caesar. Mary Nolan isn't exactly bad in the lead (it's probably her best talkie performance), but she's terribly acidic, and doesn't have the winsome, wide-eyed charm of Priscilla Dean. Eh, so maybe it was smart not to include it, after all.

I'm looking forward to all three Dean films that Kino is serving up. She was definitely Universal's biggest star-actress there for several years in the early-1920s (displacing Dorothy Philips, I suppose?), before that specific throne was taken by Laura La Plante in the later part of the decade. Two of Dean's biggest films were not necessarily crime films, but period spectacles, "The Virgin of Stamboul" (1920) and "Under Two Flags" (1921). The former had her co-starring with her then-husband Wheeler Oakman (later a fixture in movie serials). The latter film, "Under Two Flags," is supposed to still be around, and I wish Kino could have considered this, if the surviving elements are good enough for blu. Dean was spotlighted in an early issue of the "Filmograph" fanzine (circa 1970), and personally prefaced the article with this little comment, which I'll relay for the heck of it, even if it doesn't seem to convey much:

Dean: "There is hardly a single day I regret of my movie-making period, which, to my good fortune, coincided with a period that was history-making for American filmdom: 1911-1927. It was an interesting and instructive period, yes - and glamorous and exciting too - and I am happy I was a part of it."
Reactions: bujaki and Detour (1945)

I love silent films from this period. They are so exciting and like time travel. Like Gloria Swanson said in Sunset Blvd., "I can say anything I want with my eyes."
Reactions: Detour (1945)

warnerbro said:
I love silent films from this period. They are so exciting and like time travel. Like Gloria Swanson said in Sunset Blvd., "I can say anything I want with my eyes."
Click to expand...