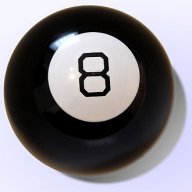 First, CBS is in the process of adding a digital subchannel to all 16 of their network owned and operated (O&O) stations - Decades.

Welcome to "Countdown to Decades", the unique binge viewing event unlike any other. Our special program lineup is dedicated to one TV series at a time, with continuing episodes airing in sequence 24 hours a day. Viewers will be able to binge on episode after episode of each program as it airs in order. Fans of every genre will enjoy 36 different TV series over the next 5 months.

As the name implies, "Countdown to Decades" is programmed to count down to the official premiere of DECADES, the new multicast network presented in partnership with CBS Television Stations. DECADES is a joint venture with Weigel Broadcasting, founder of other DTV subchannels MOVIES!, Me-TV, and Heroes & Icons. Weigel will be responsible for distribution on non-CBS O&O DTV stations.


Second, ABC will be adding a new digital subchannel on April 15, to all 8 of their network O&O's - LAFF

Scripps Broadcasting will also be on board in 13 cities. At launch, LAFF will reach a total of over 40% of US TV viewers.


Programming will consist of a mix of newer movies, sitcoms (Ellen, The Drew Carey Show), and standup comedy, targeted to 18 to 49 adults. LAFF joins BOUNCE TV, GRIT, and ESCAPE in the Katz Broadcasting portfolio. Katz Broadcasting was established in 2014 by former Turner Broadcasting executive Jonathan Katz.

Another one, on the way, is BUZZr, on FOX subchannels, showing game shows.


Bob Gu said:
Another one, on the way, is BUZZr, on FOX subchannels, showing game shows.

Yes, Buzzr will feature classic TV game shows and is scheduled to launch on May 31, 2015. At a minimum Buzzr will be on all 17 Fox O&O stations.

Any listing of which O&O stations those are?
We used to have a subchannel on the local affiliate showing ThisTV, but either it folded or Comcast acted like greedy pigs again about any free digital channels they couldn't sell on a package.


Decades seems to be mostly the CBS-owned series (Twilight Zone, Mission Impossible, Irwin Allen) that got booted off of Nick TVLand when TVLand became an all-Viacom channel, so if parent corporations are what killed off reruns on cable and syndicated TV, it's up to parent corporations to fix it.

Sorry. The abbreviation typically used for Digital Television is DTV. I use D* for DirecTV.

Ejanss said:
Any listing of which O&O stations those are?
Click to expand...

If you go to the Wiki link for BUZZr (post #2 above) it has all the local stations, up to this point.

Ejanss said:
We used to have a subchannel on the local affiliate showing ThisTV, but either it folded or Comcast acted like greedy pigs again about any free digital channels they couldn't sell on a package.
Click to expand...

To my knowledge (in this case substantial), if a local full power DTV station carries subchannels, Comcast carries all of them.


I'd bet the local station dumped the channel. Where do you live?


The 'bible for local DTV stations', RabbitEars.info, has all the details on all the TV markets across the country.

Verizon Fios announced that Decades is ending on or about September 3, 2018. It will be replaced by something called Smart TV which is described as dramas from the CBS Library. It was mentioned as a provider change and not a Fios change.
You must log in or register to reply here.
Share:
Facebook Twitter Reddit Pinterest Tumblr WhatsApp Email Link