Rustifer said:
Well, I'll be! I don't think I was aware of that tendency until you mentioned it and I reread some of my posts. I guess I push satire a bit too far sometimes. I'll try to pay more mind to that in the future. Thankful for your sense of humor!
Click to expand...

The shows we grew up on promoted a cringe worthy ethos - our heroes drinking with, and then sleeping, with their clients was just business as usual. So a review written with that in mind shouldn't offend - and doesn't! Don't let me cramp your style.

Jacqueline Beer with her husband, famed author, explorer and adventurer Thor Heyerdahl in the 1990s.
When we were kids back in the 50s and 60s and the subject of explorer/adventurers came up, two names likely came to mind...Jacques Cousteau and Thor Heyerdahl. I was thrilled by the heroic notion of rediscovering possible prehistoric voyages of discovery as presented in 'Kon-Tiki' and 'Voyage of the Ra', where Heyerdahl and his crew sailed a balsawood raft across the Pacific in 1947 and a papyrus boat across the Atlantic to the Americas in 1969...Jacqueline Beer remains Chair of the board of directors of the Thor Heyerdahl Research Center in Aylesbury UK to this day... Weird, possibly creepy publicity photo for 77 Sunset Strip's Season two's The One That Got Away (Jan. 22, 1960)...I believe Roger is turning on Edd's air supply here...at least that's what I hope he's doing, ha, ha...I think he would have rather had his hand in the same place for Whitney Blake or Lisa Montell, who were both in this same episode... I find it rather alluring.

Flashgear said:
Weird, possibly creepy publicity photo for 77 Sunset Strip's Season two's The One That Got Away (Jan. 22, 1960)...I believe Roger is turning on Edd's air supply here...at least that's what I hope he's doing, ha, ha...I think he would have rather had his hand in the same place for Whitney Blake or Lisa Montell, who were both in this same episode...
View attachment 81609
Click to expand...

Whose hair maintains that level of composure while on a boat in the ocean? And isn't it great that Jeff Spencer found a shirt made out of a residential awning? There's more than a passing similarity to the office setup of Randolph & Calhoun and that of Bailey & Spencer. Both are next door to a classy restaurant, which seems to be integral to a private investigation firm--the ability to get a martini or chateaubriand within a few walking steps distance. What's interesting about the office layout of Randolph & Calhoun is that Rex (Richard Long)--the company's resident epicurean aficionado--has a bar and kitchenette in his office. Many are the episodes where Rex, in off hours, is whipping up a version of Gumbo, or oyster stew (with just a sprig of thyme), or alligator fricassee--which everyone knows gator must be prepared in a crockpot (insert rimshot here). Nonetheless, clients entering the establishment are surely assailed by the wafting aroma of Creole cuisine, begging the question "Did I just walk into a Popeye's?" Relax. Have a Sazarac on the rocks, Rex or Cal (Andrew Duggan) will be with you soon. After lunch.

Mon Dieu! Someone has stolen the precious golden beetle from the dusty antique collection of fussy old Charity LeGrande (Frieda Inescort). She and her stunning niece April (Mala Powers) make a beeline for the office of Randolph & Calhoun--and are greeted by Rex in an apron stained with chicken liver pate. It doesn't inspire confidence in Charity as to his investigative prowess, even though she herself is dressed in what appears to be the height of 1912 fashion from the Sears Catalog. Be that as it may, Rex and Cal are hired to find April's missing hubby, Victor, whom they suspect stole the golden beetle. This precipitates a Mad, Mad, Mad, Mad World-like chase to find and dig up the mythical treasure of Emperor of the Bayou--Pirate Jean Lafitte. You know, a chest filled with tableware, golden trinkets and back issues of Reader's Digest. In addition to Rex, also pursuing the treasure is bitter lemon-face Dr. Zorb (Vaughn Taylor), an antique dealer of questionable ethics. He once presented an Ikea bookshelf as a priceless 17th century King Louis XIV china cabinet. Rex continues to search for April's husband Victor, only to find he's been rudely drilled by a couple of .38 slugs--but with dying gasp is able to indicate where an important treasure clue is hidden before plopping over dead.

Eventually Rex, April, Dr. Zorn and his henchmen meet up in a stretch of swampland usually reserved for timeshare condo sales. Complicated map instructions lead the bunch to a mosquito-infested spot of the treasure. The chest is duly dug up only to find it's ingeniously booby-trapped to slice anyone in half upon opening the crate. It's a grand way to dispatch the bad guys and leave Rex with the valuable contents within. To celebrate the joyous occasion back at the office, Rex blows a wad on expensive king crab legs and foie gras for dinner--only to find uninvited guests belonging to the Internal Revenue Service.

I've been spending some lovely evenings re-watching several of my favorite 77SS episodes--without the burden of taken notes, making summaries and composing posts. Not that I mind doing that, but it's nice just to sit back in my recliner with my straight up vodka martini with anchovy stuffed olives and enjoy the episodes in leisure.
However, there are little snippets that occur that I'm tempted to write down--as they're just too juicy to pass up. For instance, in "Family Skeleton", Gail Robbins screams at Yvonne Craig--"You stupid, law-abiding FOOL!!" Oh, snap. How dare one be a law-abiding fool.

There's also a scene where Stu Bailey enters a bar called The Dry Martini. Behind the bartender, the racks of liquor contain not one bottle of vodka or gin. I guess no vodka or gin indeed makes for a very dry martini.

Here's me being lazy again...

It being a warm, rainy night in Indiana, I thought what better time to mix up a batch of martinis and settle in to watch "The Parallel Caper".
Most of this episode centers around a dock in San Pedro, which is really a WB backlot location that I've seen used a dozen times in episodes. There's no indication of actual sea, just fishing nets, seafaring ruffians and fog horns in the distance. The shack on the waterfront has served many purposes--a few that come to my mind is a boat slip rental (Common Denominator), surf shop (Rival Eye Caper) and in this particular instance, a marine supplies store.
The story opens with old fisherman Tony Ziretti docking his small boat and observing some suspicious characters unloading crates into a warehouse. When he investigates, well--that's the last of Tony. All that's left of any clues is some grease on his hands. Stay tuned, for this is a key to the whole mystery.
Pretty Nina Ziretti (Danielle de Metz) comes to visit Kookie (now a full blown detective in the firm--with business card!) asking him to look into her father Tony's death. Simultaneous to this, Jeff Spenser gets a visit from Marianne Winston (Allison Hayes), whose brother is mixed up with a shady girlfriend Lucita Martinez (Lisa Montell) and her oily uncle. You following all this? 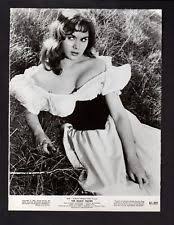 Both Kookie and Jeff take on their respective cases after some necessary kissy-face with their clients. Jeff enlists Roscoe to follow Lisa's uncle, while Kookie employs the bouncy JR to do his bidding. We catch Lisa and her uncle in full lip lock when they think they're alone. Now since this is 1961 television, one can assume this is not a discourse on incest, but rather a ruse to utilize Marianne's brother's yacht to smuggle illegal guns to Latin America. In the meantime, the crates are being stored in the pier's warehouse.
The guns are packed in grease. Seeing the picture yet? Jeff's clues are all leading to the smuggling operation and the warehouse. Kookie's investigation also leads to the warehouse. Why, there's a parallel here!

The action comes to a head when both detectives infiltrate the building unawares of each other's presence. Scuffling and fighting the crooked dock workers leads to gunfire--with both Jeff and Kookie blindly shooting at one another. Lt. Gilmore fortunately puts and end to the whole shebang. Everyone gets a good laugh from coming close to killing one another.
This is a well written, well directed episode that is lifted by the interactions of Roger Smith and Edd Byrnes. Nice to see Kookie finally has his own business card and office.

I was able to freeze a frame of Jeff and Kookie in "The Parallel Caper" as they stroll through their office lobby. I'm always fascinated by who's listed on the office directory. I've reported on the tenants in the past, but I saw some new ones this time:
1st Floor:
Bailey & Spenser Investigations
Sunset Answering Service
Dick Howard Enterprises
George J. Callos

I'm curious if any of these companies / names are inside jokes among the cast and crew. I bet they are.

With your help, Rob, we'll get there.

Rustifer said:
With your help, Rob, we'll get there.
Click to expand...

I'll do my best. I've been dealing with side effects of annoying drugs, but that's all past now (I hope).

Roger Smith with his then-wife Victoria Shaw on the cover of Look Magazine for the March 1, 1960 issue at about the same time he returned to filming on 77 Sunset Strip's season two after convalescing from his brain surgery...has anybody read this article? And I wonder if any legal actions were taken by Roger in regard to his doctors' "mistakes"? criblecoblis said:
I'll do my best. I've been dealing with side effects of annoying drugs, but that's all past now (I hope).
Click to expand...

Welcome back Rob, and my sincere best wishes for your recovery and good health to come!
Hope to hear more from you! My highest regards from the frozen North of Canada! Happy Thanksgiving to all my American Friends!
Last edited: Nov 25, 2020

Randall, I know that Roger Smith was diagnosed with myasthenia gravis much later (in 1965). Does anyone know if his disease was a result of the botched surgery?

Here is a 20 second YOUTUBE video of DINO's and the Sunset Strip.

For reservations, (and maybe for pandemic take-out, ha, ha)...call Olympic 2-7622...I must admit this menu item sounds delicious!

Publicity photo of Roger Smith and Gale Garnett for the third season episode The Double Death of Benny Markham (Nov.25, 1960), which aired 60 years ago this week... Flashgear said:
Publicity photo of Roger Smith and Gale Garnett for the third season episode The Double Death of Benny Markham (Nov.25, 1960), which aired 60 years ago this week...
View attachment 82507
Click to expand...

Great timing, Randall! I'm about to watch that very episode this afternoon, followed by "The Attic".
And a martini or two...

Not sure what episode this is from...with Kookie in a suit, probably from season 4 or 5...another publicity photo... Rustifer said:
Great timing, Randall! I'm about to watch that very episode this afternoon, followed by "The Attic".
And a martini or two...
Click to expand...

Yes that’s the same Gale Garnett who had the hit record “We’ll Sing in the Sunshine”. I haven’t nitpicked in awhile but the title of the episode you’re watching later is just “Attic” with no “The”.
You must log in or register to reply here.