Need to replace very old Panasonic Bly Ray player, as it now requires several attempts to load discs before it finally agrees to read them. Though I don't yet own a 4K TV, I ultimately will, so I plan to "future proof" the B/R player purchase by buying a 4K model.

Price is not a sensitive issue, quality definitely is. One thing I've focused on for maximum flexibility is that the player supports both Dolby Vision and HDR-10. Many "best in 2020" lists highlight both the Sony UBP-X700 and Sony UBP-X800M2.

In researching each more deeply, I'm seeing a small thread among purchaser reviews of issues with "'freezes", and the need to power down and power back up to deal with it. Several also report actually having to replace the unit entirely. Suffice to say, this is disquieting.

All that said, these are my questions:

- Safe to take the plunge with either of these? Do the far greater number of favorable "expert" as well as user reviews outweigh the minority of reports about the "freezing issue"?

- Sticking with these two players, your recommendation and rationale on choosing either the UBP-X700 or the UBP-X800M2?

- Other than these two, what other players (either SONY or other brands) might you recommend instead that provide equal or even better specs, features, and reliable performance?

As always with this superb forum, I'm grateful for your time and thoughts, and thank in advance all who respond! 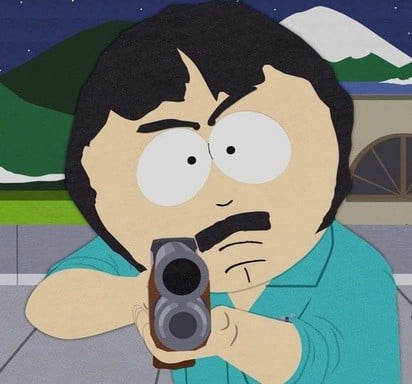 I have been looking into upgrading my Xbox One X with a dedicated player. I am seeing a lot on the Panasonic DP-UB900 for the enthusiasts. Have you looked at that model yet?

I too have read that the Sony models have issues.
D

liberty610 said:
I have been looking into upgrading my Xbox One X with a dedicated player. I am seeing a lot on the Panasonic DP-UB900 for the enthusiasts. Have you looked at that model yet?

I too have read that the Sony models have issues.
Click to expand...

John thanks for responding. Funny that you bring up the Panasonic.

Though I didn't get any other responses here, through more extensive research, I have settled on a Panasonic. I did check out the UB-9000, but I'm most likely going to go with the UB-820.

The major difference between the two is the 9000 is really geared toward serious audiophiles (the video performance is virtually the same). I'm not a gamer, and rarely watch "action" or heavy sound effects movies, so for me the 9000 is probably not worth the $600 price difference over the 820.

All that said, the Panasonics do seem to be far less troublesome than the SONYs. Thanks again for responding.
Reactions: Dave Blair

I think the UB820 is probably ideal for most people.
Reactions: Dave Blair and Scott Merryfield

I'm right in the same boat with you. I have had the 820 in an online shopping cart for a couple days now and I'm just not sure if I want to put down $400 on player.

I'm sure that image wise it's better than the Xbox one X that I'm currently using, but I'm not a huge movie person. I have a very connection of discs, but I'm not super big into it. But there are several releases and collections coming out this fall that I want to grab and enjoy while the winter is in. and I am somewhat of a quality nut. I do enjoy my Dolby vision when it's available, but the Xbox only provides that through streaming content on apps like Netflix. It doesn't work off the discs...

John and John, the UB-820 it shall be. Appreciate both of you taking the time to respond.

Not like it matters, but I'm perfectly satisfied with my Sony UBP-X700
J

I have the Sony X700, and the player locks much more often than it used to. It does it 3-4 times per week now. Beware ! It does it mostly while streaming Netflix, but it does it playing discs once in a while too.

I have had the Sony UBP-X700 for about a year and it has never locked up or given me any problems.

My biggest issue with Sony's players is their implementation of Dolby Vision support. You are required to turn the feature on and off manually, instead of the player automatically switching it on/off. The setting is buried in the setup menu. It a horrible design decision.

I own the original Sony X800 (no Dolby Vision) and the Panasonic UB820. I use the Panasonic for all my 4K discs -- the Sony is just a backup, and I mainly use it for TV shows on BD / DVD (so I don't have to take the disc out to watch a movie).

How many 4K discs do you own?

Deekay said:
Other than these two, what other players (either SONY or other brands) might you recommend instead that provide equal or even better specs, features, and reliable performance?
Click to expand...

I've had my Panasonic UB 820 for about 6 months or so and love it. For video playback I doubt you can do better. For audio support, its big brother, the UB9000 is better but at a steep price premium.

I currently own the first generation Sony X800 (since my Sony X900E tv does not support Dolby Vision I have not desire to upgrade to the second generation X800 that does support it) and am very happy with it. In the 2 years I have owned it, it has locked up maybe 3 times, but it's an electronic component, so I can live with that. I wish it had the ability to add more apps being a smart player, but it seems to be locked in with the ones that came with it, with no ability to add anymore. Also, it appears Sony has ended any update support on it, so the firmware version it's on will likely be the last. I prefer physical over streaming for the better audio, which is why I purchased a player.
Last edited: Oct 20, 2020

Not that it matters now, but my nearly-2-yo Sony X700 has also been perfectly fine (and did a pretty good job of 4K->1080p, HDR->SDR downconversion after some initial setup tweaking... until I finally upgraded my FP for 4K HDR). No real playback issues at all for me... though I haven't actually watched quite that many 4K discs on it so far and don't usually use it for streaming -- I did try out the streaming early on before I moved our Roku into the same/main system.

It does have its share of quirks and/or design flaws, but otherwise, seems to be a pretty good, inexpensive player if you don't get stuck w/ the occasional lemons that seem to be out there -- seems common enough amongst most brands other than Panasonic perhaps.

Good if looking for a budget player that's occasionally priced as low as <=$150 (particularly during the holiday shopping season)...