The reveal at the end of Liz's adopted children essentially being Tracy and Jenna was priceless. Loved the backdrop of great sitcoms over the closing credits. I noticed Get Smart, a show that I always referenced, as in "30 Rock is the funniest show since Get Smart!"

Did you catch that one of the classic sitcoms in the montage was Bob Uecker's Willy Wonka?

Donaghy: "I do admire Wonka. He's a true capitalist. His factory has zero government regulations, slave labor, and an indoor boat." I'm really sad to see this show go, but man, it is going out at the absolute top of its game. I love the inevitability of Kenneth's path. Remember Season One, when Jack predicted Kenneth could eventually be in charge? Come this fall, my reliable Thursday night TV lineup is going to be almost non-existent. At least we still have Parks and Rec. More gems:
[*] "Women who try to do things sure get killed a lot."
[*] "Have you ever seen the porn-version of Transformers?"
[*]They shouldn't still work, but somehow, the "Homonym" jokes always do. Higgins' maniacal laugh was amazing.
[*] "It's from [email protected]? Huh -- I guess there's another full-figured Bev at the office there."
[/list] This episode was surprisingly bittersweet. Bro Body-Douche was just incredibly awful/hilarious.

Tonight's the night, dummies! Lots of great press in advance of the show. Nice front page piece in the NYT on Tina Fey and the boundaries she broke with the show: http://tv.nytimes.com/2013/01/31/arts/television/tina-fey-signs-off-30-rock-broken-barriers-behind-her.html?hp&_r=0

I thought the finale was great; worthy of the show at its best. I'll really miss it - it's been my favorite show for 6 1/2 years.

The episode wasn't gut busting funny but it managed to be quite sweet without laying it on too thick and the quick 'endings' for the characters during the end credit sequence had some great funny stuff. Also, I'm pretty sure they got one more Star Wars joke at the last second too because I think I saw a Cloud Car (from Cloud City) flying by Kenneth's window. I said it before and I'll say it again- The show accomplished the near impossible in managing to be as good at the end as it was when they started. That's even more impressive when you think how many comedies (even great shows) have seen better days by the time they get to the end of their runs. Thanks to all involved with 30 Rock for seven years of one of the best shows ever made!

Goddamn it, my heart hurts right now. (Meant to post earlier, but lack of free time...and...well...) Might as well start with the quoting. It'll make it seem like this isn't really the end of everything.
[*] "Oh my God, you're just an alcoholic with a great voice!"
[*] "...you box of factory-defective dildos!"
[*] "And when that sandwich slides out of you a week later...you will know...LUTZ'S REVENGE."
[*] "I figured it out, Lemon! Clear dishwashers!"
[*]"I spent my Christmas getting drunk and throwing firecrackers at Billy Joel's dog."
[*] "My two-year-old is gay, and we love him more than a straight child. BECAUSE HE DOESN'T RAPE!!!"
[/list] Jack checking off all the people he had pissed off: Pelosi, Maddow, Baldwin. I thought the last shot of an unaged Kenneth was the perfect way to end the show. Also love that they brought back Hayek and Julianne Moore simply for the "Jack-fucked-their-accents-out-of-them" joke. I'm not sure how I feel about this new, 30 Rock-less existence I find myself living this past week. Adios 30 Rock -- you will be missed. It was nice to go to there.

We still have Parks and Recs to hold us over.
S

I just finally got around to watching the finale. I thought it was...well...cute? Decent send-off I suppose. The show had a nice little run. Certainly wasn't anything groundbreaking for network TV like 'Arrested Development' was, and I'd have to disagree that it was as good at the end as it was at the beginning. I actually started to lose interest a few seasons ago, and relegated it to workout viewing. I think I'll miss Cerie the most. She has to have the record for longest running recurring character with the least amount of screen time.

Complete series coming to Blu-Ray on 4/29: 'Bout time for a rewatch, anyway.

Oh, wait, did the DVDs have extended episodes, and does Mill Creek get those?
Reactions: TravisR

^ Yeah, there were several extended cuts spread across the DVD sets, but this being a Universal-owned property, I'm rather dreading the final spec-sheet, since they've generally refused to provide much in the way of extras to Mill Creek in recent BD sets. Their 2018 release of Community was fantastic, with nearly all the previous DVD extras ported over (and even debuted the Season 6 Yahoo! Screen audio-commentary tracks on physical media for the first time ever)...but Community is owned by Sony, so that very likely played a role there.

Is that Princess Carolyn?

Article about the making of the special.

‘30 Rock’: How The Reunion Special Came About & Was Filmed Under Quarantine

The cast and crew of 30 Rock have lifted the lid on the NBC comedy’s reunion special. 30 Rock: A One Time-Special, which airs tonight on NBC as well as a number of NBCUniversal’s other networ…

I enjoyed it. It was great to see the whole cast, even if it was essentially for an ad for NBC’s lineup. But the writers and the cast still have it. I’m glad they did it.

The on-air broadcast of this special was dumped to after midnight for some reason on the nearby nbc affliliate. 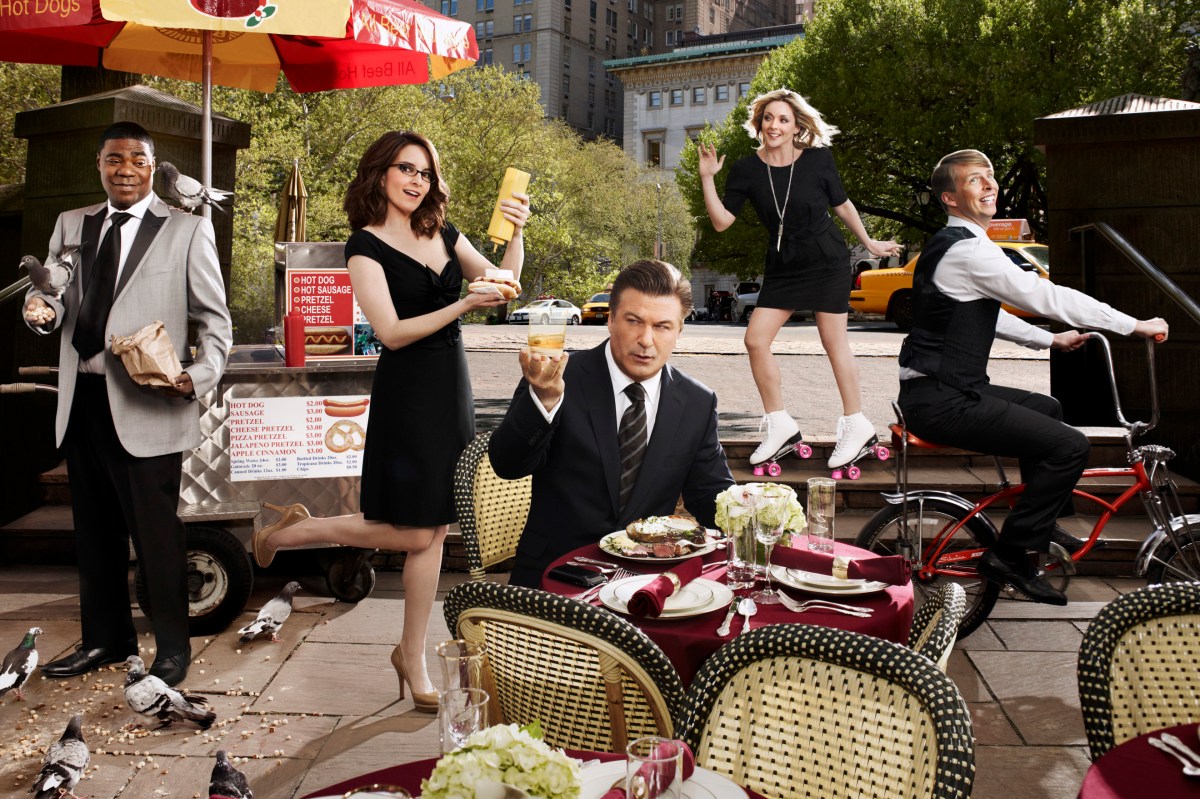 It was fun seeing everyone again (Tracy's exotic fish always make me laugh and Jenna pooping in Mandy Moore's thermos is hilariously in-character for her) but it felt like there was 68 minutes of commercials in the hour. I certainly understand the joke that the entire thing was basically a commercial but there was an insane amount of commercial breaks with very short acts in between. Honestly, I'd be shocked if the 30 Rock segments were much more than 30 minutes total.
Reactions: Sam Favate
You must log in or register to reply here.

A whole lot of Cheap codes-Willing to trade also.

FS: Tons of TV Shows on Bluray and DVD