Forum List What's new Dark Style Change width
Log in Register
What's new Search
Menu
Log in
Register
Navigation
Install the app
More options
Dark Style
Close Menu
Posted on June 21, 2019 by Martin Dew
You are using an out of date browser. It may not display this or other websites correctly.
You should upgrade or use an alternative browser.

In the US alone, more than 48 million people live with physical disabilities, but a new web-based technology for tablets and computers from Comcast supports eye control for a variety of TV-watching functions. Comcast says that Xfinity X1 eye control pairs up with an existing eye gaze system which enables viewers to change channel, set a recording, search for a show etc. by glancing at the screen.

“Changing the channel on a TV is something most of us take for granted but until now, it was a near-impossible task for millions of viewers,” said Tom Wlodkowski, Vice President Accessibility at Comcast. “When you make a product more inclusive you create a better experience for everyone and we’re hoping our new X1 feature makes a real difference in the lives of our customers. 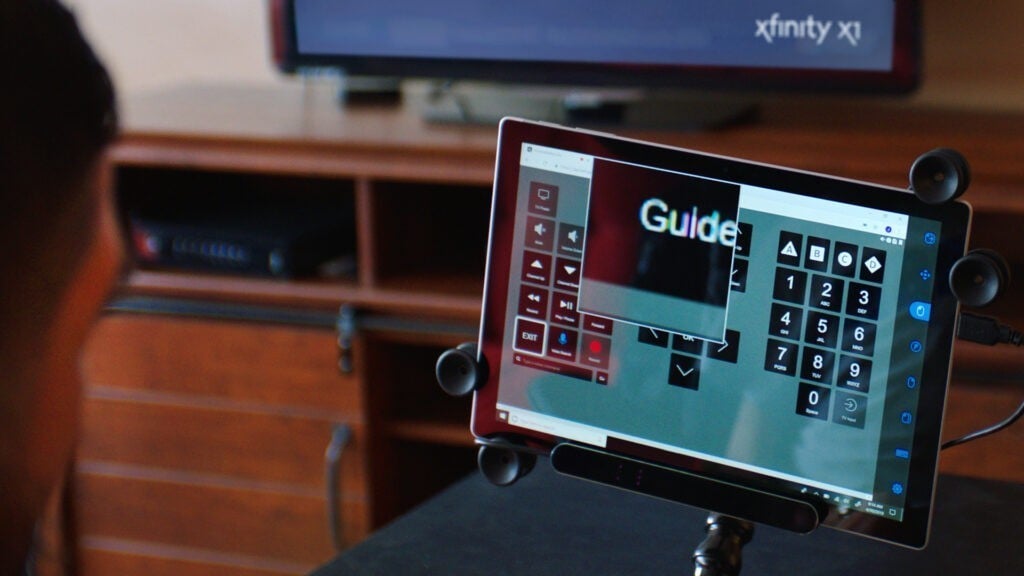 Comcast explains that Xfinity users go to xfin.tv/access and pair a web-based remote with set-top box after which the act of gazing at a button sends commands to a television.

“We are pleased to see how Comcast continues to make their products and solutions accessible,” said Tara Rudnicki, President North America Tobii Dynavox, a leading provider of touch and eye tracking assistive technology hardware and software. “As an assistive technology company, we want to empower our users to live independent lives. With the X1 eye control now enabled with eye gaze, it will come to great use for many of them.”

Further functionality for the eye control system includes launching the guide and searching for a recording, and the provision of an X1 Sports App shows real-time sports scores and statistics while a game is playing out on-screen. X1’s Accessiblity menu will also control closed captioning, video descriptions and voice guidance. Voice commands can be typed out by using the gaze method, where a user might, for example, request “watch NBC” or “action movies”.

Comcast launched the industry’s first talking TV guide, introduced a voice remote control and produced the first live entertainment program available to people with visual impairments. For the 2016 Rio Olympics, NBC included video description with every primetime show throughout the event and then extended the feature to the 2018 PyeongChang Paralympics broadcasts on NBC and NBCSN. Comcast also has a service center dedicated to customers with disabilities, and agents are trained in the company’s accessibility features and general support issues.