This collectible set consists of the following six movies, each reviewed individually:

Dr. Strangelove or: How I Learned to Stop Worrying and Love the Bomb

A League of Their Own

On the surface, this appears to be a hodge-podge collection of films, but as Julie Kirgo notes in her Introduction in the included hard-bound book in this set:

What a splendid bunch of misfits inhabits these films, struggling to make their mark, to save the world (or maybe just their world), sometimes making a hash of it but always offering us something magnificent we can laugh at or admire, identify with, or simply love.

After having viewed all six, I’d have to agree. Every movie is timeless, from Mr. Smith’s naïve look at politics, the craziness and insanity of war in both Lawrence of Arabia and Dr. Strangelove, the passion for freedom and independence of Gandhi, the reality of having everything stripped away and finding love on the way in Jerry Maguire, and what is more timeless than baseball or women’s rights in A League of Their Own? Granted, both Jerry Maguire and A League of Their Own were included in this set after Sony asked movie fans to choose their favorite movies they wanted to see.

Nearly every film in this set benefits greatly from these new 4K UHD transfers (the possible exception being Mr. Smith Goes to Washington due to its severe increase in film grain). Pretty much what one expects these days from Sony when it comes to catalog releases.

Only two of the films in this set were not upgraded to Dolby Atmos, and frankly I cannot imagine Mr. Smith or even Dr. Strangelove benefitting from the use of spatial audio. And while the new Atmos mixes of the four remaining films may not truly demo your home theater to its full potential, they are noticeably more immersive without being gimmicky.

It is nice to see that Sony was able to port over much of the bonus material from Criterion’s release of Dr. Strangelove and make it available on the UHD version for this collection, while also including trailers, interviews, and even a discarded prologue to the majority of these films, and even giving the Blu-ray edition of A League of Their Own an upgraded transfer and three episodes from the short-lived television series.

More importantly, at least for me, was the jettisoning of Sony’s frustrating UHD menu design that not only took forever for the user to set up language options, but required the user to leave the film to do something as simple as turning on subtitles or change a soundtrack option. This new menu design is very similar to what Universal has been using for almost a year now, with your standard options at the bottom of the screen and any special features listed on the far right of the screen. Thank you, thank you, thank you!

Packaging and Collectible Book:
The set comes housed in a box that folds out to reveal three movies on each side, each one housed in its own UHD keepcase, allowing the collector the option of placing the entire box on his or her shelf OR removing the six films and placing them on the shelf with their other movies. Behind the fold out enclosures is a hard bound book that includes individual essays on each film by Julie Kirgo (and lots of production stills and other artwork), plus restoration notes and other short essays.

Bonus DVD:
Stuffed between the keepcases you’ll find a lone DVD in a plain disc envelope that contains two additional featurettes. If you are wondering where to store this disc, I would suggest placing it inside the keepcase for Gandhi, since it has more in common with that film than any other.

Mr. Attenborough & Mr. Gandhi Documentary (480i; 50:45): An archival documentary on the making of Gandhi.

Digital Copies and Sony Rewards Points: An insert contains codes to redeem digital copies of all six movies on Movies Anywhere. Those same codes can be redeemed on the Sony Rewards app for bonus points and earn passes toward a free digital movie on Movies Anywhere. Unfortunately, at the time of this review, only Mr. Smith Goes to Washington, A League of Their Own and Jerry Maguire were eligible to be redeemed on Sony Rewards, despite instructions on the reverse of the insert indicating that all six movies were eligible.

If you are a true fan of classic cinema, Columbia Classics 4K Ultra HD Collection is a must-have, and if you shop around, it can be found for around $100, less than $17 per movie.

Great 4K box set from Columbia and i look forward to volume 2....with all the extras included.
Reactions: Todd Erwin 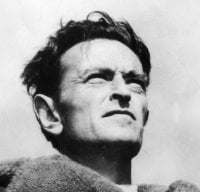 It's a fantastic box set, so glad I picked it up. I would, however, like to understand why those who design these things cannot create a less destructive method of removing the films from their enclosures.
You must log in or register to reply here. 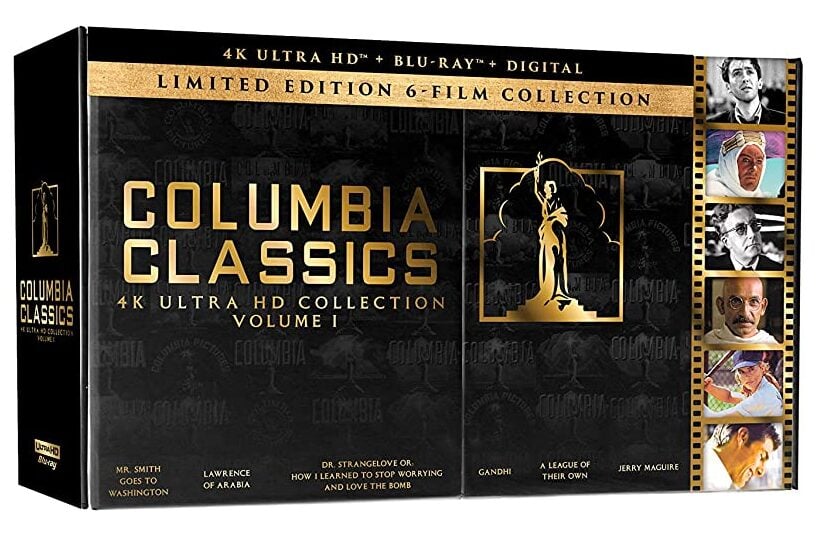