Forum List What's new Dark Style Change width
Log in Register
What's new Search
Menu
Log in
Register
Navigation
Install the app
More options
Dark Style
Close Menu
Posted on March 29, 2020 by t1g3r5fan
You are using an out of date browser. It may not display this or other websites correctly.
You should upgrade or use an alternative browser.
Cult Technicolor adventure debuts on Blu-ray 3.5 Stars

German director Robert Siodmak came to Hollywood due to the rise of Hitler in Germany during the 1930’s as well as the advent of WWII sweeping across Europe. After resettling here in America, he began to make his name by directing a series of unpretentious and stylish crime thrillers as well as B movies for Universal Pictures in the 1940’s. One of those B pictures he made during this decade was Cobra Woman, an exotic adventure film that was among the first movies Universal shot in glorious Technicolor. Previously released on MOD DVD by Universal, Kino has licensed the film for its Blu-ray debut as part of their Studio Classics line.

On a small isle in the Pacific, Ramu (Jon Hall) is set to marry his fiancee Tollea (Maria Montez) when she is suddenly abducted the day before their wedding. Ramu soon learns that she has been taken to Cobra Island, where Tollea is the granddaughter of the Queen (Mary Nash) and her evil twin sister Naja (also Maria Montez) is the high priestess and rules over the people there with fear. With his friend and sidekick Kado (Sabu) by his side, Ramu must survive the perils of Cobra Island to ensure that Tollea can dispatch of Naja and bring peace back to the people.

Cobra Woman is quite simply a colorful exotic adventure that has go on to have a long life as a cult classic. Siodmak’s stylish direction proves to be just as suited to the lush Technicolor trappings as it was to the black-and-white noir settings he is best known for; he also keeps the action moving along at a brisk pace. The only issue here is that the script is a bit thin on plot in comparison to other exotic adventures filmed around this time, but it does offer more than a few moments that helped the movie attain cult status: Naja’s swim in the pools with an unsuspecting Ramu, the exotic “snake dance” that Naja preforms during a religious ritual, and the movie’s most notable line during Naja’s confrontation with Tollea – “Give me dat cobra jewel.” While it may not be the most acclaimed adventure movie of the decade, Cobra Woman is certainly one of the most memorable, bathed in Technicolor with spirited performances and some memorable moments worthy of its cult status.

Maria Montez, in a double role, shows why she was considered the “Queen of Technicolor”; it would be one of her most notable roles in a career cut tragically short in 1951 at the age of 39. Jon Hall continued his run as the hero of exotic adventures with a decent turn as Ramu; he’s best known for his star making role in John Ford’s The Hurricane (1937) and for playing the Invisible Man twice for Universal (Invisible Agent in 1942 & The Invisible Man’s Revenge in 1944). Getting another sidekick role here as Kado is Sabu, who adds a comedic element to the movie; this would be the third and last movie he would appear in with both Montez and Hall before he was drafted to serve in the Army. Other notable cast members here are Edgar Barrier as the villainous high priest Martok, Mary Nash as the Queen of Cobra Island, Lois Collier as the servant of the Queen, Samuel S. Hinds and Moroni Olsen as friends of Ramu from his home island, and Lon Chaney Jr. – the Wolf Man himself – as the silent servant Hava who leads both Ramu and Kado to Cobra Island.

The film is presented in its original 1:37:1 aspect ratio for this release. Film grain is organic throughout, with fine details and the vivid Technicolor palette given a faithful representation. There’s minimal instances of dirt, speckling, tears, scratches or fading present, which means that this is likely the best the movie will ever look on home video and a major upgrade over previous home video incarnations.

The film’s original mono soundtrack is presented on a DTS-HD Master Audio track for this release. Dialogue and the sound mix are both strong and clear with Edward Ward’s score given great fidelity, strength and ambiance. There’s minimal problems like distortion, crackling or hissing present, making this release likely the best the movie will ever sound and another upgrade over past incarnations on home video.

Commentary by film historian Phillipa Berry – Recorded for this release, Berry goes over some of the production details on the movie as well as the background of the cast and crew members.

Although it has faded in the minds of the general public over the years, Cobra Woman has survived as a cult favorite worthy of rediscovery and enjoyment. Kino continues its streak of releasing quality Blu-ray here, with a great transfer and a decent commentary track to complement the feature. Highly recommended.

Private Lives of Elizabeth and Essex, The [Blu-Ray]

Great review though I would give the video a 5- it's drop dead gorgeous. The transfer is the key and makes the movie all the more enjoyable as it reeks in excess. Loads of fun and a totally escapist flick.

Is Maria’s dance as good as Debra Paget’s in Indian Tomb?

I'm answering with a definitive no, but then it depends what you're looking for. Debra Paget's dance in INDIAN TOMB is so visceral it made the hair on the back of my neck stand up and the disc it was imprinted on seem to combust from the heat of her movements. The dance in COBRA WOMAN is clunky and campy, not sexy. It launched a thousand drag acts, while Ms. Paget's no doubt inspired thousands of wet dreams.

Was there a sequel to this film ?? or did I imagine it ??

AlanP said:
Was there a sequel to this film ?? or did I imagine it ??
Click to expand...

Universal did a 1955 feature titled CULT OF THE COBRA with Faith Domergue but it was not a sequel.
You must log in or register to reply here. 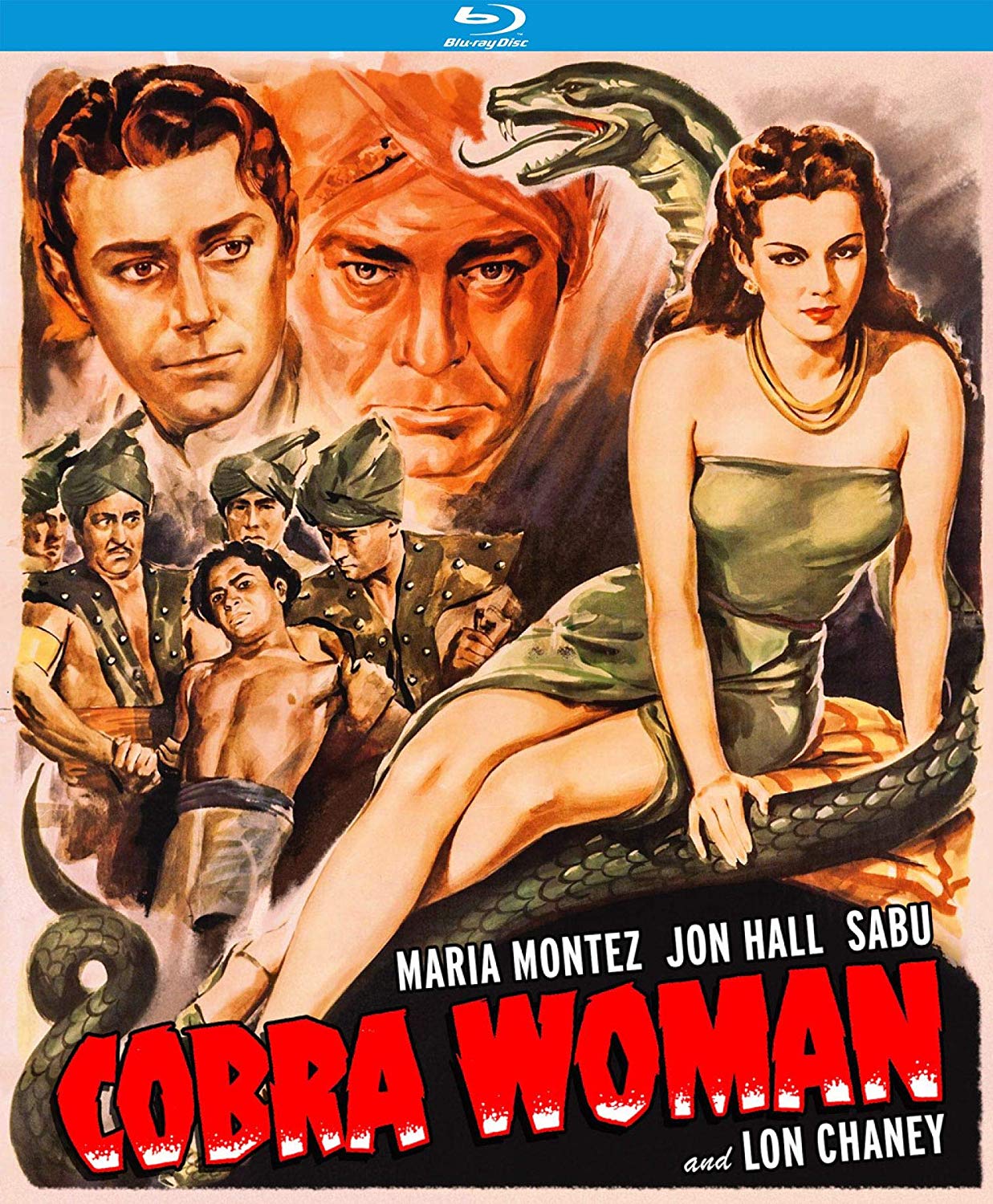