I believe this is every film Clint Eastwood starred in and/or directed from all studios. Most in blu ray except for 7 films that have not been released in blu ray. 300 pounds so not cheap. 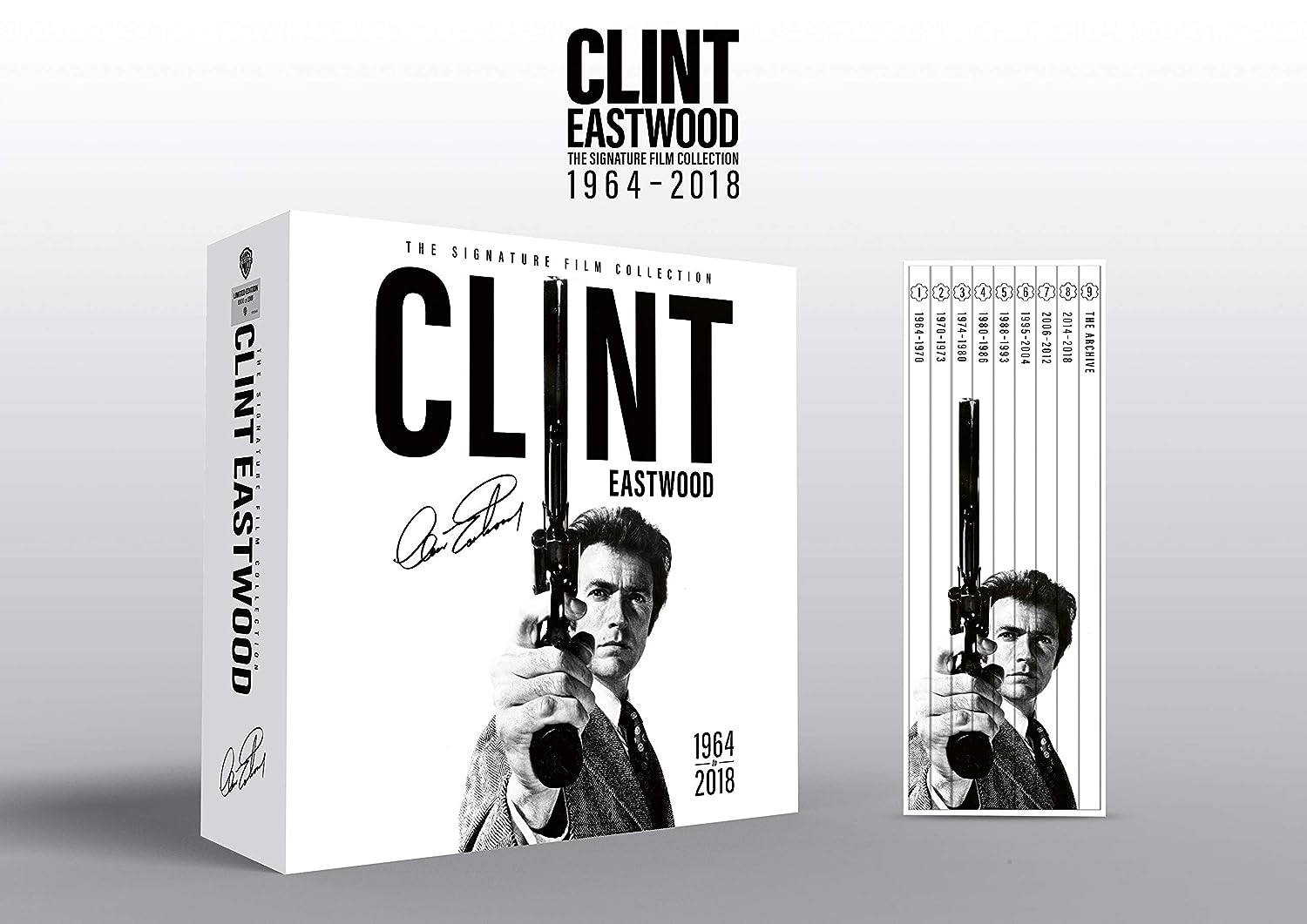 ACTOR, DIRECTOR, ICON.In 1964, Clint Eastwood starred in his first feature, A Fistful of Dollars, and by 1971 he had stepped behind the camera to direct his first feature, Play Misty for Me. Over the next five decades Clint Eastwood’s work continues to inspire and influence filmmakers and film fans alike resulting in over 150 acting and directing awards and nominations for his work during his magnificent career.Together for the first time, own all 61 films Starring or Directed by Clint Eastwood in one beautiful collection. This limited-edition signature collection boxset contains 63 discs; 61 feature-length films and two behind-the-scenes documentaries, as well as a collection of posters, art cards, and stills offering a closer look at some of Clint Eastwood’s most iconic roles. Each boxset is individually numbered and contains an introductory foreword from Clint Eastwood.**Please note that this is a Blu-ray collection but 7 films below are DVD discs as they are not available on Blu-ray**: Paint Your Wagon (1969), Thunderbolt and Lightfoot (1974), Bronco Billy (1980), Honkytonk Man (1982), Bird (1988), Pink Cadillac (1989), and White Hunter Black Heart (1990).

At least this set won't get the complaints about why their favorite Eastwood film was not included when it was made by a different studio. While it is a shame the 7 films are only on DVD can you imagine the outcry if this set was the only way to get the 7 on blu ray ? Of course with streaming there would probably not be the outcry of years past.
Reactions: PMF, JohnMor and ahollis

Thunderbolt and Lightfoot and Bronco Billy are both available on blu-ray.
Expand signature
My Blu-ray / DVD Collection
Reactions: PMF

Perhaps not in the UK. I checked Bronco Billy on Amazon UK and the only blu ray I saw was region 1 locked from the Warner Archive. At least that is how it was listed. Aren't most archive titles region free?
Reactions: JohnMor

At current echange rates, that comes out to $233.25US or $3.82US per film. Not bad if you don't own any of these already.
Expand signature
Careful man, there's a beverage here!
Reactions: Osato

Actually, that comes out to about $386US, or $6.32 per film. The pound is worth more than the dollar - for now
Expand signature
Sealed with a curse as sharp as a knife. Doomed is your soul and damned is your life.
Reactions: Osato

Double post.
Expand signature
Sealed with a curse as sharp as a knife. Doomed is your soul and damned is your life.
Reactions: dpippel

That's the problem in a nutshell of most of us Clint Eastwood fans.
Expand signature
Crawdaddy's favorite "The Mandalorian" Quotes: "This is the Way" and "I have Spoken"

Yup and I have the rest of those missing titles on HD digital except Honkytonk Man.
Expand signature
Crawdaddy's favorite "The Mandalorian" Quotes: "This is the Way" and "I have Spoken"

You are correct! I'd entered values into my currency converter backwards. D'OH! Thanks for spotting my error.
Expand signature
Careful man, there's a beverage here!
P

And "Bird";
to which WB released on Blu, but only in France.
I wonder why they do us this way?

BOTTOM LINE:
If a package at this price is not entirely uniformed to BLU, then all is pointless and incomplete. 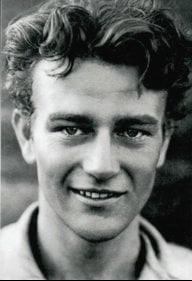 Clint is translated into A$560 if UK300 is correct or over A$9 a film, plus 10% tax if applied and delivery costs. 61 films is fine in blu ray if you don't have them but... the upfront cost is too much for many people like me.

Yes, I have thought about a blu ray release of Paint Your Wagon, one of those musicals like, for example Finian's Rainbow, filmed many years after the premiere stage versions.
Reactions: Osato

Dave Moritz said:
That is a nice collection of Clint Eastwood movies but the fact in the day of 4K blu-rays I am not ok with the fact that 7 titles are on DVD! If they where all at least 1080p blu-ray I would happily order this set but I will wait.
Click to expand...

And except for Paint Your Wagon they are all Warner titles. They can easily afford to do proper 1080p transfers of the remaining titles. This is just cheap.
Expand signature
My Blu-ray / DVD Collection

JohnMor said:
And except for Paint Your Wagon they are all Warner titles. They can easily afford to do proper 1080p transfers of the remaining titles. This is just cheap.
Click to expand...

All of these films have existing HD masters. You can buy or rent them on iTunes.
Expand signature
Sealed with a curse as sharp as a knife. Doomed is your soul and damned is your life.
Reactions: JohnMor

BIRD not on blu is a sin.
Expand signature
My wallet cries me to sleep!
See what I'm watching on Letterboxd!
This post kills threads!

"Paint Your Wagon" is currently available for streaming on Amazon Prime. It looks like a HD transfer. It has a current Paramount logo at the beginning, not the one that would have been used in 1969.

You can purchase the HD digital of "Paint Your Wagon" from iTunes for $3.99
Expand signature
Crawdaddy's favorite "The Mandalorian" Quotes: "This is the Way" and "I have Spoken"