Forum List What's new Dark Style Change width
Log in Register
What's new Search
Menu
Log in
Register
Navigation
Install the app
More options
Dark Style
Close Menu
Posted on January 15, 2019 by Todd Erwin
You are using an out of date browser. It may not display this or other websites correctly.
You should upgrade or use an alternative browser.
Still entertaining 25 years later 4.5 Stars

Although not mentioned on the cover artwork, Sony celebrates the 25th anniversary of Cliffhanger by releasing it on 4K UHD Blu-ray with updated picture and sound.

The plot of Cliffhanger is fairly simple. After ranger Gabe Walker (Sylvester Stallone) tragically fails to save fellow ranger Hal Tucker’s (Michael Rooker) girlfriend Sarah (Michelle Joiner) after the two are stranded on a mountain peak in the Colorado Rockies, he takes a leave of absence and decides to retire, asking his girlfriend and helicopter pilot Jessie Deighan (Janine Turner) to join him as the next tourist season begins. Meanwhile, a plane transferring $100 million of unmarked bills is hijacked by a team led by Eric Qualen (John Lithgow) and crashes into the Rockies. Sending out a distress call, Gabe comes to their rescue, only to become a tour guide of sorts as he helps them hunt down the missing money against his will.

I admit, I’ve never been a big fan of Stallone, but of all of his movies, this is, perhaps, my favorite. It has a sense of fun, never takes itself too seriously, and has another great villain played by John Lithgow who delights in just chewing the scenery in almost every frame. Sure, the stunts are over the top (no pun intended), but audiences have come to expect that from both Stallone and director Renny Harlin (Die Hard 2: Die Harder, The Long Kiss Goodnight, and Deep Blue Sea).

This is another exemplary effort on a catalog title by the folks at Sony. This new 2160p transfer in the film’s original theatrical aspect ratio of 2.40:1 is absolutely gorgeous, and the use of HDR10 high dynamic range helps tremendously. Clarity is simply breathtaking, from the spacious views of mountain ranges to the fine details of actor close-ups, revealing the most minute of details such as gravel, layers of snow, and weathered skin. So much so, that if you look close enough, you can see some of the safety wires used during the simulated freehand rock climbing sequences. Contrast gets a nice boost, assisting in the revelation of much of the fine detail in the snow-covered landscapes that often appear a bit washed out on prior home video releases of this title. Colors are more vivid and natural, as well.

Sony has included a new Dolby Atmos mix with this 4K UHD release, and is does not disappoint. The opening helicopter flyover, long a staple of home theater demos, as hard is it may be to believe, even more impressive as it much more seamlessly travels from behind, over, and in front of the audience. Surround activity is, overall, better balanced than ever before with atmospherics and other background noises are more pronounced without being distracting, and LFE is much more lively. Dialogue remains clear and understandable throughout. Sony has also included the same DTS-HD Master Adio 5.1 track from the previous Blu-ray release.

Cliffhanger arrives on 4K UHD Blu-ray from Sony with exceptional picture and sound, but no new extras.

Thank you for the review as I was able to order this from Amazon when they temporarily had the pricing down to $16.99. My disc arrived in the mail today so I'm going to try to watch it before the month is out.

Robert Crawford said:
Thank you for the review as I was able to order this from Amazon when they temporarily had the pricing down to $16.99. My disc arrived in the mail today so I'm going to try to watch it before the month is out.
Click to expand...

I redeemed my code after posting the review, and although the title appears I'm my MA account, it did not appear in any on my MA connected retailer accounts. Very odd.

Thanks for the review Todd! When this drops down to Rambo 4K pricing I'll buy it.

Todd Erwin said:
I redeemed my code after posting the review, and although the title appears I'm my MA account, it did not appear in any on my MA connected retailer accounts. Very odd.
Click to expand...

Yeah, I already checked that Digital Code site and it stated "Not UHD at Vudu yet" so I won't redeem my code until it's available UHD.
You must log in or register to reply here. 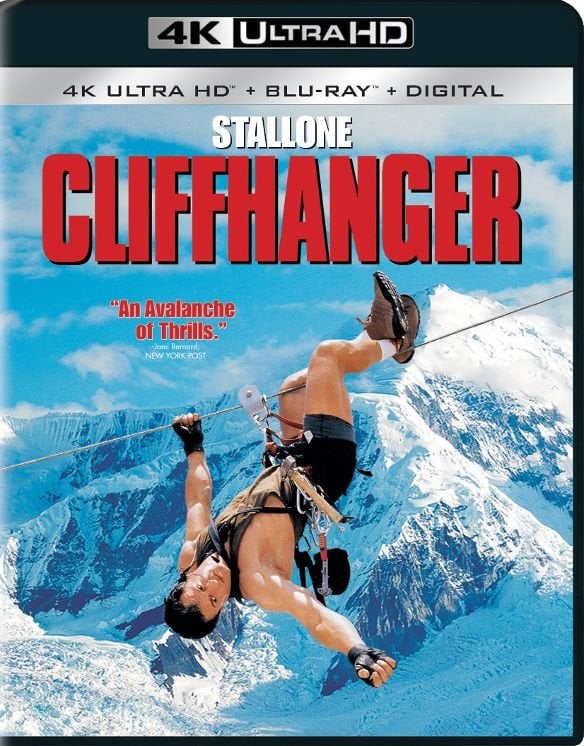