Forum List What's new Dark Style Change width
Log in Register
What's new Search
Menu
Log in
Register
Navigation
Install the app
More options
Dark Style
Close Menu
Posted on March 4, 2019 by Martin Dew
You are using an out of date browser. It may not display this or other websites correctly.
You should upgrade or use an alternative browser.

According to Reuters, last U.S. holiday shopping season showed stores could be offering a significant advantage over e-commerce giants like Amazon. ‘Click and Collect’, or sales where customers order goods online and pick them up at a nearby store, soared 47 percent in November and December compared with a year earlier, outstripping 16.5 percent growth in online sales, as confirmed in research conducted by Adobe Analytics.

Several stores announced big increases in such sales, including Best Buy Co Inc, Target Corp, Walmart Inc and Home Depot Inc. The experience of the 2017 holiday season, where bad weather and a late surge in online orders overwhelmed shipping firms and led to delays, is likely to have contributed to the surge in store pickups last season, retail experts say. Yet even as UPS and FedEx largely avoided a repeat of the problems this time, analysts say store pickups, when handled right, offer enough benefits for consumers and retailers alike to keep gaining importance. 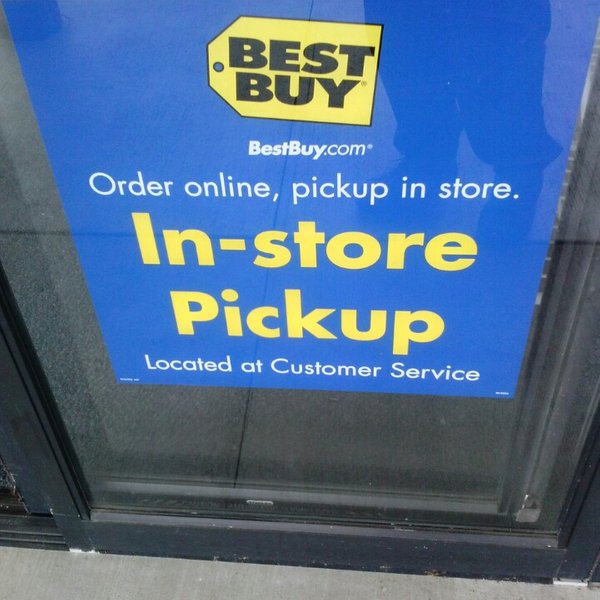 According to retail research and consulting firm GlobalData Retail, store pickups accounted for nearly a third of U.S. online sales in November and December, compared to about 22 percent a year earlier and just over 17 percent during the 2016 holiday season. The method “brings together the benefits of the digital shopping experience…with the instant gratification of same-day store pickup and easy returns,” said Jeff Sylvester a senior analyst at Foresee, a company that studies customer experience.

Shoppers, on their part, avoid shipping costs and the agony of waiting for the delivery and can get help from store staff if any issues come up. Steve Molloy, a web designer who shuttles between Sydney, Los Angeles and San Francisco, said a 3-1/2-week delay in delivery of a pair of Nikes he ordered online during the 2016 holiday season made him switch to in-store pickup. “It feels like you have a little bit of control,” he said.

Retailers save on packaging and delivery costs as they have items on sale in their in-store backrooms rather than a distant warehouse. Foresee’s Sylvester estimates that the Click and Collect process costs retailers about $5.60 in packaging, labor and fuel to deliver goods ordered online. Factoring in other costs, retailers stand to make a 25 percent gross profit on a shipment of $82, the size of an average online order during the 2017 holiday season. The store pickup option raises that margin to at least 33 percent, he said.

More than a third of customers who come to collect their orders end up buying something else, said Tom McGee, chief executive of International Council of Shopping Centers, a global trade association. During the holidays that number increases to 86 percent, he said.

I'm moving this thread/article to After Hours as I think this retailing issue goes beyond just HT accessories.

By the way, I use the function of ordering on-line and then picking up my orders quite often. Target along with Best Buy are the main retailers I use that purchasing technique with. I just love it! I'll order something and as a retiree I usually pick it up the next day when they open the store.

Robert Crawford said:
I'm moving this thread/article to After Hours as I think this retailing issue goes beyond just HT accessories.
Click to expand...

Thanks, Robert, wasn't sure what the best home was for this!

My nearest Best Buy is 30 minutes away, so I don’t use it that often for Best Buy, but I use it frequently at Target, Walmart, Home Depot and Lowe’s. Walmart and Home Depot have the best process as Home Depot has lockers and Walmart has the tower, both which allow you to scan your receipt and immediately get your purchase without having to wait in line at customer service with the people making returns. There have been times at Lowes where it would have been quicker for me to grab it off the shelf and go through the regular checkout line then pick up my order due to the number of people making returns. It’s a great idea and I’m glad more retailers are getting on board with it.

I've used Best Buy frequently. They've significantly stepped up their game there and offer, IMHO, the best experience in town. Special parking spots close to the door, pickup area right inside the door, and I've done it enough that they recognize me and have my order at the register as I step up.

One WM here has "The Tower" and I've done one pickup with it. I dread another. It wouldn't scan my receipt email (paper print out - I do not own a "smart phone") so I had to manually type it in and my order wasn't in the tower so someone had to get it for me. When I told the girl it wouldn't scan my receipt she said "But the number's right there!" pointing to the screen. She just didn't "get" that I had to type it in even though I plainly stated "The scanner wouldn't scan my receipt - I had to type the number in manually." They've also removed the chairs so if you have to wait, as I did, you're stuck standing around until they come with your order. Before "The Tower" was better, but not any faster. The "big" WM has moved theirs to the store front, and not yet a tower, but you face away from the pickup status monitor if you decide to sit while waiting. I've not tried either WM Grocery for pickups as they're more out-of-the-way for me.

I've done a WM Grocery pickup where they bring it to the car. That was quite easy. I called to let them know I was on the way, how long it'd be before I arrived, and what I was driving. They came out as soon as I pulled into the parking slot, verified my identity, and loaded the stuff into the car. I ordered only canned goods as I don't trust some stock clerk to properly choose meats/cheese/produce. Best part is several items were cheaper online than they were in store. I'd use it again if the need arises.

Target has their pickup at the "service desk" which here is also a multi register checkout. That means you're stuck in line behind people checking out stuff. Once you get to the correct register it goes fairly quickly but... I've not tried their "deliver to the car" version.

Lowes - I've used it twice, both times around Christmas to lock in something for my wife at a sale price. Both times I've waited for pickup as they give you a week or so. Both times they've called my house a day or two before the final day and blown the surprise - in spite of me calling to tell them *when* I'll be there and to *not* call my house! Other than that issue it was OK. I'd consider it again - if it's not for a surprise gift!

I have used the Best Buy in store pick-up several times to avoid shipping costs and make sure the store has the sale item I want before driving there to pick it up. I did not notice any reserved parking spaces for online in store pickup, but I wasn't really looking for them -- I usually go on a weekday morning after rush hour, and there are always parking spots reasonably near the door.

I still prefer ordering online and having the item shipped to my house, so I tend to use Amazon (I'm a Prime member), but will buy elsewhere for pickup if the price enough less to make the trip worthwhile.

I use Best Buy in-store pick-up when I need a small item, like a flash drive, that won't include free shipping and I know I'm going into Reno in the next 24-48 hours. I'm usually on a tight schedule when making a day trip into the big city (120+ miles), and pick-up is convenient in that I don't have to hunt down the item in the store. Most stores even provide priority parking!

BobO'Link said:
I've used Best Buy frequently. They've significantly stepped up their game there and offer, IMHO, the best experience in town. Special parking spots close to the door, pickup area right inside the door, and I've done it enough that they recognize me and have my order at the register as I step up.
Click to expand...

Over the holidays, I visited the Best Buy store I used to work at, and was amazed at how they had changed their pick-up procedure. The store was part of a pilot program that had a larger and more dedicated area for in-store pick-up, located away from customer service. A friend had me pick-up an order for them, and it was faster and easier than it was when I was working there just over a year before (the employee was "new" in that he didn't recognize me, so it was definitely the layout and procedure).

After getting burned trying to find an in-store retailer exclusive just by walking through the door (Guardians of the Galaxy Steelbook, which sold out in about five minutes), I started ordering online. Fixed.

The last time I used Best buy in Store Pick up, Was Christmas Eve 2018. The family wanted to see the Polar Express. I had been to several places and it was out of stock. I was able to find it at the best buy in my area and picked it up within the hour. Prior to that, I had used it to get a Black Friday deal on a 32 inch TV ..I was in and out of the store in 10 minutes in both cases

I plan to make more use of this capability. Tired of just handing all my cash over to Amazon...
You must log in or register to reply here.