Posted on May 6, 2019 by Martin Dew
We covered the launch of the cool on-the-go projector CINEMOOD last year, but the company has just announced the latest version of the product. Available for iOS users only, the updated projector introduces a new “screen-mirroring” feature which allows users to mirror entertainment they might be watching on a phone or tablet through the CINEMOOD app, projecting a screen up to 12 feet in width. Previously, users could only access entertainment provided through the associated app, whereas now, the company says any program can be accessed across streaming networks. 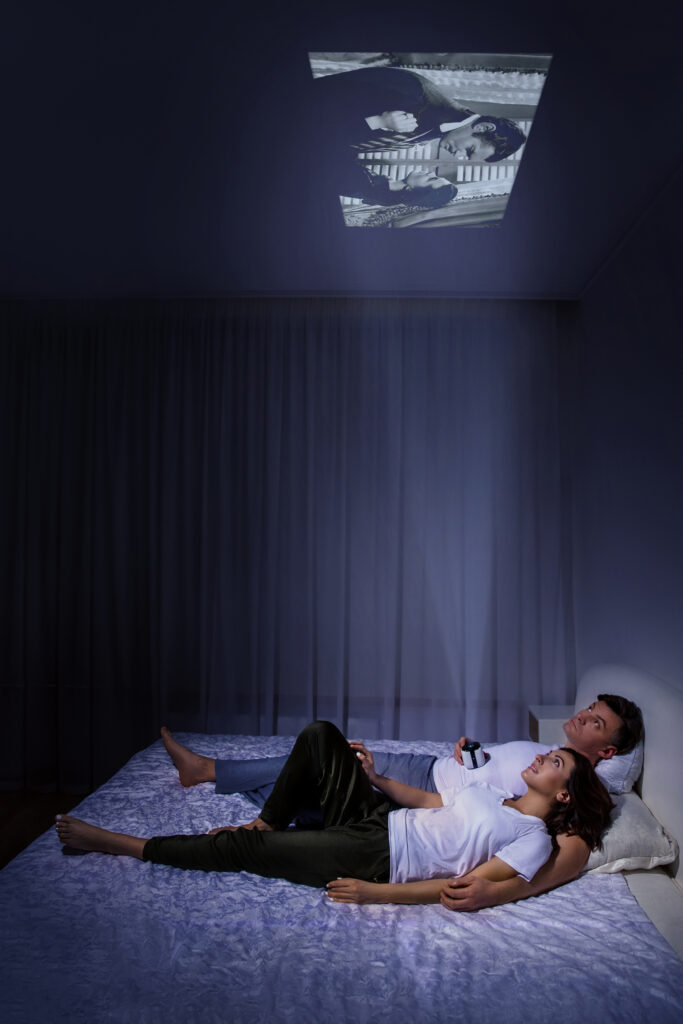 CINEMOOD is a compact and portable 1080p beamer with a five-hour rechargeable battery and 16GB of internal memory. It can be projected onto any flat surface inside or outside the home, and doesn’t need to be connected to a computer, phone or wall outlet. The unit is primed, according to the company, for car rides, airplane travel, camping and backyard get-togethers. Connections to WiFi and streaming from Netflix, Amazon Prime or YouTube are also available. Netflix or Amazon Prime videos can be downloaded directly onto the device to use anywhere without WiFI or internet connections, and there are family-friendly features including blue light elimination to allow a safer viewing environment than tablets and TVs. It weighs in at 0.5lbs and has a 2.5v built in speaker.

The product is available exclusively on Amazon for the still not entirely cheap price of $299.99 (reduced from an MSRP of $399.99). But if you can’t live without your movies or TV shows with a big-screen fix while on the road, this might be worth a look.