Great. I don't want to know the price.

Bryan^H said:
Great. I don't want to know the price.
Click to expand...

Sunday, Jan. 6
Sunday is the first of two media days when companies make the bulk of the major announcements at CES about what's coming in the year ahead.

iFlytek, 2 p.m. PT
iFlytek bills itself as "the largest speech technology and artificial intelligence public company in the Asia-pacific region." So what will it be revealing at CES? We have no idea, but we can't wait to find out.

Procter & Gamble, 2 p.m. PT
When you think of P&G, you may not think of tech. But with labels like Duracell, Braun and Oral-B in the portfolio, it'll be interesting to see what the consumer giant will bring to the table at its first CES.

Byton: 3 p.m. PT
At CES 2018, Byton unveiled its electric concept car, which the company -- at the time -- said it planned to put into production in late 2019. Guess we'll find out how close it is to hitting that mark.

CES Unveiled Las Vegas: 5 p.m. PT
This is the official media event of CES that takes place before the start of show. Companies from all over the world attend to show off their latest projects and announce new products, software and services. The CTA features the CES 2019 Best of Innovation Awards Honorees at the event and is the first big taste of the avalanche of news coming in the days ahead.

Monday, Jan. 7
On the second media day, the number of press conferences and keynote addresses really picks up. Most of the press conferences below will be streamed live on CNET -- we'll add viewing info early in January.

LG Electronics: 8 a.m. PT
LG already announced a 17-inch laptop and 14-inch two-in-one and no doubt that's just a warm up for what's coming from the consumer electronics, mobile communications and home appliance manufacturer. The company's preshow corporate keynote is at 6:30 p.m.

Bosch: 9 a.m. PT
Expect announcements of "innovative solutions for smart homes, smart cities, connected mobility and connected manufacturing." At CES 2018, it showed a wide variety of sensors, software and services including automated valet parking, an end-to-end display for car cockpits and a robot vacuum with AI and Alexa.

Monster: 9 a.m. PT
If you care about audio, connectivity and power technology, Monster will no doubt have some new headphones and cables to show off at CES (along with multiple celebrity spokespeople, probably).

Panasonic: 10 a.m. PT
You might think "consumer electronics" still when you hear Panasonic, but the company has moved away from the category in recent years at CES. Instead, it's been discussing partnerships and initiatives, such as making better batteries for electric vehicles and its in-car infotainment platform with Alexa and Google Assistant.

Hisense: 11 a.m. PT
Hisense went hard with tech-filled TVs at CES 2018 including a $10,000 short-throw projector paired with a 100-inch screen designed to reject ambient light. We expect it'll be back in 2019 to keep up the fight.

Qualcomm: 12 p.m. PT
Though you might think of Qualcomm as the company that powers your phone, but its chips are in a whole lot of other products including smart home devices, wearables and autonomous vehicles. Expect to hear more about moving the world to 5G service, too.

TCL: 12 p.m. PT
What's the TV, phone and appliance maker going to announce to help topple its competition? Our money's on bigger, better TVs, but we'll have to wait and see.

Samsung Electronics: 2 p.m. PT
Samsung is always good for a nonstop parade of TV, appliance, smart home, PC and home audio announcements at CES. What probably won't be there are phones -- expect to see the highly anticipated Galaxy S10 in late February instead.

Hyundai: 3 p.m. PT
At CES 2018, the Korean carmaker announced the Nexo hydrogen-fueled prototype car that we did a first-drive review of in October. So what cutting-edge automobile technology is next?

Intel: 4 p.m. PT
In addition to more info on the company's long-delayed 10nm Sunny Cove CPUs, expect a focus on phones, drones, smart homes and more are likely to be on tap for the chip giant's press conference. And let's not forget about VR and cameras.

Sony Electronics: 5 p.m. PT
The last major press conference for the day, Sony is sort of a wild card these days. The company's usually good for a giant TV or two, but we may also hear about mobile phones, video games, car audio, cameras or a little robot dog.

LG Electronics corporate keynote: 6:30 p.m. PT
The preshow keynote address promises to offer "fresh perspectives on the evolving artificial intelligence (AI) landscape, while exploring how AI will impact the lives of consumers in the years ahead," according to the CES 2019 site. It will also be livestreamed.

Pepcom's Digital Experience: 7 p.m. PT
Capping off a long day of announcements is an event sure to feature even more announcements. It features a seemingly never-ending list of companies big and small where CNET gets some hands-on time with products away from the show floor.

Tuesday, Jan. 8
The first official day of CES 2019: The show floor opens at 10 a.m. PT, and CNET will have live coverage all day from our booth at Tech West (the Sands Expo Center).

IBM keynote: 8:30 a.m. PT
IBM President and CEO Ginni Rometty will open CES 2019 by sharing "a unique outlook for how technology -- built on a foundation of responsibility and trust -- will significantly improve how businesses operate and people work and live," according to the CES 2019 site. Her address will be preceded by CTA President and CEO Gary Shapiro and CES Executive Vice President Karen Chupka talking the latest trends and innovations at CES 2019 including 5G, smart cities, resilience and health tech.

Verizon keynote: 4 p.m. PT
Verizon CEO Hans Vestberg will focus on -- you guessed it -- 5G broadband connectivity and how it will enable new technologies and services. After all, the company is already claiming leadership with the launch of its home broadband service in October (even if some think it's not "real 5G."

Wednesday, Jan. 9
The second day of the CES show floor. Doors open at 9 a.m. PT, and CNET will again have wall-to-wall live coverage.

AMD keynote: 9 a.m. PT
At CES 2018, AMD grab headlines for its partnership with rival chipmaker Intel and its Kaby Lake G processors that combine an Intel CPU and an AMD Radeon RX Vega M graphics chip. For its 2019 keynote, AMD president and CEO Dr. Lisa Su plans to discuss new computing technologies to solve challenges for the future of gaming, entertainment and virtual reality such as the company's world's first 7nm high-performance CPUs and GPUs.

The New Mobility Revolution keynote talk: 11 a.m. PT
Drones are still a part of CES, but maybe not in the way that you think. US Secretary of Transportation Elaine L. Chao will speak about the future of drones and self-driving technology and how they will revolutionize transportation. An expert panel will discuss building pubilc trust for these technologies following Secretary Chao's address.

I think this is the biggest deal and what will shape home theater in the coming years:

In addition to the new 75-inch size, Samsung is also showing an even larger version of The Wall this year -- a whopping 219 inches. Also on display are "TVs" the company dubs "The Window," which can come in tall, narrow designs as well as short, wide rectangular variations.
Click to expand...

If Samsung can sell a 120" microLED screen (especially if it can be assembled on site) for $15,000 with a path to hit $5,000 a few years later, projectors are dead.
Expand signature
Unique shirts, mugs, and more that celebrate board games (and more) with a typographic slant

I can't image what it will be like trying to get a 120" TV shipped and transported safely and intact as well as trying to get it safely mounted.
Reactions: Sam Posten 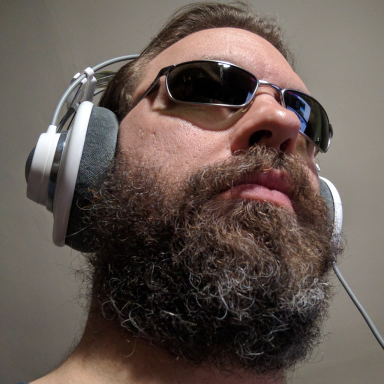 JQuintana said:
I can't image what it will be like trying to get a 120" TV shipped and transported safely and intact as well as trying to get it safely mounted.
Click to expand...

I think it'll need to dip well below $5000 to kill projectors. For under $1000, one can get a very high quality projector today that's capable of displaying an image larger than the biggest TV. As long as that's still the case, for that market to die, it'll need to be replaced with something that's comparable in costs.

Does 8K offer anything besides added resolution? At least with 4K, there's better colour and HDR. Given that 4K isn't even the standrard yet for film and television production, 8K isn't even on the radar.
Expand signature
Sealed with a curse as sharp as a knife. Doomed is your soul and damned is your life.

I think it’s just more pixels right now. To some degree, it’s free. If you’ve got a 4K projector, you can eshift it to 8k to check that box on the spec list. If you’re making 40” 4K panels, then it’s basically a gimme to make an 80” 8k panel for the high end.
Expand signature
Unique shirts, mugs, and more that celebrate board games (and more) with a typographic slant