Forum List What's new Dark Style Change width
Log in Register
What's new Search
Menu
Log in
Register
Navigation
Install the app
More options
Dark Style
Close Menu
Posted on September 14, 2016 by Matt Hough
You are using an out of date browser. It may not display this or other websites correctly.
You should upgrade or use an alternative browser.
Classic horror film brought with reference level quality to home video 4.5 Stars

One of the greatest fright pictures of the era, Jacques Tourneur’s Cat People, has very little outright gore, and yet its creative use of light and shadow and its uses of sound to suggest things into the audience’s imaginations results in suspense sequences which can rank with the greatest ever filmed.

During Hollywood’s Golden Age, the Production Code’s restrictions on filmmakers concerning what they could and couldn’t show on the screen resulted in some very imaginative and indelible ways for portraying horror. One of the greatest fright pictures of the era, Jacques Tourneur’s Cat People, has very little outright gore, and yet its creative use of light and shadow and its uses of sound to suggest things into the audience’s imaginations contains suspense sequences which can rank with the greatest ever filmed. Ironically, this B-budgeted little movie remains one of the classics of the genre, held in ever-higher esteem as the decades pass.

Serbian fashion sketch artist Irena Dubrovna (Simone Simon) meets graphic engineer Oliver Reed (Kent Smith) one day at the zoo while both are admiring a pacing panther, and they become charmed by one another. Soon they marry, but Irena’s long-held beliefs about her family’s heritage as “cat people,” souls who turn monstrously feline when their passions are aroused, prevent her from consummating their marriage. Ever the soul of patience, Oliver and Irena decide to get her psychiatric help from Dr. Louis Judd (Tom Conway), but she isn’t convinced that he can help her, and as Oliver’s co-worker Alice Moore (Jane Randolph), openly admitting that she’s in love with the married Oliver, is whom Oliver turns to for solace from his frustration, Irena’s love turns to jealousy as she begins stalking the woman who’s set her cap for her husband.

Screenwriter DeWitt Bodeen allegedly incorporated some of producer Val Lewton’s scary folk tales told to him as a youth into the script resulting in one of the more unique premises for a movie and one that is ably carried forth through the masterful uses of light and dark throughout. Long, looming shadows are a part of almost every shot, and while we never see Irena transform totally before our eyes, there are enough suggestions inserted into the script (kittens scurrying away from her, pets in a store going berserk at her approach, paw prints that turn into shoe prints) to convince us that Irena’s fears aren’t psychological but are real-life manifestations of the supernatural. Director Jacques Tourneur does so much with so little: two stalking scenes where Irena goes after her rival Alice are both brilliantly handled. On an increasingly frenzied walk through Central Park, the clacking sounds of heels on a pavement form an eerie musical counterpoint of their own (climaxed with one of the great aural payoffs in movies), and the celebrated swimming pool sequence where Alice is defenseless in the center of a pool with a snarling panther seemingly pacing the perimeter remains one of horror cinema’s hallmarks, neither with a single drop of blood spilled and yet terror menacingly planted all around.

Simone Simon proclaimed this her favorite film role, the one where she truly felt like a leading lady, and it’s easy to see why as she wrestles with her doubts and fears never quite convincing the audience for the longest time that she is as she says. Her oddly accented and somewhat stilted line readings also give the character charm and oddness, perfect for this very unique individual. Kent Smith handles the couple’s “meet cute” well in the early going but doesn’t quite muster the believable amount of frustrated angst as weeks pass without his wife desiring him carnally. Jane Randolph is more direct in her friendship with Smith’s Oliver, her concern gradually growing into genuine caring. She also handles that swimming pool sequence marvelously. Tom Conway is suavity incarnate as the smooth Dr. Judd, and his growing attraction to his patient seems quite palpable leading to the movie’s first real view of Irena in her feline persona, all handled masterfully by the actors and discreetly by director and cinematographer. Alan Napier and Jack Holt make agreeable co-workers for Oliver and Alice in small but notable roles.

Were it not for the Academy ratio of the film (1.37:1, 1080p resolution using the AVC codec), one would almost swear this was filmed yesterday. There isn’t a speck of dust or dirt to be seem in this pristine, reference-quality transfer that accentuates wonderful detail in its sharpness (fabrics are especially noteworthy including the sheen and richness of Irena’s sable coat and a checkered jacket of Oliver’s) and a gorgeous grayscale rendering that features the rich blacks necessary to bring out the complex use of shadows and chiaroscuro lighting in the photography. The movie has been divided into 10 chapters.

The PCM 1.0 (2.3 Mbps) audio mix sounds solid for its era and free from any age-related artifacts which might have plagued it. Dialogue has been expertly combined with Roy Webb’s music score and adaptation and the very important sound effects which give many of the scenes a stamp of genuine suspense. There’s just a bit of distortion on the low end in the opening credit music but nothing of any great consequence.

Audio Commentary: film scholar Gregory Mank provides a scene-by-scene analysis of the movie including many factoids about the film, its production, and its personnel though he occasionally resorts to describing on-screen action when he runs out of other noteworthy material to share. He also shares some recorded telephone comments from leading lady Simone Simon sprinkled through the commentary.

Val Lewton: The Man in the Shadows (1:16:40, HD): produced for TCM in 2008, this feature length documentary on Lewton’s life and productions is narrated by Martin Scorsese and features clips and stills from many of his legendary projects.

Cine regards (26:37, HD): a 1977 episode of the French interview series features director Jacques Tourneur expressing his philosophy of filmmaking, reminiscing over some black and white stills from his films, and speaking specifically of his work with Val Lewton.

John Bailey Interview (16:36, HD): the cinematographer of the remake of Cat People discusses the imaginative use of the camera, of light, and of shadow in the original movie praising cinematographer Nicholas Musuraca as one of the unsung heroes of Hollywood.

Folded Pamphlet: contains cast and crew lists, information on the audio and video transfers, and an essay on the movie by critic Geoffrey O’Brien.

A Hollywood classic, the original 1942 version of Cat People continues to startle and shock more than seventy years after its initial release. The Criterion Blu-ray edition offers a tremendously effective high definition image that is almost hypnotic in its allure, and the excellent bonus features give this highly recommended package even more value for your money.

Great movie - thanks, Matt! This will be one of my November B&N titles .

Steve...O said:
Great movie - thanks, Matt! This will be one of my November B&N titles .
Click to expand...

Thanks for the heads-up Robert. I'll bite at that price.

How does one receive "points" on Amazon? I've been a prime member for years and know nothing of this.

Dick said:
How does one receive "points" on Amazon? I've been a prime member for years and know nothing of this.
Click to expand...

The only way I know is to have an Amazon Visa or an Amex Membership Rewards credit card (and maybe other cc's, those are just the two I have). You can use points earned with all purchases (not just Amazon purchases) towards Amazon stuff.

Dick said:
How does one receive "points" on Amazon? I've been a prime member for years and know nothing of this.
Click to expand...

As Alex stated.
You must log in or register to reply here. 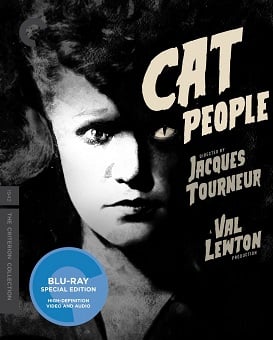