Forum List What's new Dark Style Change width
Log in Register
What's new Search
Menu
Log in
Register
Navigation
Install the app
More options
Dark Style
Close Menu
Posted on December 13, 2018 by Sam Posten
You are using an out of date browser. It may not display this or other websites correctly.
You should upgrade or use an alternative browser.
I can't feel my legs! - Recommended! 4.5 Stars

Do you believe in fate? That there is one person we are destined to be with? Preston Meyers (Joel Embry) does. Ever since Amanda Beckett (Jennifer Love Hewitt) first came to his school the universe has been sending him signals that she is THE ONE. And tonight is his big chance. Amanda and her jock boyfriend Mike Dexter (Peter Fascinelli) have broken up just as school has ended and they are all bound for college. In fact Preston leaves tomorrow! But tonight will be the blowout party to end it all, he’s got one night to make her see that he’s the right guy for her before his last chance has really passed.

Can’t hardly wait is a genre defining picture for anyone at or near college age in the late nineties. Look at the cast and you will see not only today’s stars before they were stars but rising names who pulled the ejection seat out of the industry and were never seen on screen again. And the soundtrack is simply insane. Third Eye Blind, Smashmouth, Run DMC, and Guns and Roses all made it to the official soundtrack. But NOT included are a ton of even more cool bands including Joe Walsh, Eve 6, Barry Manilow (!), Busta Rhymes, White Zombie, Soul Coughing, Deee-Light, Foreigner, Dire Straits and more. 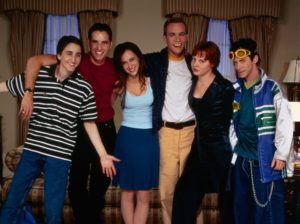 It’s a classic setup: Straight Laced shy guy missed his chance to get with the hottest girl in school before anyone else, but somehow fate has given him another shot. And EVERYONE from school is at the party tonight. The white guy who thinks he’s black (Seth Green), the jocks, the hot chicks clique, the nerds, the stoners, the guy who won’t shut up, and even Preston’s best friend Denise (Lauren) gets dragged in. Green steals the show with his clueless performance against Denise’s incredulity. It all heads for chaos, with the nerds somehow finding one of their own elevated to rock god (Charlie Korsmo) and the cops on their way. And somehow fate, in the form of an angelic stripper (Jenna Elfman) intervenes in Preston’s plight.

In the annals of teen movies Can’t Hardly Wait has earned its place among the few that are worth revisiting even if you aren’t from the target generation. Cameos and even extended roles from the likes of Jason Segal, Selma Blair, Jerry O’ Connell, and Jaime Pressley are cool to pick out as their stars have grown.

Ultimately the picture has heart on top of everything else that it has going for it, and it sticks the landing. That’s rare. And this Bluray captures that magic once again.

Not gonna lie to you, with night shoots and dark rooms there’s a bit of grain in quite a few scenes. That’s the only real issue tho, with great skin tones and solid sharpness for a teen comedy film circa the mid 90s. It’s not a distraction at all and I found the whole thing generally pleasing. 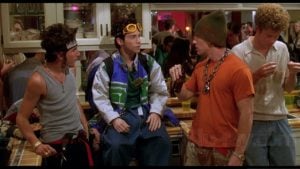 I’m not sure I knew just how great the soundtrack to CHW was before now. Popping in the Bluray and listening on a high quality home theater was a revelation as to just how much of the dialogue is panned around the room. I certainly never heard the disembodied voices floating around me back when I saw it theatrically. And the musical acompaniment was never this good either. Solid job all around, had me both tapping my foot to the beat and excited to identify old tracks that I simply forgot were in here. 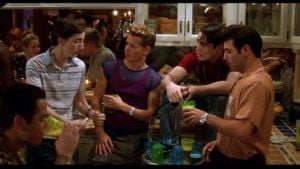 Mill Creek outdid themselves with the number and quality of the extras on this modestly priced release. 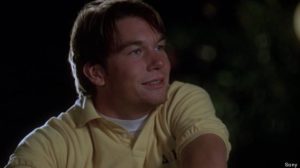 Original Commentary with Filmmakers and Cast, plus a commentary recorded previously, perhaps for the 10th anniversary?

Can’t Hardly Wait: The Making of a Teen Classic, an extended featurette interviewing the cast (but not Jennifer Love Hewitt) about their memories of fiming.

The Life of the Party Featurette talking with the party attendees.

And the video for Smashmouth’s hit song “I can’t get enough of you baby”. Standard definition only tho, really? 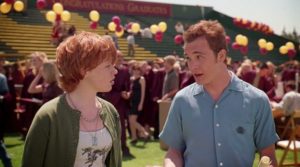 Overall Can’t Hardly Wait makes a great return in this 20th anniversary edition. It’s aged as well as its cast has and still has the power to bring back those high school and college memories. If you are a fan or have not yet had the pleasure of catching it, it’s now available for a song. Literally, it’s just a few bucks right now. And that makes it an easy recommendation.

This one is right in my wheelhouse, having been released when I was college. I remember seeing it both in the theater and for free on campus movie nights. It is a time capsule of that time and what a nostalgia trip.

Jason_V said:
This one is right in my wheelhouse, having been released when I was college. I remember seeing it both in the theater and for free on campus movie nights. It is a time capsule of that time and what a nostalgia trip.
Click to expand...

I'm looking at the 10th anniversary BD and the extras look to be the same, or at minimum very similar. I wonder if this is a new A/V transfer. Love this movie, but don't want to buy it if it's not an A/V improvement or has a bunch of new extras. Seems like the latter isn't the case, so I'll need to search interweb reviews to see if the A/V transfer is better than the 10th anniversary BD.

In fact the new disc seems to be missing "Special K's 411 Track, Yo!" (that's a fragrance of love scented candle!)

Just found the review at another site saying the video encode appears to be the same/similar, and that although this has a DTS track, they found it varied little from the 2008 TrueHD track. They did note it was missing a couple of extras from the 10-year anniversary BD. This title deserves better, for those of us who love it. I doubt there are "casual" buyers of CHW, those of us who buy it are big fans, so give the Chester Cheetah! Super Deluxe Version! Rowrrr!
Last edited: Dec 15, 2018

Interesting @Carlo Medina sorry I didn't have the old one to compare!

No worries at all. Actually if you still have the review disc, can you tell me if during the end scene where William tries to join Mike at the diner and Mike pushes him away, and then there are the two screen freezes with text that tells what happens to William (programmer/millionaire) and Mike (dropped out), is there visible gate weave when the letters are displayed? That would likely indicate the same video master vs going back and doing a new scan with more stable current telecine machines.
You must log in or register to reply here. 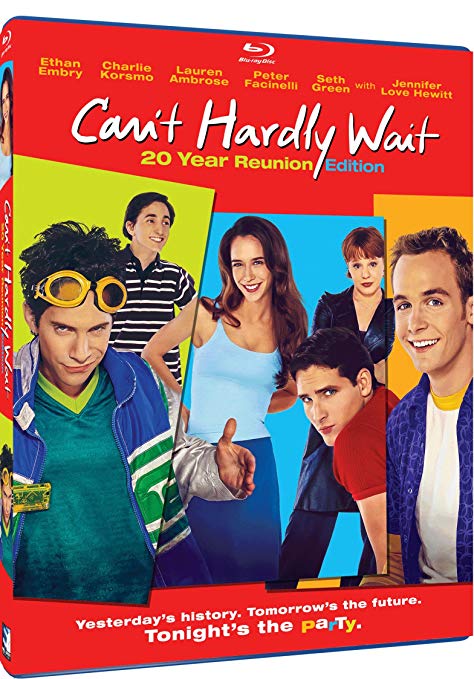