Cambridge Audio has introduced a new AX series range of hi-fi separates, both designed and engineered in the UK, and which the company says hit the “perfect balance between performance and affordability.” The AXC and AXA ranges will be available direct from CA and Amazon from the middle of this month, with the AXR range coming available in July.

The line includes a CD player (AXC35 $349), integrated amplifier (AXA35 $349) and two stereo receivers (AXR85 and AXR100, $399 and $499 respectively), which are influenced by CA’s award-winning CX and Edge hi-fi ranges. The products promise to deliver what the company dubs the “Great British Sound” for a pure, unfiltered audio experience. In other words, nothing is added and nothing is taken away from the source, and music playback should reflect accurately the artist’s intention.

The AXC35 CD player has a single analogue RCA output, a coaxial digital output, a remote control, and is available in either a Lunar Grey or black finish. The disc spinner includes gapless playback with the ability to play home-recorded CD-R, CD-RW and CD-ROM discs with MP3 and WMA files. 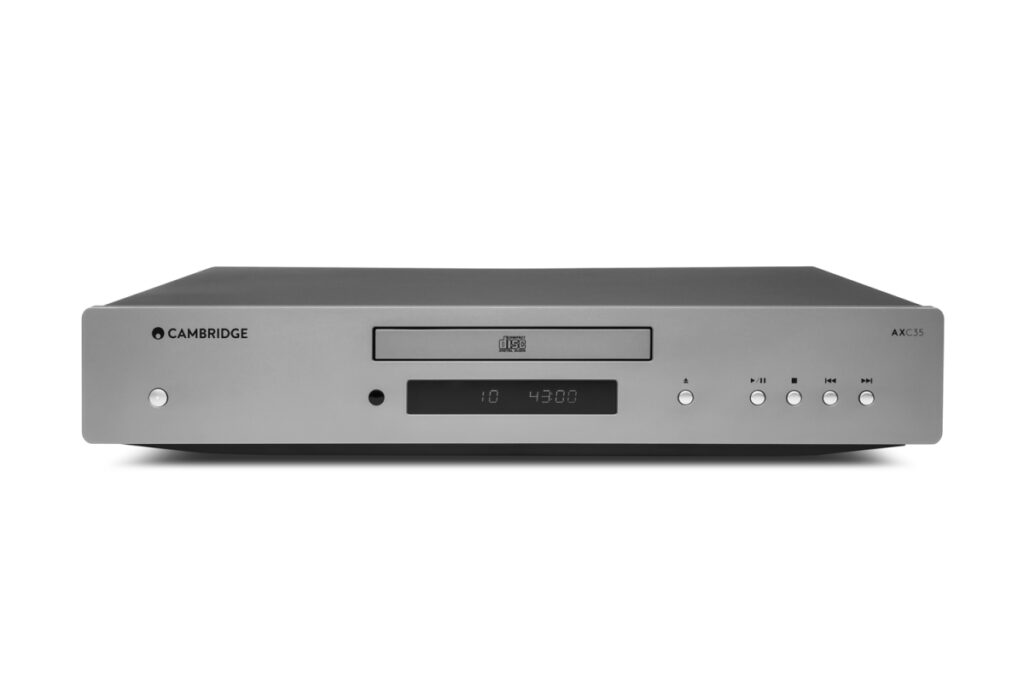 The new integrated amplifier in the mix is the AXA35 and commands a power output of 35W, and connectivity consisting of four analogue RCA inputs, a single RCA output for recording and a USB port with 5V 500mA for adding a Bluetooth receiver, as well as a 3.5mm auxiliary stereo input on the front panel. A remote control and white display screen are included, a phono stage input and a 6.3mm headphone output. The same Lunar Gray and black color options as the CD player are available.

The 85W AXR85 stereo receiver 85W receiver can drive two stereo speaker zones, and has three analogue RCA inputs, a phono stage input, rec and subwoofer outputs, plus a 3.5mm auxiliary input and 6.3mm headphone output up front. It comes with an FM/AM tuner and built-in Bluetooth receiver for wireless streaming. The AX range tops out with the AXR100 stereo receiver, which builds on the AXR85’s template and adds digital inputs (two optical and one coaxial) while increasing the power output to 100W.