Tori and Kyle Breyer (Elizabeth Banks, David Denman) are struggling to conceive when they discover a spacecraft has landed in the woods near their home. Inside is a seemingly perfect child, and they adopt and raise him as their own. Years later, Brandon Breyer (Jackson A. Dunn) is a normal, if smart but sheltered, kid approaching puberty. When his ship reactivates, drawing Brandon in to “Take the world”, he begins to take on a made up identity, Brightburn (also the name of his town). He discovers super strength, impenetrability, and even flight and heat vision. Soon, those closest to Brandon draw his ire, but as his power grows so does his potential for global catastrophe. 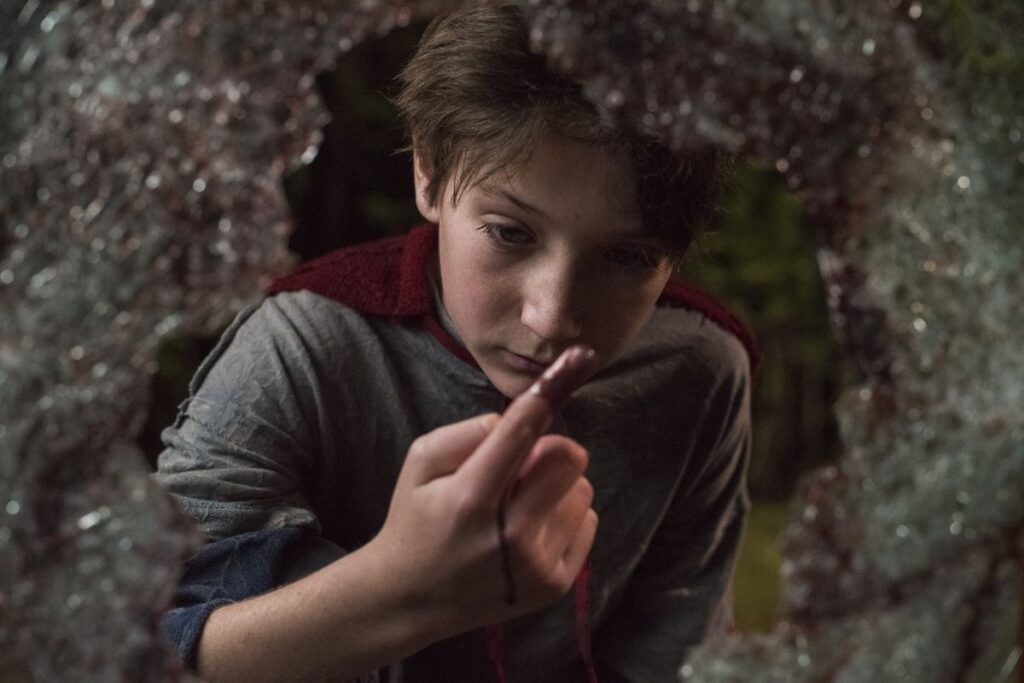 What if, instead of coming to save humanity, Superman arrived on earth to destroy us? That’s the simple twist that changes Brightburn from a hero film to a horror. And a bit of a tragedy to boot. Brandon’s parents are loving and reasonable, with a few quirks that come from being first timers who have a child that nobody can prepare them for. Banks in particular is stellar as a mother who refuses to see the evil that her child is capable of until it is far too late.

Brightburn parallels Chronicle way more than it does Superman, with the answer to whether nature versus nurture will influence Brandon falling decidedly on the innate nature of his identity vice the love and support he got growing up. This has the unfortunate side effect of making all of the build up moot. There is nothing that can stand in his way. Loving parents, burgeoning sexuality, a cool uncle (a shout out to Matt Jones, Badger from Breaking Bad, in a pivotal but all too short role that gives him too little to do but an awesome effects scene on the way out), or even the police. Police and bullets can’t stop Brandon, and we’d be hard pressed to find anything that could, short of a tactical nuke. The janky ‘citizen journalist’ shots of Brightburn tearing apart cities at the end parallels Chronicle too. There’s a cameo from Michael Rooker insinuating that others like Brandon are becoming known too, but that makes little sense at this point unless earth is some kind of grand central station for aliens now.

With no foil, Brightburn is on the loose and the sky is literally the limit. Which might make for great horror setup but a pretty big letdown with no catharsis after the origin story is told. We lose, the end. 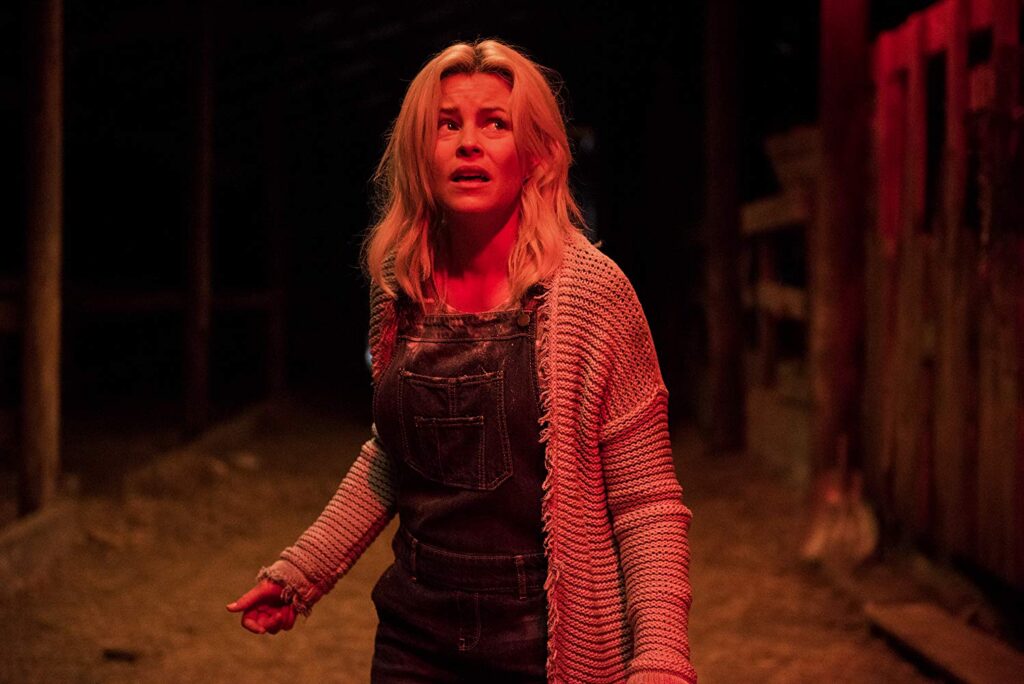 Per IMDB Brightburn was shot digitally on Alexa XT and Alexa Mini using Panavision T-series Anamorphic lenses, with an EFilm digital intermediate and a Digital Cinema Package DCP release. Details are moderately sharp throughout, with no noticeable artifacts or significant noise during the many night scenes. It’s got a subtle HDR pass that nicely highlights the transition from early blue casts and costumes to the heavy red color schemes late in the film as Brightburn’s rageis unleashed.

Brightburn’s Atmos mix is mostly well grounded, with a few exceptions. When the spacecraft lands there’s some good shakes and a big crash. The spaceship’s reawakening has some eerie effects that reach down from rumbles into indecipherable code talk. And the fights at the end are decent showcases for Atmos’ atmospherics, with punches up into the sky and zooming to earth, and Brightburn zooming through the house ripping it apart. Those are fun scenes for sure but other than that there’s not much to say.

Both the UHD and the Blu have an identical director’s commentary. I punched out after a half hour of it, I just didn’t get into their in jokes I guess.

Oh and links to the preview reel from the front of the Bluray. That doesn’t count.

Brightburn starts off with a really cool premise and punctuates the answer with well done effects. Unfortunately the answer to its basic question is “a kid with the equivalent of superman’s powers could literally destroy his home town in one day and then turn his sights on the country and world to finish off the week, and we probably could not stop them if we wanted to.” That makes for a pretty fun 30 minutes but where do you go from there? 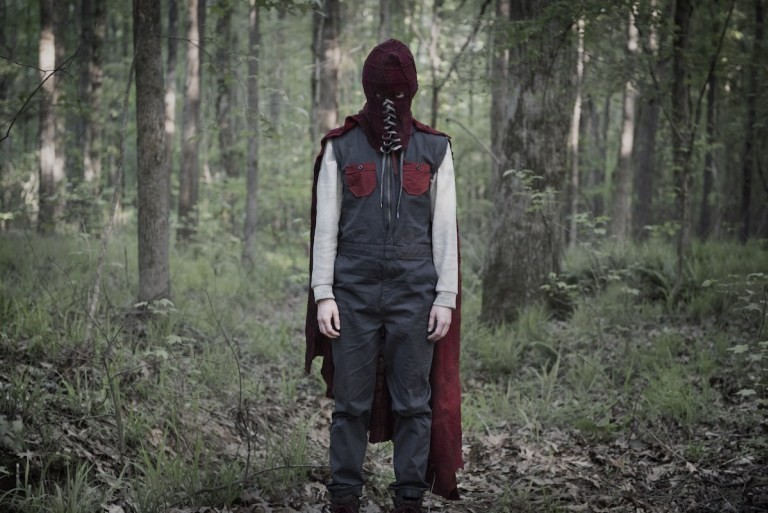 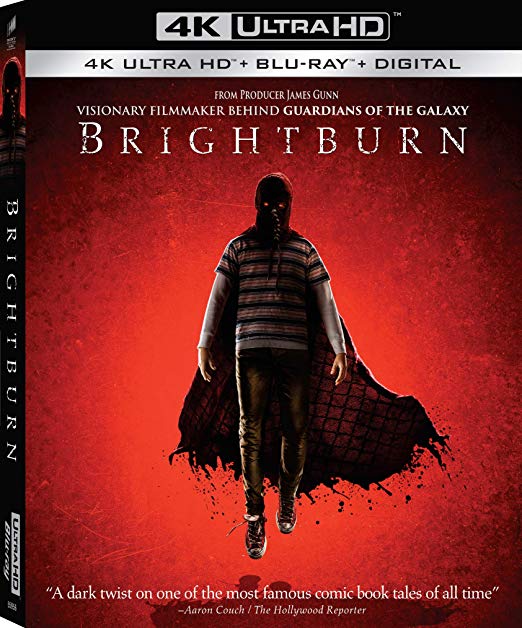