Forum List What's new Dark Style Change width
Log in Register
What's new Search
Menu
Log in
Register
Navigation
Install the app
More options
Dark Style
Close Menu
Posted on July 20, 2019 by Martin Dew
You are using an out of date browser. It may not display this or other websites correctly.
You should upgrade or use an alternative browser.

The German company Braun, better known for its coffee makers and electric shavers, announced this week that it is making a “long-awaited” comeback to audio, the category that originally defined the company’s brand as far back as the 1920s. Braun Audio will return later this year with a reinvention of the LE speakers from 1959, and a debut slated for IFA in Berlin in early September. Braun claims that the LE Range originally represented not only “purity of design” but also “purity of sound.”

The company was responsible for a number of firsts in the audio industry. With the help of Braun’s chief designer Dieter Rams, 1956 saw the launch of the first Hi-Fi turntable system with a transparent plexiglass cover: the SK 4. In 1959, Braun introduced the first mobile record player/radio combination: the TP 1. The model’s radio-phonograph combination played 45 RPM records via a spring- operated stylus concealed within the casing. Braun also says that the Atelier from the 1980s was the first stackable Hi-Fi system on the market. 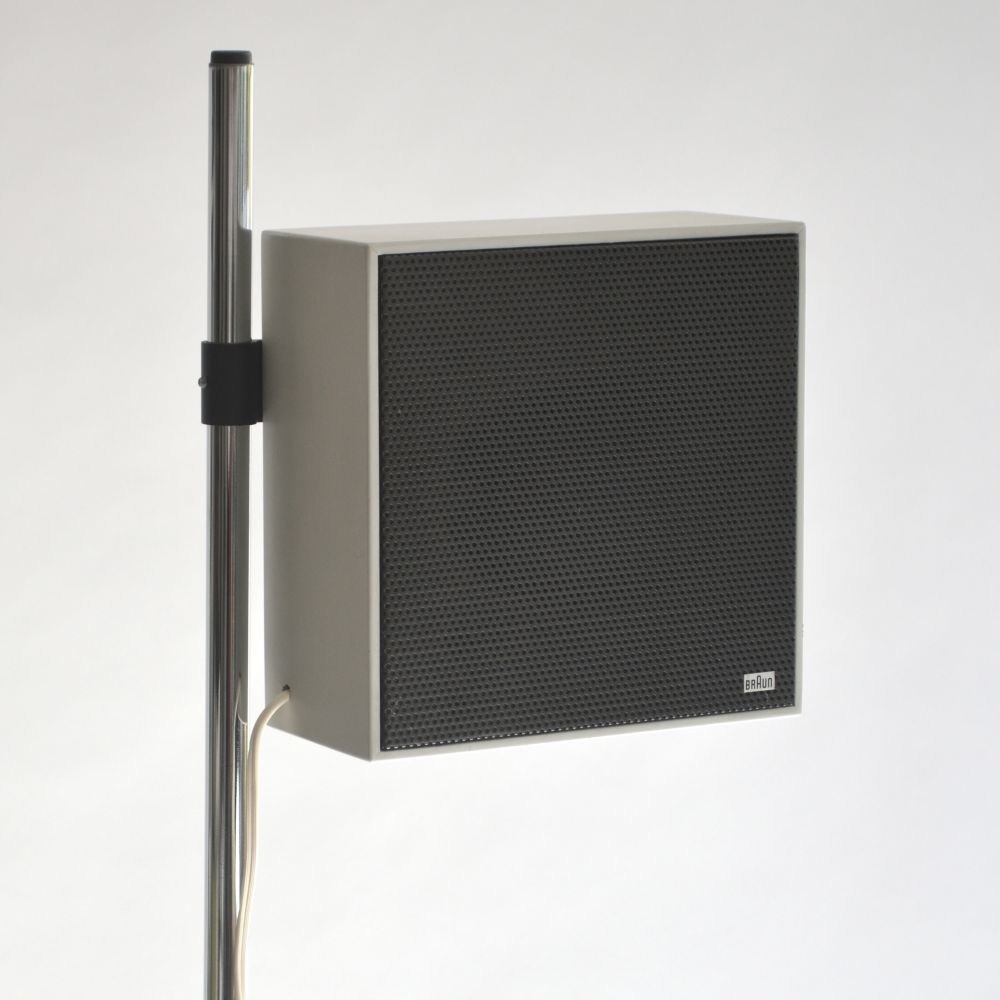 Braun has had a 28 year absence from the audio category, but it will now partially dictate the brand’s future direction, with the new division carrying the moniker Braun Audio. The reworking of the LE speakers (pictured), originally also designed by Dieter Rams in 1959 is supposed to be an example of his own ethos: “good design is honest”. Braun believes its speakers are bold in design without being intrusive, qualities for which German design is renowned.

Prof. Oliver Grabes, Head of Braun Design, says “This year we excitingly mark the return of Braun Audio with the reinvention of one of the brand’s most iconic ranges – the LE. At Braun, the hallmarks of heritage, design and innovation have always been at the company’s core. The reintroduction of Braun Audio now means the brand reawakens its relationship with the audio world and the importance that sound, and particularly music, has in our lives.”

Maybe Braun can make a razor with a speaker in it so you can listen to music while shaving?
You must log in or register to reply here.