Posted on April 7, 2018 by Sam Posten
Once more into the deep, dear friends! Recommended 4.5 Stars

The BBC continues to impress with this latest follow up in their marquee “Planet” series.  Blue Planet II showcases the latest discoveries in the waters of our world, and how humans are messing it up.

The Planet Earth series continues to be a showcase for the best video exploration of our home world.  4 years in the making, the extraordinary crew of camera operators for Blue Planet II have employed the latest 4k capture rigs, underwater vehicles, ships, planes and other technology to bring us closer to aquatic nature, and into the darkest depths humans have ever seen.   From surfing along side dolphins in swells greater than 20′ down to the frozen abyss below antarctic ice, the team has brought back spectacular footage that is exhilarating and educational in equal parts.

If I have one complaint about the series it is in the lack of an overarching structure.  Each episode focuses on a sub-topic, sure enough, but there is only a limited vision stringing the narrative together.  In many ways it’s a stream of consciousness that gives us a peak into the latest discoveries that scientists and explorers are making.  Remarkably, 6 plus hours of these are able to be put together without losing our interest, but if you lose your place you might have a really tough job finding your way back to it.

The highlight for me of the series is always the focus on predator and prey.  Blue Planet II gives equal time to each, showing the defense mechanisms that the wild life have employed.  Sometimes they work as planned, sometimes they fail spectacularly, and sometimes the predators become the prey.  As the saying goes, there’s always a bigger fish.

The impacts of human activity are never far away either.  Even beyond climate change the ways that humans are wreaking havoc is brought to light again and again.  There’s even a few examples of how the animals have adapted around our destruction, and a few shots of how we have corrected for past damage we became aware of, but the overall message is that we are definitely in danger of catastrophe.  It’s a lot to take in, given the beauty and spectacle on display. 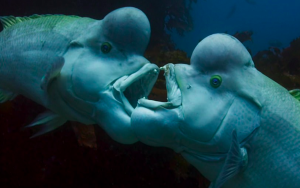 Simply put, the Planet series has always been the best demo material for the latest displays, and Blue Planet does not disappoint here.  Colors flash in stunning HDR that simply is not possible unless you have a well configured 4K display. 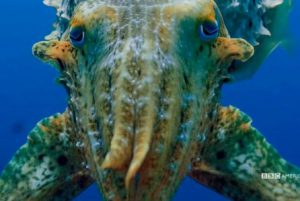 We’re at the tip of the spear where tech is concerned tho.  In attempts to light the darkest depths there are segments that have unavoidable noise and blotchy video.  There’s a few segments where the limits of telephoto lenses have been exceeded and cropped video results in halos surrounding a scant few segments.  When viewed up against the best the season has to offer they stick out a bit, but anyone who is not a IQ snob like we are will never give it a second thought.  That was exactly the reaction my viewing companions had, they thought I was crazy for even pointing it out when their jaws were still on the floor from the good stuff =)

The only option here is DTS MA HD and, as usual for the Planet series, it is excellently presented.  The musical composition gives life to the segments filmed in silence or in remarkably noisy conditions.  In fact, I had to check the first few segments to make sure it really was a sound track filling in for the captured segments, it wasn’t obvious at first.

Where possible, real sound has been well recorded as well.  The pounding of heavy seas shreds the room, and swimming along with pods of dolphins allows their calls to be heard all around you.

The only extra is a 54 minute “Making of” segment called “Into the Blue”, which is pure heaven for those of us who wonder just how the heck some of these experiences were captured.  The answer, more often than not, is simply expert performance of well known techniques: macro photography, high speed capture, drones, remote operation, time lapse, long lenses and patience.

Overall I continue to be a fan of the series and loved this Blue Planet II season more than the others.  The segments of predator and prey remind us just how delicate life is and how the balance of our ecosystems is even more so.  I’d like just a bit more of the story to develop during each episode, but in the absence of that the stunning video and the life or death battles will have to do. 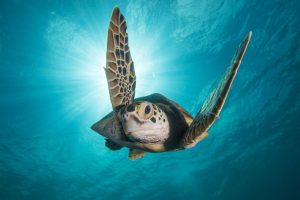 Blue Planet II rates an easy ‘recommended’ from me. 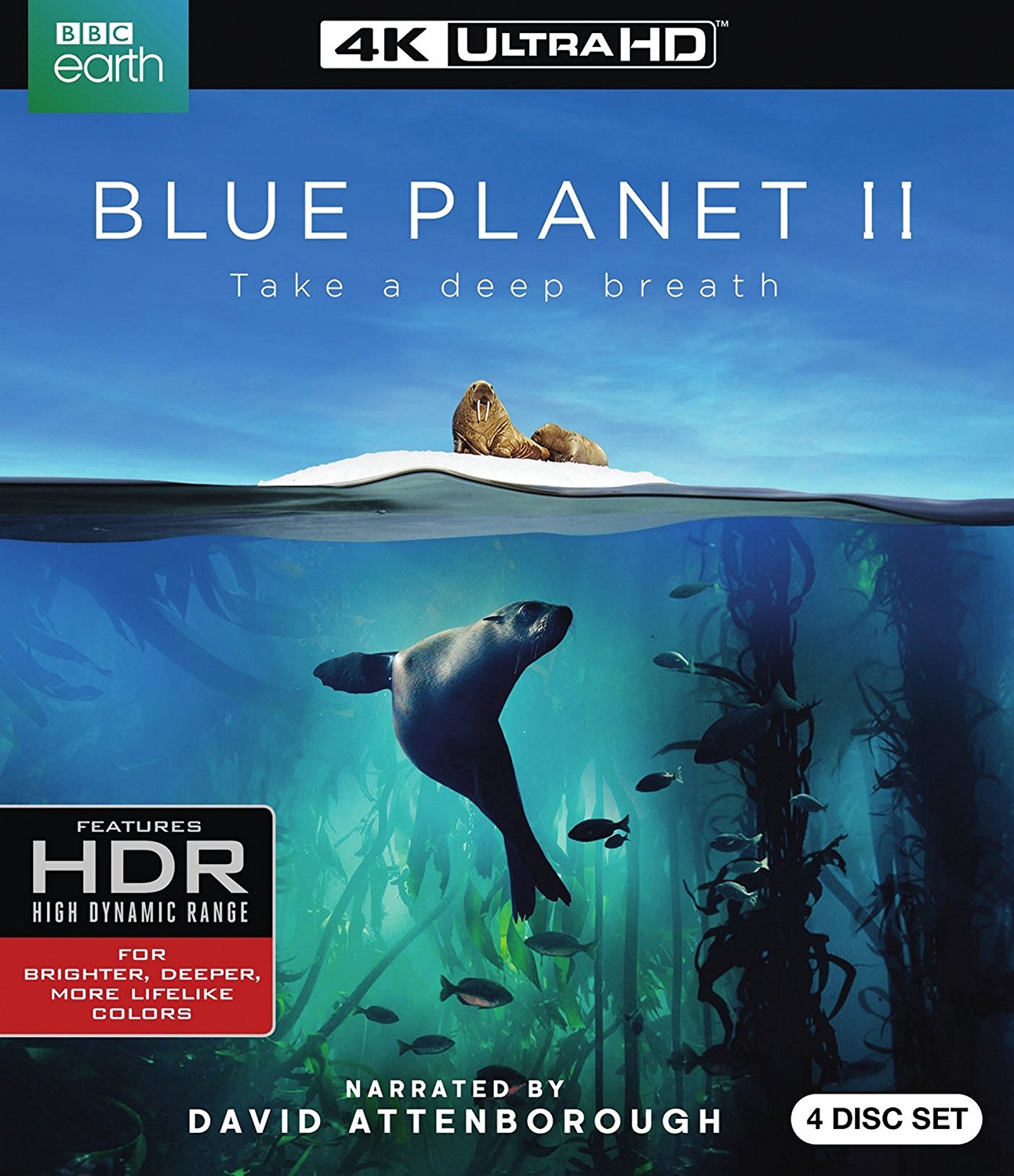