Robert Stevenson’s silly, rambunctious fantasy comedy Blackbeard’s Ghost continues the good-natured spirit of Walt Disney’s family comedies of the 1960s even if the movie’s premise sometimes doesn’t paint its characters with much intelligence and the goal seems always that slapstick be the order of the day.

Robert Stevenson’s silly, rambunctious fantasy comedy Blackbeard’s Ghost continues the good-natured spirit of Walt Disney’s family comedies of the 1960s even if the movie’s premise sometimes doesn’t paint its characters with much intelligence and the goal seems always that slapstick be the order of the day. Blackbeard’s Ghost certainly has enough sight gags and mayhem to delight the younger members of the family while not being too burdensome for the older ones among us to endure it for its a bit overlong 107 minutes.

Godolphin College’s new track coach Steve Walker (Dean Jones) inadvertently spouts the words of a spell that had put the ghost of the pirate Blackbeard (Peter Ustinov) into a limbo state, caught between the worlds of the dead and the living with only the person who spoke the spell able to see him. The spirit explains to Steve that he was cursed by his wife to roam the Earth until he performs one good deed. Since Steve is the only one who can hear or see Blackbeard, he has no choice but to help him achieve that end. Together, they try to help Professor Jo Ann Baker (Suzanne Pleshette) stop a gang of crooks led by the smarmy Silky Seymour (Joby Baker) from taking over an inn for the elderly and turning it into a casino.

The screenplay by Bill Walsh and Don DaGradi based on a book by Ben Stahl is loaded with situations where Steve is held accountable for the shenanigans pulled by the ghostly pirate. Sometimes this gets Steve into really hot water (an encounter with a traffic cop where clearly something other that Steve is causing the mayhem still gets him arrested) even though it provides the Disney special effects team with a field day to portray their invisible being driving a car and piloting a motorcycle, and later magical situations where Blackbeard manipulates the results at a track meet and at a roulette table call to mind similar feats of legerdemain in other Disney comic fantasies like The Absent-Minded Professor and Son of Flubber. There is a slapstick running gag with a waiter (Gil Lamb) who constantly stumbles over the unseen buccaneer and not only destroying the restaurant’s crockery but also winding up with lots of different types of foods slathered over his person, and the crooks, who are big but never seem particularly threatening, get tossed and tumbled around the set as the ghost makes hash of them at the climax. But the script also makes Dean Jones’ Steve seem like a total airhead with his knowing that Blackbeard can’t be seen and yet constantly having him talking openly with the invisible rascal that makes Steve appear to be a lunatic to all those around him.

Dean Jones is a typically amiable Disney hero: well-meaning, polite, and a bit of a bungler, and Suzanne Pleshette makes a perfectly fine romantic interest for him (a squeaky clean romance to be sure). Peter Ustinov gets to chew the scenery like mad as the pirate scoundrel, and he appears to be having a rollicking good time. Joby Baker, usually a slick comic television actor, gets to act the villain for a change, and he’s amusingly unctuous with his pencil-line mustache and offering just enough menace to satisfy the situation. Elsa Lanchester has some fine scenes as a medium and later as the head of the Daughters of the Buccaneer while Richard Deacon offers his usual stalwart support as the college dean who doesn’t know what to make of his new track coach. Michael Conrad is the school’s egotistical football coach and a rival for Professor Baker’s affections. As usual, a plethora of fine character actors abet the leads in small roles but with some punch, among them Elliott Reid as a scoffing sports broadcaster, Herbie Faye as the bamboozled roulette croupier, Ned Glass as a bank teller, and Lou Nova as one of Silky’s massive henchmen.

The film has been framed for this Blu-ray release at 1.66:1 and is presented in 1080p resolution using the AVC codec. Sharpness is usually excellent (outstanding enough to note a few wires being used during the special effects) apart from occasional scenes which look a bit dupey, and color quality and saturation levels are first-rate with accurate skin tones. Contrast has been consistently maintained for an impressive image. There are no problems with age-related artifacts like dust and scratches. The movie has been divided into 12 chapters.

The Dolby Digital 2.0 sound mix is decoded by Dolby Prologic into the center channel. There are no problems with age-related artifacts like hiss, crackle, or flutter, and the dialogue has been well recorded and always comes through clearly and cleanly. The background music score by Robert F. Brunner and the atmospheric effects all have been combined smoothly for this fine, if lossy, soundtrack.

There are no bonus features on this Disney Movie Club exclusive release.

A product of a much more innocent time, Blackbeard’s Ghost is nevertheless just fine for the family with a lighthearted fantasy story that younger kids will really enjoy and the older ones in the family can tolerate. This movie is offered as part of the Disney Movie Club (www.DisneyMovieClub.com) though you can certainly find it offered for sale with varying premium prices at Amazon (see below) and through other marketplace sellers.

Just curious Matt, did Disney send out screeners of their club exclusives this late in the game or did you have to acquire them yourself to do all these marvelous reviews?
Reactions: Matt Hough

Great review, thanks for posting it. I always enjoyed this film. Dean Jones is great, always had a soft spot for him.
Reactions: titch, Mark Walker and Matt Hough

I picked this up as a blind buy a while ago but haven't watched it yet - will try to get to it sooner, I'm more excited about it after your review.
Reactions: Matt Hough

Mark-P said:
Just curious Matt, did Disney send out screeners of their club exclusives this late in the game or did you have to acquire them yourself to do all these marvelous reviews?
Click to expand...

Disney did not send out screeners; I would have done them in a more timely fashion if that had happened. HTF Management generously provided me with some of the Club Blu-rays for me to review when things were a little slow in my review schedule.
Last edited: Apr 17, 2017

Partly nostalgia, no doubt, but I really like this one. I have vivid memories of seeing this on a double feature with Snowball Express. I also had the storyteller LP, much of which was taken from the actual soundtrack.

This is one of my favorite films of all time and it has always looked muddy and awful -- until now... it's perfect -- like looking through a window and we finally get all that is in the frame. Don't miss it! The same transfer is also on Amazon streaming.

Forgot to include this one on my primary school film list from the early 1970's, together with all the other ones I was remembering on the Twilight Time "Tom Sawyer" thread, a few days back. Loved it! (And before I forget, we saw Davy Crockett too!)
Reactions: skylark68
You must log in or register to reply here.
Share:
Facebook Twitter Reddit Pinterest Tumblr WhatsApp Email Link 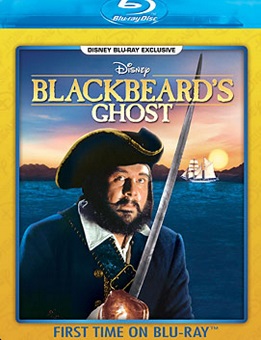