Forum List What's new Dark Style Change width
Log in Register
What's new Search
Menu
Log in
Register
Navigation
Install the app
More options
Dark Style
Close Menu
Posted on June 13, 2019 by Sam Posten
You are using an out of date browser. It may not display this or other websites correctly.
You should upgrade or use an alternative browser.

This is no time for pizza - Recommended 4.5 Stars 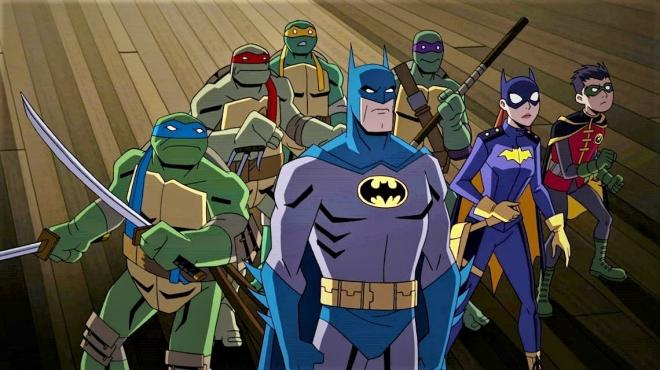 The Teenage Mutant Ninja Turtles aka Leonardo (Eric Bauza), Michelangelo (Kyle Mooney), Donatello (Baron Vaugn), and Raphael (Darren Criss) follow their nemesis Shredder (Andrew Kishino) to Gotham City. In Gotham, Shredder has teamed up with Ra’s Al Ghul (Cas Anvar) to steal a series of technology pieces that together can mass deploy a serum that combines the Ooze that created meta humans like the Turtles with the mutagen that created The Joker (Troy Baker). In attempting to foil Shredder the turtles cross paths with Batman (Also Troy Baker), Batgirl (Rachel Bloom) and Robin (Ben Giroux), first as combatant enemies and shortly thereafter in an inevitable team up. It’s not just Shredder and Ra’s they will have to face together tho, as those two unleash Joker, Harley Quinn (Tara Strong), Poison Ivy (Strong), Bane (Carlos Alrazqui), Mr. Freeze (John diMaggio), Penguin (Tom Kenny), Two Face (Keith Fergusen) and more of Batman’s usual enemies along with the rest of the Foot Clan. Worse, the whole rogues gallery gets hit with the mutagen as well, transforming them into individually distinct meta human versions of their dastardly selves, including a polar bear for Freeze and a giant cobra for the Joker. Only by working together and learning from each other can the Turtles and Batman hope to defeat the combined might of all of their enemies. 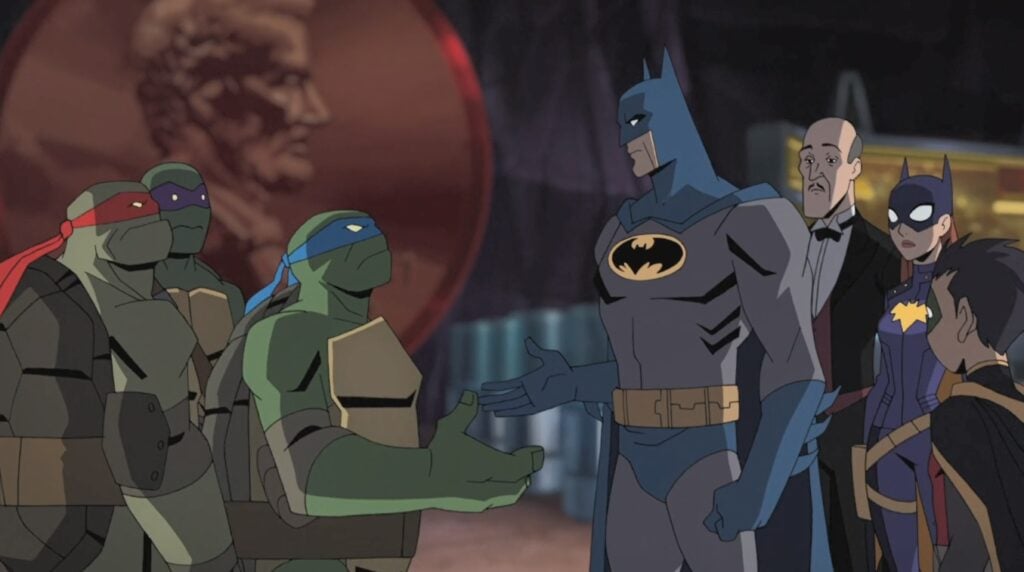 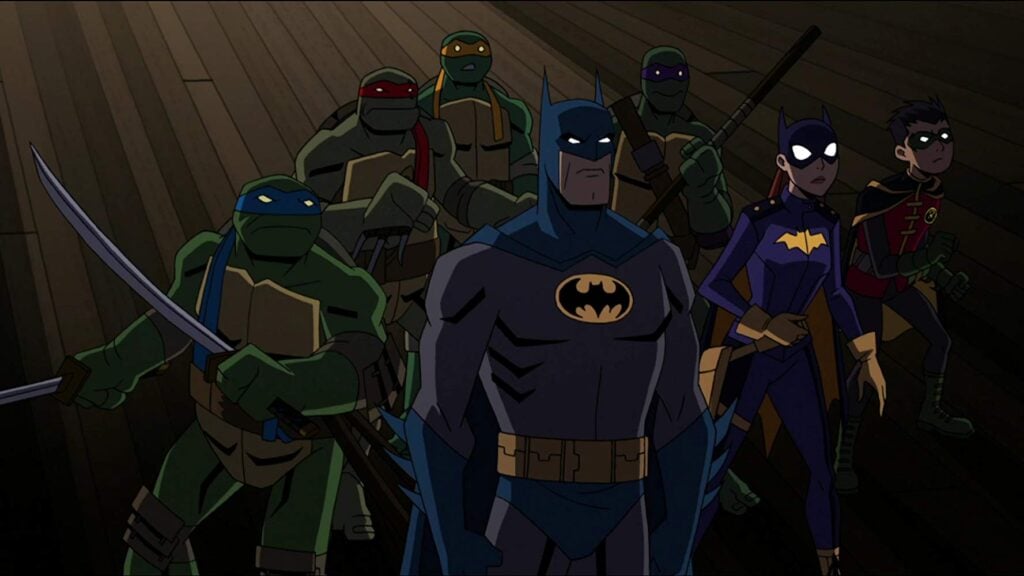 DC continues to release outstanding animated superhero features at the same time they struggle to produce winning live action ones. I’ve collected a number of others in the DC series and this one surprisingly tops the list. The team up is not obviously a winner at first, although looking at the masterful 6 issue comics run the film is loosely based on is a big hint. This feature eschews the gritty realism of that series but maintains the charm. The film also exists as a kind of greatest hits of Batman’s enemies, tho too little screen time is given to each of them to really let them shine and not much is referenced of the Turtle’s own back history. The ultimate battle will see Batman himself go mano-a-mano against Shredder with limited Turtle influence, and this makes for a surprisingly convincing challenge.

Packaged together the humor, action and sheer scale of bringing the best and worst of both worlds together is more than the sum of its parts and I really got a kick out of the whole thing. I went in ready to trash it and ended up knowing this release is completely worthy of a HTF ‘Recommended’ and was tempted to bump that to Highly Recommended. If either side of this coin is one of your favorites I guarantee you will enjoy the pairing. 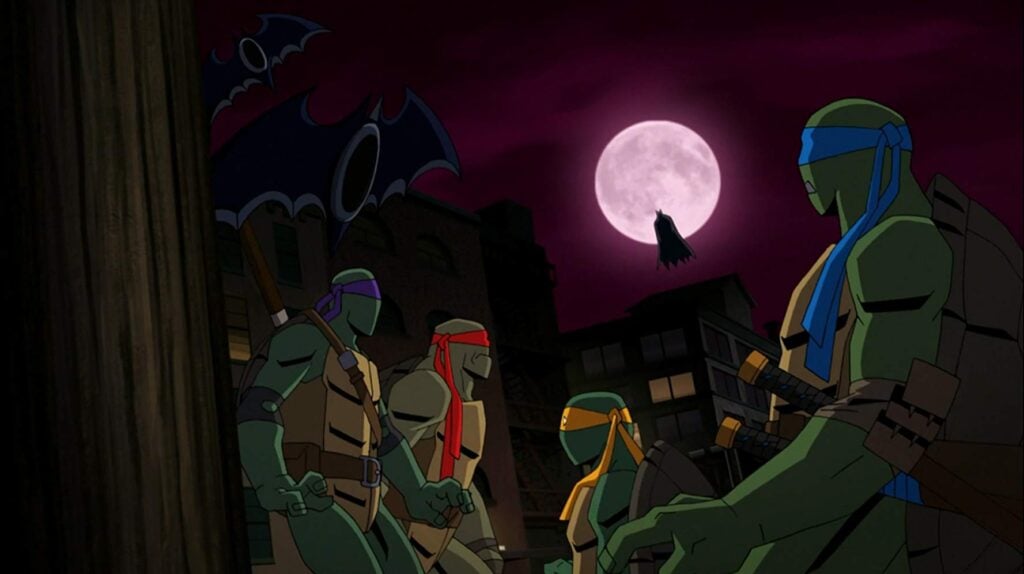 I didn’t originally think this animation style would really benefit from a 4k transfer but it really seems to show major improvements over the Blu. The HDR pass is certainly part of it, giving deep blacks of Gotham at night and the Batcave background elements a nice base for highlights to pop out from. I can’t imagine it looking better, it’s a far cry from the broadcast quality from the animated series! 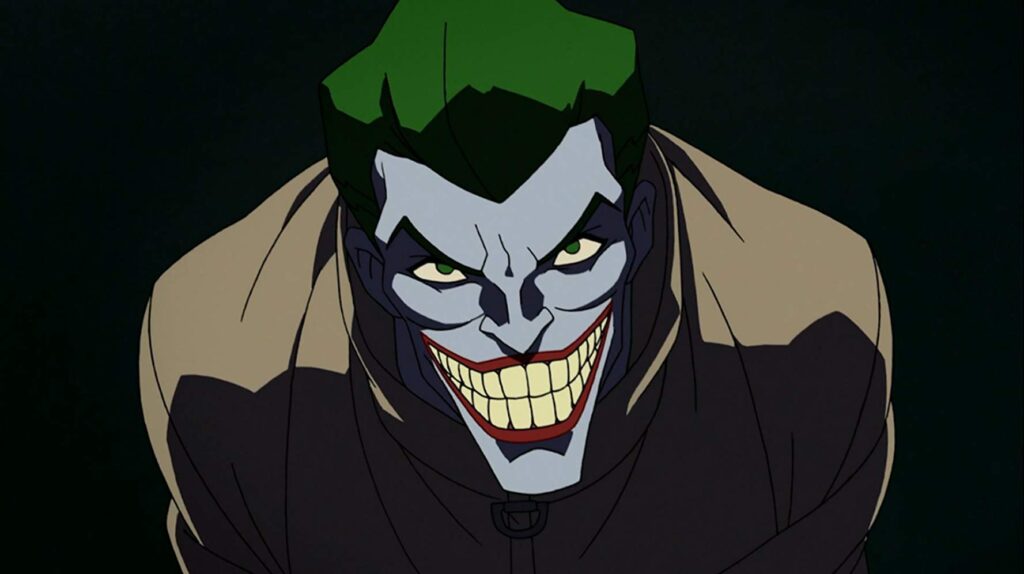 While not object based this release’s soundtrack packs a decent punch during the many scenes of fisticuffs and gun fire. The action flows into the rears nicely with a few good swirls as pans occur. The synth heavy score is well paired to the story line but isn’t as memorable as say the Danny Elfman Batman theme or even the orchestral riffs of the Nolan series. 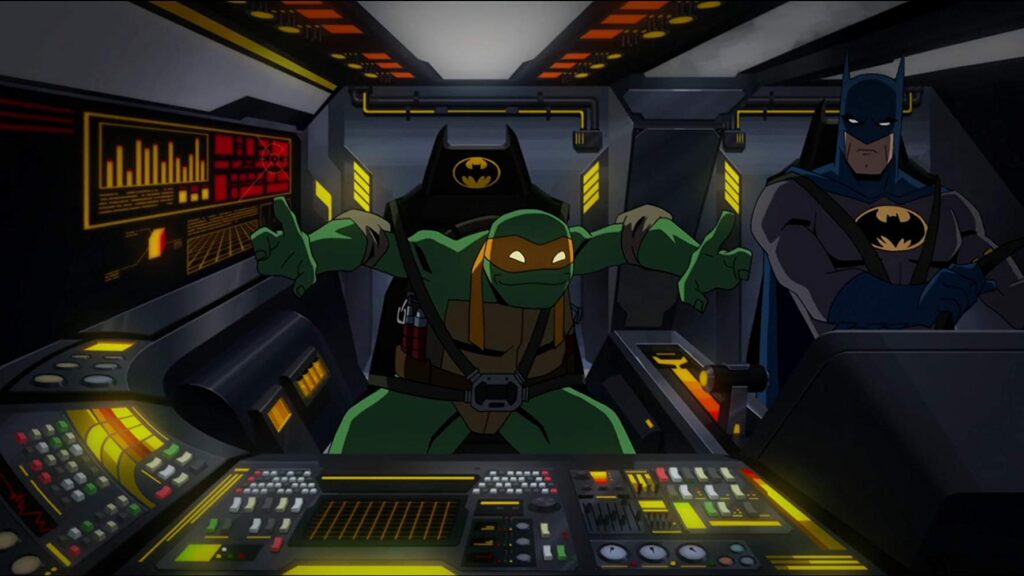 Watching the extras you immediately get a sense that the team putting these films together is absolutely immersed in and in love with the comic source material. They have been through multiple adventures together bringing the series to life and they have immense respect for the comics and love bringing creative solutions to bringing the action to life and throwing out pop culture references that they know their target audience will eat up. 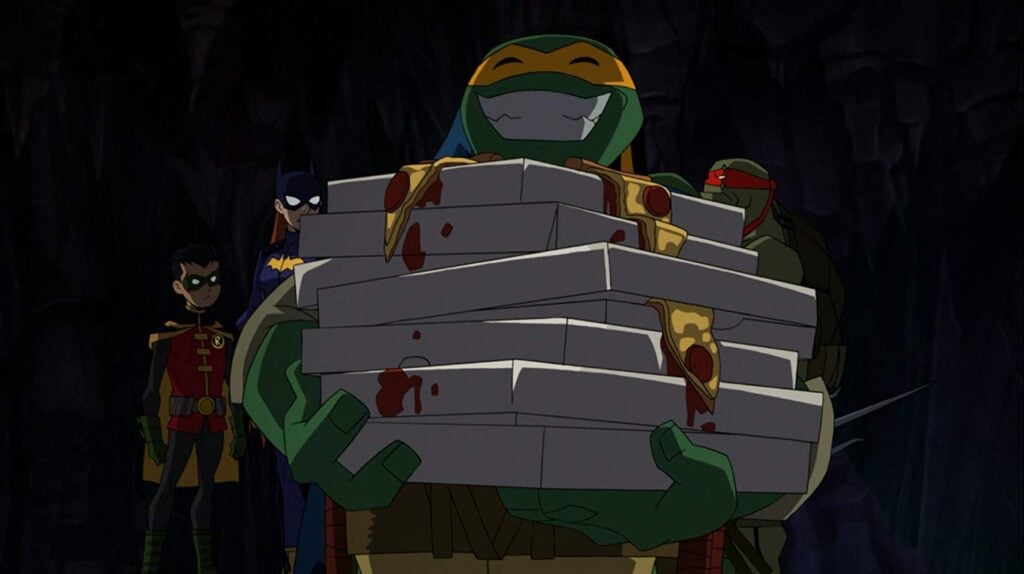 Ultimately I went in dubious on this team up and came out a huge fan. Staying tuned through the credits indicates that a sequel is in the works, so hopefully round 2 will include more of the Ninja’s world including Krang and Splinter. Perhaps Batman will get to visit the Turtle’s home turf next time. Even if that never happens this release is still near perfect on its own and easily earns a HTF ‘Recommended’ seal of approval. 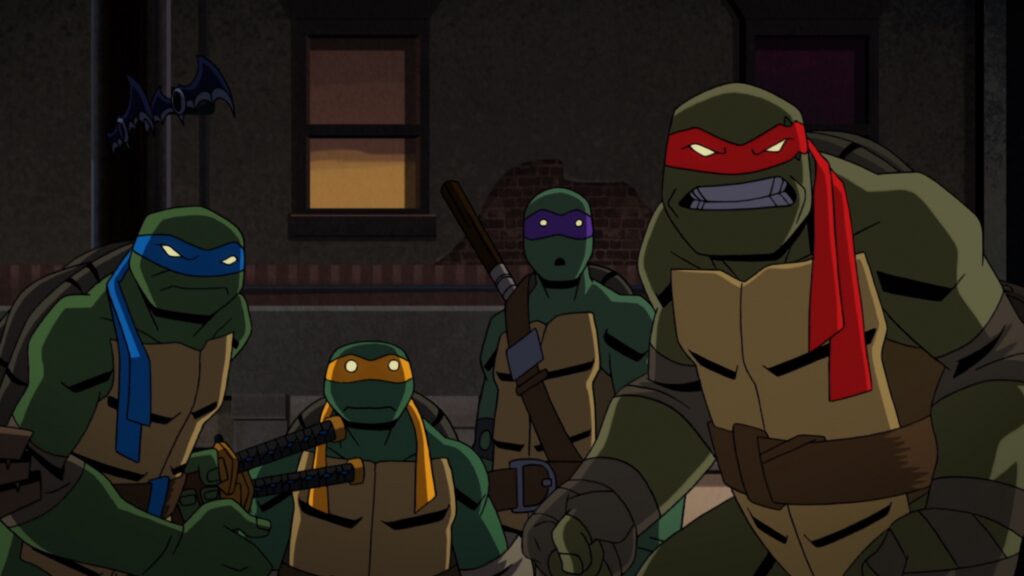