Recommended for fans but with reservations for everyone else. 3 Stars

Fans of Son of Batman and Batman vs. Robin will probably enjoy the continuation of the stories in the earlier films, but Batman: Bad Blood suffers from the law of diminishing returns that affects most sequels.  The characters in this Batman “Family” of characters have a lot of entertainment potential, but this potential is not yet realized in Batman:  Bad Blood.

Batman: Bad Blood features the “Batman Family” of characters that were introduced in Son of Batman and Batman vs. Robin, as well as introducing some new characters to the fold.  Damian Wayne, the son of Bruce Wayne and Talia al Ghul, is the new Robin while the original Robin is now Nightwing.  The son of Lucius Fox is Batwing, a Batman version of the “Iron Spider”, and there is a mysterious new Batwoman.

After Batman disappears while assisting Batwoman, Robin and Nightwing have to step up to deal with new threats in Gotham City, with Nightwing impersonating Batman.  This allows for some interesting character interaction between the original Robin and the new Robin.  A new villain known as the Heretic has created a Gotham City version of the Legion of Doom, which includes Killer Moth, Firefly, and Blockbuster.

Bruce Wayne reappears eventually, and the heroes learn that the Heretic is actually a clone of Damian Wayne created by Damian’s mother, Talia al Ghul.  Talia and the League of Assassins have enlisted the Mad Hatter in a scheme to brainwash Bruce Wayne and control him in support of their nefarious plans.  The original Robin, Nightwing, and the new Robin, Batman’s son, must both battle against their erstwhile father figure until Bruce Wayne’s better nature can overcome his brainwashing.

Jason O’Mara and Stuart Allan return as the voices of Batman and Robin, with Yvonne Strahovski as the new Batwoman.  Firefly alums Sean Maher and Morena Baccarin play Nightwing and Talia, respectively.

The screenplay is by acclaimed comic writer J.M. DeMatteis, who also wrote the earlier Batman vs. Robin.  If any conflict is only as good as its villains, then this may explain why this entry in the series fails to match up to the standard of its predecessors.  Talia and the League of Assassins are potentially great villains, but when they are supported in their schemes by the likes of Killer Moth and Firefly, we are going lower than the “B” class of Batman’s’ rogues gallery.  The heroes in this entry are much more interesting than the villains, resulting in a less than compelling conflict.

Batman: Bad Blood is presented using the AVC codec in a 1.85:1 screen aspect ratio. Colors are vibrant and there are no apparent compression artifacts.  As with earlier entries in this series, the only real flaws are the aliasing visible on the fine line artwork of the animated figures.

The English DTS-HD MA 5.1 audio has excellent dynamic range, although directional audio is not employed as often as in earlier entries in this series.  Dialogue is always audible at proper levelsover music and effects in the audio mix.

The special features includes all of the following:

Putting The Fight In Batman(26:26): This featurette is not limited to Batman in this film but discusses the roles of Batman in animation over the last 25 years.

Expanding the Batman Family(13:46): The pr0ducers of this film talk about the introduction of the supporting characters in this film.

Sneak Peek at Justice League vs. Teen Titans(11:31): Footage from the animated feature due for release on Blu-ray and DVD on April 12, 2016.

DC Comics Vault: Consists of the following animated episodes from Batman: The Brave and the Bold:  The Knights of Tomorrow!(23:07) and The Criss-Cross-Conspiracy(22:49).

Also included are a DVD and a paper insert with a validation code for Ultraviolet for those consumers enamored with storing their media in the ether.

Fans of Son of Batman and Batman vs. Robin will probably enjoy the continuation of the stories in the earlier films, but Batman: Bad Blood suffers from the law of diminishing returns that affects most sequels.  The quality of  video and audio presentation on this blu-ray disc is excellent.  The special features, even though not expansive, are recommended.  The characters in this Batman “Family” of characters have a lot of entertainment potential, but this potential is not yet realized in Batman:  Bad Blood.  This will hopefully be rectified in sequels to this film.

I'd half agree with the villains. However, this is a piece of a continuing story which centers on the Bat Family and really isn't contingent on the villains. Bad Blood is infinitely more interesting because this isn't the Joker or the Riddler as the main villain. It's time some of the lesser bad guys get to be seen.
You must log in or register to reply here. 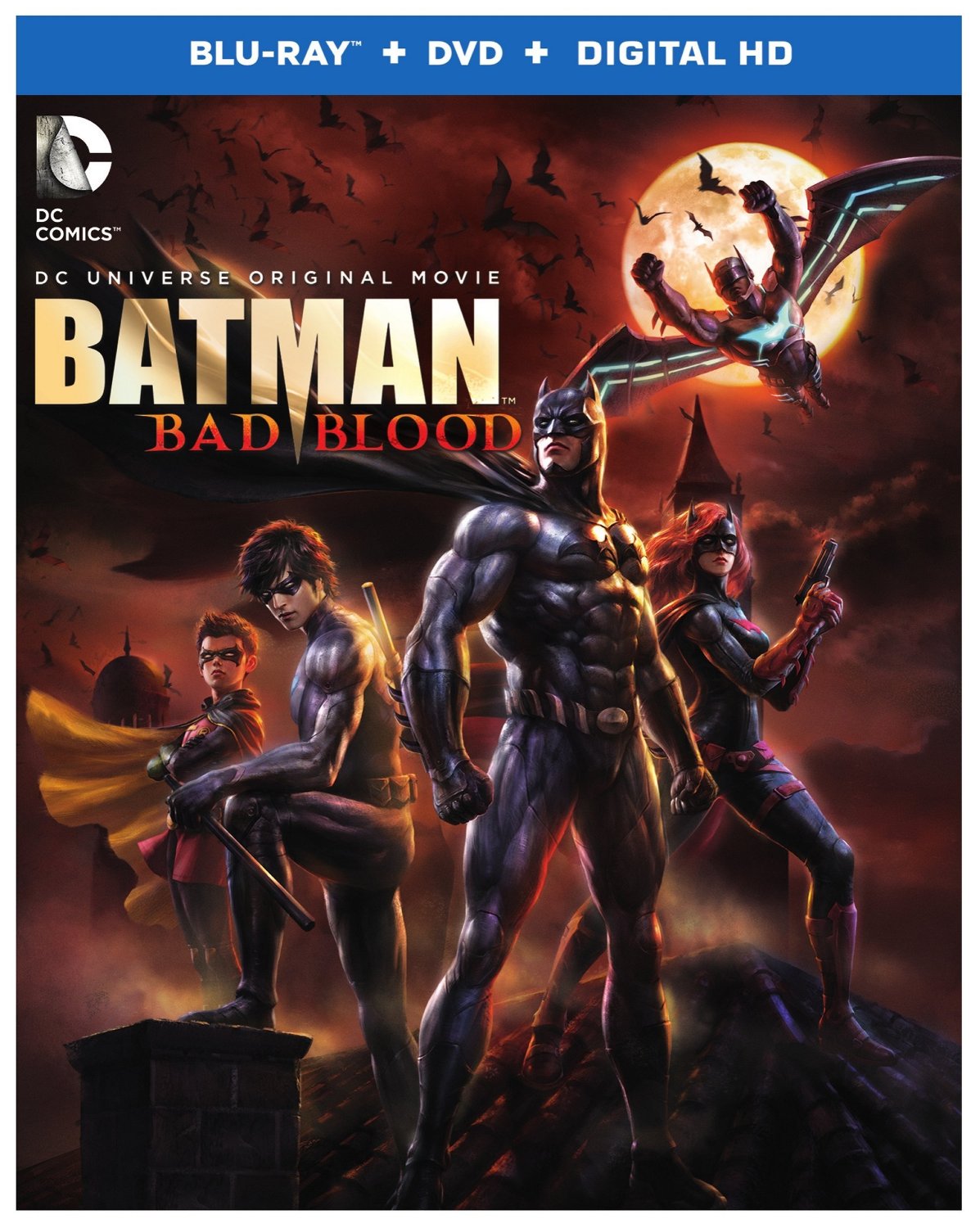