Edgar Wright’s pet project, Baby Driver, slams its foot down on the accelerator pedal from the opening logos and doesn’t let up until the end credits roll, all the while perfectly choreographed with its musical track. It is a wild ride for the eyes and ears.

Baby (Ansel Elgort) is paying off a debt owed to Doc (Kevin Spacey) as a get-away driver for his high-profile heists throughout Atlanta. Baby is a highly talented driver, able to elude police with ease by timing the get-away scenarios to music on his iPod. But his deaf foster father, Joseph (CJ Jones) doesn’t approve, preferring that he use his driving talents to deliver pizza. Baby thinks he has only one job left, so when he meets Debora (Lily James), a waitress at the local diner who is also a music trivia expert like himself, he dreams of leaving the world of crime behind him and drive west with her. Of course, that is not to be, as Doc gently threatens Baby to come back and earn the big bucks so he can continue to wine and dine Debora after pulling off a robbery of the Atlanta Post Office with Buddy (Jon Hamm), his girlfriend Darling (Elza Gonzalez), and sociopath Bats (Jamie Foxx).

The opening sequence, a bank heist involving Buddy, Darling, and Griff (Jon Bernthal) followed by a car chase along the city streets and highways of downtown Atlanta, is perfectly constructed and choreographed to Bellbottoms by The Jon Spencer Blues Explosion, and continues with an amusing title sequence set to Harlem Shuffle by Bob & Earl as Baby is sent to get coffee for the team. Writer-director Edgar Wright doesn’t let his foot off of the gas pedal for the nearly two-hour running time, all the while keeping actors moves and even gun shots to the beat of the music. Ansel Elgort is completely in tune with his character of Baby (pun intended), understanding how music plays such an important role in the young man’s life. Elgort and Lily James have a definite chemistry that sells their romance. Kevin Spacey walks a thin line between playing the main villain of the piece and actually caring about Baby, providing some of the funniest gags in the film. Baby Driver is a film where everything and everyone works splendidly together (the cast, direction, script, score, cinematography, editing, etc.), making it one of the best films of the year and definitely Edgar Wright’s best film to date.

Baby Driver was filmed primarily in Super 35mm and completed as a 2K digital intermediate with Dolby Vision HDR. Sony’s 2160p transfer used on this disc, however, uses HDR10. For most 4K adopters at this stage, that is not exactly a deal breaker, since there are more HDR10 displays and players in the field than those that support Dolby Vision. The result is a much more detailed and vibrant picture than what is found on the included 1080p Blu-ray (which appeared overly bright and somewhat washed out, to me). Blacks are deep and very inky while retaining a great deal of shadow detail, especially during the shootout with the Butcher. Colors are more natural, allowing the viewer to see the minor differences in reds between the three cars that fake out the police during the opening chase sequence. This is a really stunning transfer.

Once again, Sony has short changed purchasers of the Blu-ray edition by only providing them with a DTS-HD Master Audio 5.1 track, yet giving the UHD version a demo-worthy Dolby Atmos mix that will rock the house. This is a very immersive track, with sounds coming at the listener from all angles with excellent fidelity. The simulated tinnitus is much more apparent (or was it my actual ears that were ringing?) in this mix during quieter passages, while LFE gives not only gunshots and car engines extra emphasis, it also provides a much deeper end for many of the musical tracks used. Dialogue remains clear and understandable throughout without being overpowered by music or effects.

All of the extras can be found on the included Blu-ray edition. I really wish Sony would be more consistent with including at the very least the commentary tracks on the UHD disc.

Audio Commentary with Writer-Director Edgar Wright: Wright talks almost non-stop in this first of two commentary tracks, dealing more with the 20-year history of writing the film, the research involved, the casting, having to deal with the vocabulary differences between British and American English, etc.

Audio Commentary with Edgar Wright and Director of Photography Bill Pope: This is, quite obviously, the more technical commentary track, considering it includes cinematographer Bill Pope.

Behind the Scenes (1080p; 45:15): A look at the making of the film, divided into six parts that can be viewed as a whole or each part individually; That’s My Baby: Edgar Wright, Mozart in a Go-Kart: Ansel Drives, I Need a Killer Track: The Music, Meet Your New Crew: Doc’s Gang, Find Something Funky on There: The Choreography, and Devil Behind the Wheel: The Car Chases.

Mint Royale – “Blue Song” Music Video (1080p; 4:15): Edgar Wright directed this music video in 2003, and would incorporate much of the style into Baby Driver years later.

Complete Storyboard Gallery (1080p): A four-part slideshow of storyboards from the film.

Digital Copy: An insert contains a code to redeem a digital copy. Redeeming on SonyPictures.com will give you access to UHD streaming versions on Sony’s ULTRA 4K service and on Vudu. You mileage may vary if redeemed on other providers such as Movies Anywhere and directly on Vudu.

I’ve been a fan of many of Edgar Wright’s movies, including Shaun of the Dead and Hot Fuzz, but Baby Driver just may be his best film to date. The UHD is, hands down, a huge step above and beyond the 1080p Blu-ray in both picture and sound.

Watched this for 'free' on Netflix today. Good soundtrack, terrible film. Added to my long list of once only films. Glad I didn't have to buy a disc to see it.

Keith Cobby said:
Watched this for 'free' on Netflix today. Good soundtrack, terrible film. Added to my long list of once only films. Glad I didn't have to buy a disc to see it.
Click to expand...

I wouldn't think it's your kind of film. I've watched it 3 times so obviously I like the film quite a lot.

True, but the benefit of streaming is that you no longer need to buy a disc to see a film. If I had liked the film I would have bought the 4k. I also streamed Green Book recently which I had previously missed. Really enjoyed the film but again don't feel the need to buy the disc. Just shows how streaming is changing behaviour amongst the disc buying community!

Keith Cobby said:
True, but the benefit of streaming is that you no longer need to buy a disc to see a film. If I had liked the film I would have bought the 4k. I also streamed Green Book recently which I had previously missed. Really enjoyed the film but again don't feel the need to buy the disc. Just shows how streaming is changing behaviour amongst the disc buying community!
Click to expand... 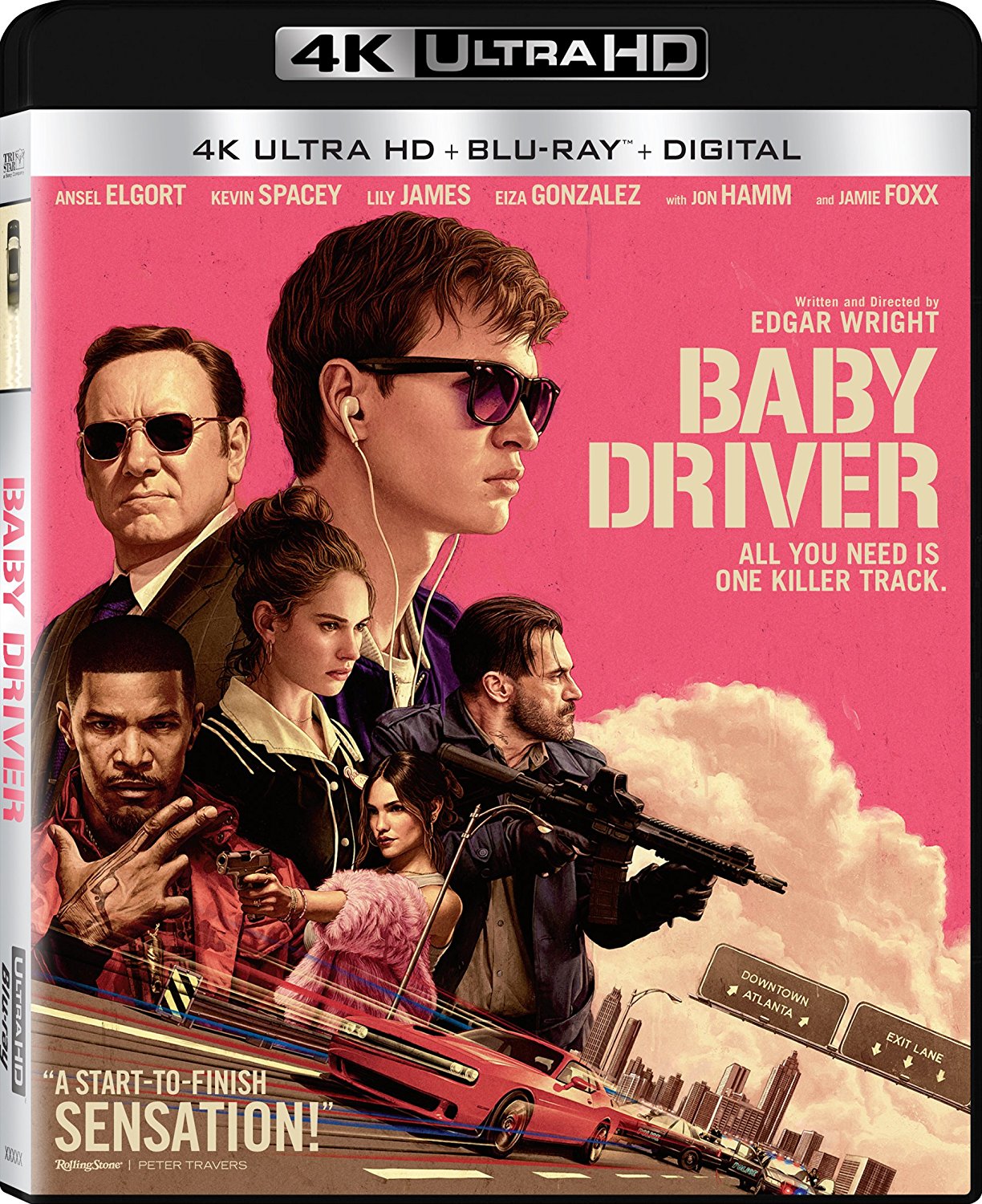