AudioControl has announced the introduction of three new A/V receivers and two new A/V processors, all of which will be available during the 4th quarter of this year.

AudioControl’s Concert Series of audio/video receivers comprise three models: the Concert XR-8, Concert XR-6 (pictured directly above) and Concert XR-4. All have Dirac room correction, as well as the most common immersive audio processing capabilities. The Concert XR-6 and Concert XR-8 also add AURO 3D, as well as six channels of user-configurable outputs which can be used for high-pass channels, additional subwoofers or height channels. Like the Maestro Series, the Concert AVRs feature an “industrial” design, as well as 16-channels of output, integrated web-based configuration, and app-based control with streaming connectivity. 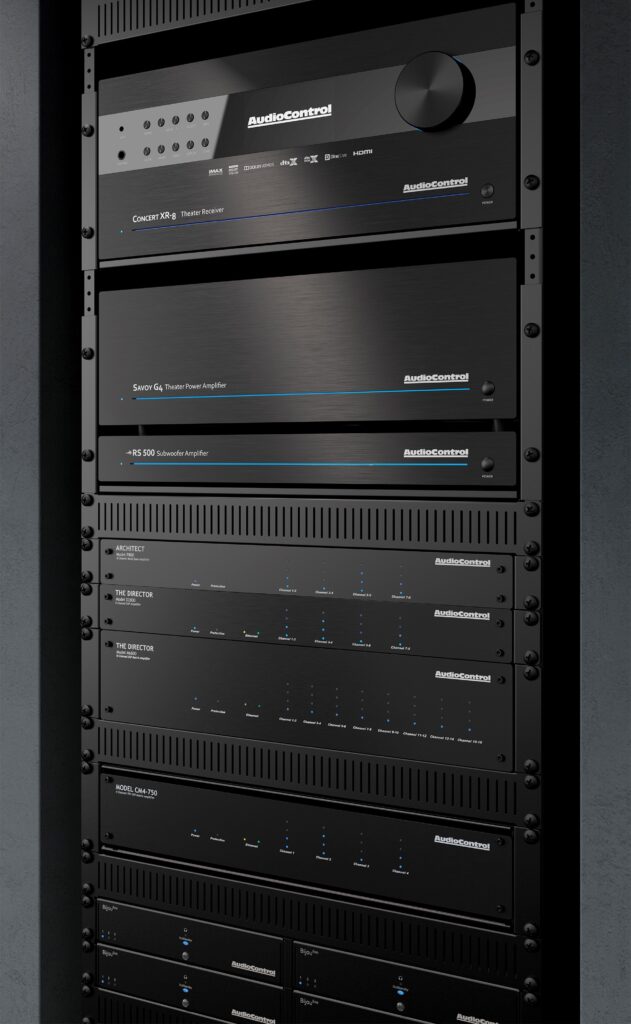 AudioControl products carry a 5-year warranty and are manufactured in the US. There is no pricing released at this stage, but you can read more at Audio Control’s website.