The amps are built around the company’s own Class H topology, which promise to deliver “authoritative” power and improved clarity without generating excessive heat. Both models are designed to complement the cosmetics of the existing and recently unveiled 4/3/2-channel Avalon G4, and are geared towards AV integrators who are looking for versatility with build-outs of multi-channel home theater rooms with anything from 5.1 to full immersive audio arrays. 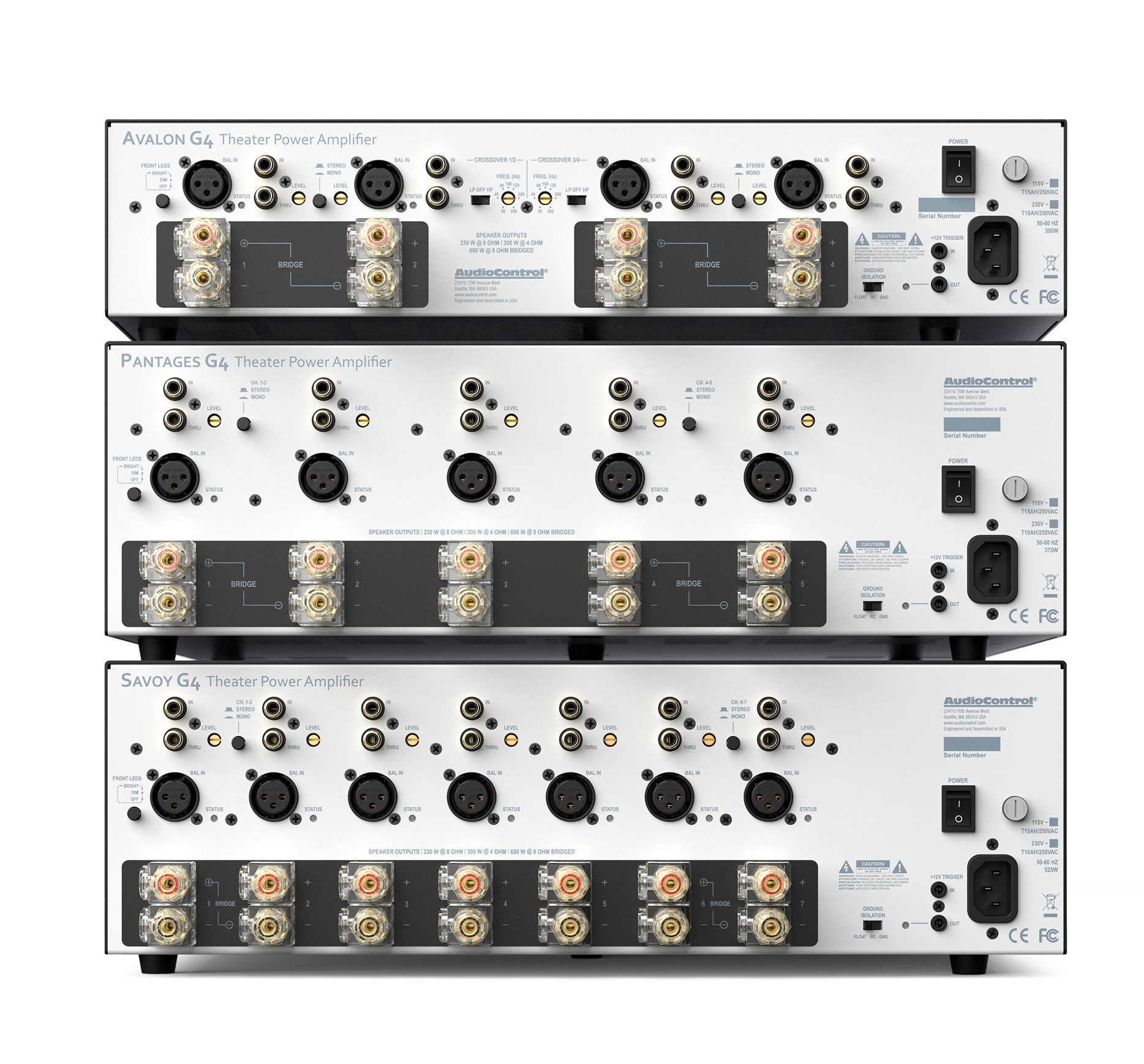 The Savoy and Pantages G4 include balanced and unbalanced inputs with an audio pass-through, and “high-quality” 5-way binding posts. The company says that the G4 amps deliver improved power, performance and functionality over their G3 predecessors, and now these features are delivered from a sleeker, more compact chassis. New G4 models are also capable of 230 watts at 8 ohms, 300 watts at 4 ohms, and 600 watts bridged into 8 ohms. The latest advanced Class H topology monitors input levels, while maximizing power efficiency and reducing operating temperature through the use of multiple voltage rails. AudioControl claims the Class H amplifiers have become popular for home theater aficionados due to their outstanding performance, efficiency and reliability.

There is now word on street dates yet, but you can see the latest product lines at AudioControl. HTF will keep tabs on the where and when of availability.