Forum List What's new Dark Style Change width
Log in Register
What's new Search
Menu
Log in
Register
Navigation
Install the app
More options
Dark Style
Close Menu
Posted on January 3, 2019 by Ronald Epstein
You are using an out of date browser. It may not display this or other websites correctly.
You should upgrade or use an alternative browser. 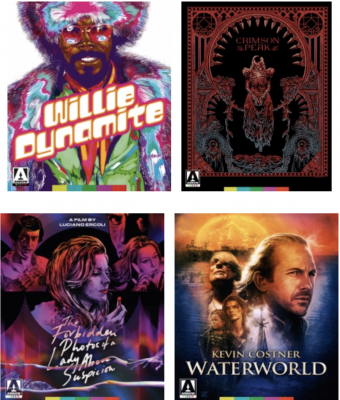 Ring in 2019 with a brand new batch of Arrow releases! The festivities begin on January 8th with the release of the blaxploitation classic, Willie Dynamite. While Willie doesn’t have the popularity of your Shafts and Sweetbacks, he certainly has every bit as much swag and star Roscoe Orman delivers a truly dynamite performance. This release features Kiss My Baad Asss, a guide to blaxploitation hosted by the legendary OG, Ice-T.

Also hitting shelves on the 15th of January is The Forbidden Photos Of A Lady Above Suspicion, from acclaimed Italian director Luciano Ercoli. This twisty and winding tale takes viewers through a triangle of friendship, sex and murder. Featuring a brand-new 2K restoration from the original camera negative, Italian & English audio tracks and plenty of special features to keep you busy once the film ends, this is is a must-own for Italian horror fans everywhere.

The month of releases comes to a close on January 22nd with Kevin Costner’s infamous Waterworld. This dystopian tale about Earth being completely submerged in water was notorious for being the most expensive film ever made at the time of its release and wasn’t well received by critics. Time has been much kinder to the film, having since developed a cult following as an action spectacle that isn’t to be missed. This new release features a 4K restoration and three cuts of the film, including the extended US TV cut that runs 40 minutes longer than the theatrical release.
COMPLETE DETAILS, SPECIAL FEATURES, and HI-RES ART BELOW 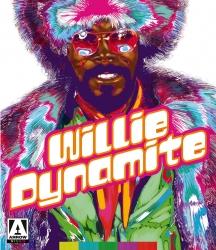 Willie Dynamite
“The hands-down winner of the all-out best blaxploitation movie of the seventies,” declares author and artist Darius James in That’s Blaxploitation! Willie Dynamite may not be as well-known as John Shaft, Sweet Sweetback or Super Fly’s Youngblood Priest, but he certainly deserves to be. 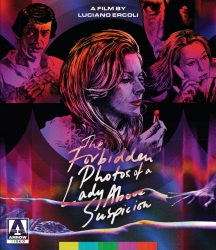 Forbidden Photos Of A Lady Above Suspicion, The
Before the influence of Dario Argento’s The Bird with the Crystal Plumage permeated every corner of the giallo genre, another strain of these distinctive Italian thrillers enjoyed considerable success. These “melodrama gialli”, heavily inspired by Clouzot’s Les diaboliques, relied less on graphic violence and high body counts and more on psychological tension.

Waterworld [Limited Edition]
The most expensive film ever made at the time of its release, Waterworld has thrilled audiences through the years with its awe-inspiring action scenes, gargantuan maritime sets and ground-breaking special effects.