Forum List What's new Dark Style Change width
Log in Register
What's new Search
Menu
Log in
Register
Navigation
Install the app
More options
Dark Style
Close Menu
Posted on November 2, 2020 by Sam Posten
You are using an out of date browser. It may not display this or other websites correctly.
You should upgrade or use an alternative browser.

The unresolved past can certainly wreak havoc on the present. - Recommended 4 Stars

Eden (Janelle Monáe), a slave on a Louisiana ‘reformation’ plantation where none of the workers are allowed to talk, and Veronica (also Monáe), a hip, successful, modern, educated and moneyed writer, are tied together through bonds that are not initially clear. Saying too much will ruin the experience and secrets of Antebellum (Latin for before the war, typically used to describe the conventions of slavery era American South). What we can say is that Veronica’s area of study is in healing and moving on from the historic trauma that black people have faced and still struggle with. And also that she has become somewhat of a celebrity for speaking out on these issues and engaging against those who believe that that trauma was already resolved and should not be part of current conversations. 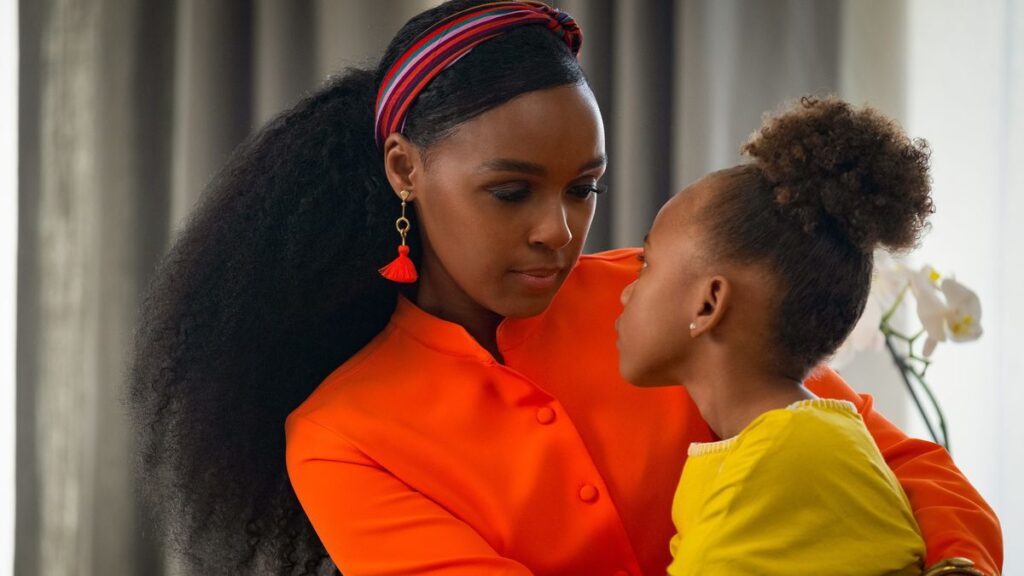 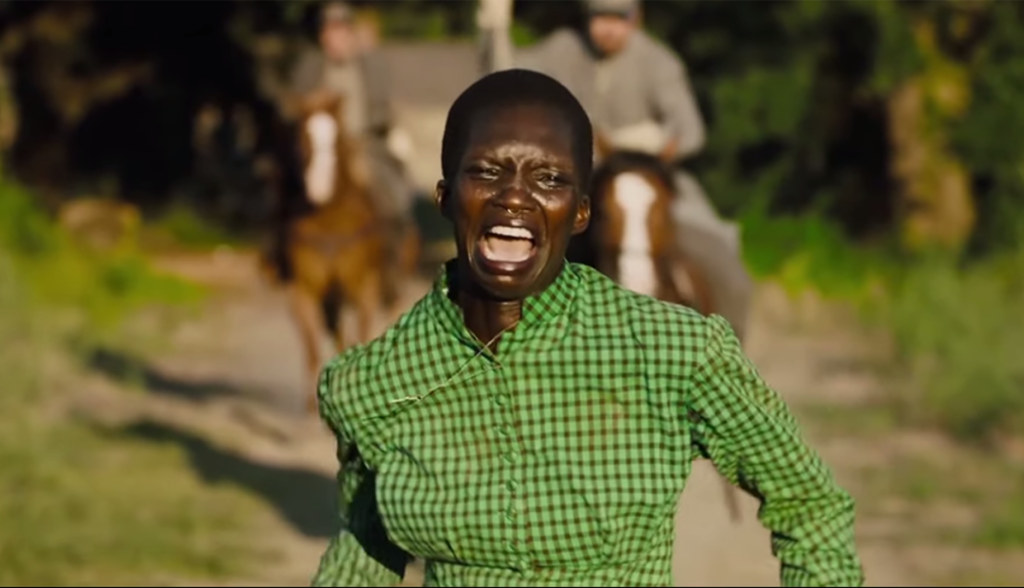 I went into Antebellum completely blind regarding any part of the plot and recommend that strategy for any planning on seeing it. I thought it was excellently crafted and was genuinely surprised when the phone rang 40 minutes in to the brutal portrayal of plantation life, but had begun noticing what I thought were holes or gaps in the film including some modern hair styles, accents, and quirks of the plantation including the destruction by fire of the crop they were collecting. Like most viewers I wondered if it was a time travel film or if Veronica was channeling a past life. I found the explanation the film showcases much more satisfying than either of those options and came away with positive thoughts on it. I immediately recommended it to a friend without doing any research myself and he told me he heard it was terrible. In checking the usual suspects for reviews, I was dismayed to find such low ratings from other critics and viewers, and I think this film may be a victim of what Brian and I have termed the “Trailer Industrial Complex”. So much hype for this film was put on it by the trailers that there was no way that it could win over audiences (already in the grip of a pandemic) and have them give it a shot on it’s own merits.

And those merits ARE worth exploring. This is Monáe’s film, with 90% of it resting on her shoulders alone. Her expressiveness is powerful, with just her eyes she conveys so much. I don’t know if there will be Oscars this year, but if there are she had better get at least a nomination.

This is the co-directors’ first feature motion picture. They wrote the short story it is based on and shepherded the kernel of the idea to a feature based on their convictions and the body of work they had developed doing commercials and shorts.

The cinematography is amazing. With callbacks to Gone With The Wind, going so far to use the same lenses that shot that film with new modern digital backs. I’m multiple kinds of color blind and I was taken aback at the use of subtle shading in this film, with filters and framing that evoke modern US events like Charlottesville. The “one-er” that opens the film is terrifying and will be talked about forever. The Evergreen Plantation where it was filmed is authentic, and an authentic spectacle of the division between the white family and the southern army living quarters vice the squalor of the slaves quarters.

And there is more. The “ally friend”. The husband who isn’t perfect but who is perfect for Veronica. The other slaves bringing their own personalities to an impossible situation. The drive to survive. The soldiers who appear meek one second but then show the hatred that defines their cause.

I genuinely feel like this is a film that will be way more respected as it ages. It’s a shame it got dealt this hand, but its merits will win out in the end. 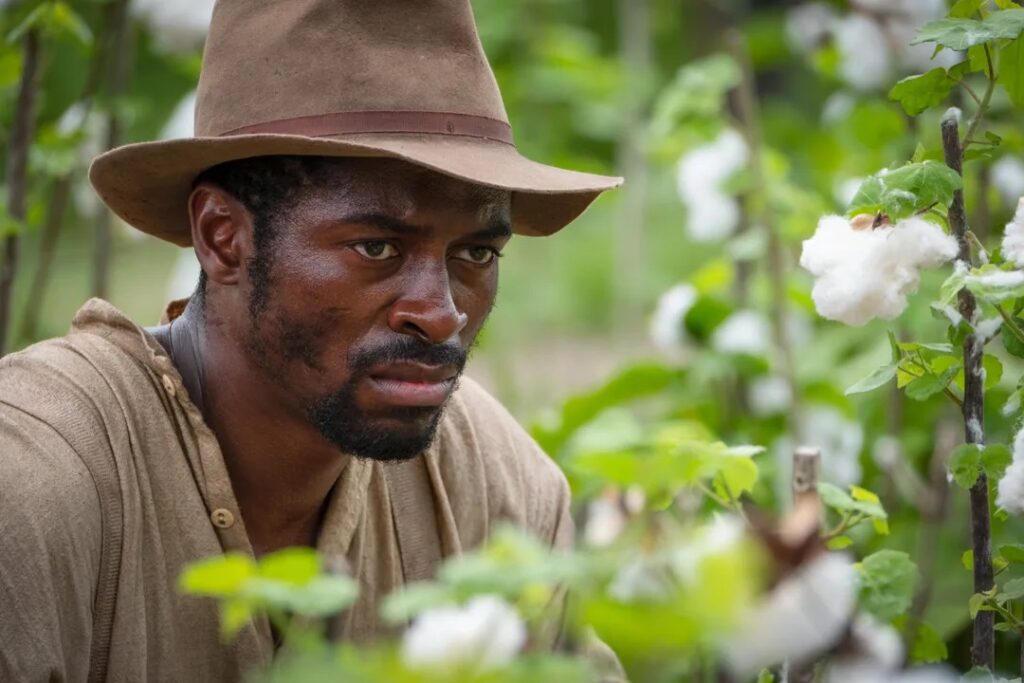 As noted above the picture was shot digitally using modern capture devices but used adaptors to fit the very lenses used to film Gone With The Wind. It features a number of subtle aspect ratio changes, prominently in some of the modern sequences and again at the end when Veronica rides for freedom. The look varies from having harsh grain in the Eden’s cabin sequences, ultra orange filters for the torchlit army marches, to superb color and sharpness in Veronica’s airy apartment filled with modern art by famous black artists. The end sequence is a stunner, not only for the filmic look but also the energy and pain in Monáe’s anguished and angry charge to freedom. In the extras the cinematographer notes that he was inspired by chiaroscuro paintings and wanted a lot of the sequences to have a dreamy look; mission accomplished there. He also mentioned wanting to have deep areas of focus, which are well executed throughout, allowing the viewer’s eyes to search the backgrounds to clues for what is happening in the story tying Eden and Veronica together.

Presented in Dolby Vision, there are some notable HDR effects bringing torches and modern city lights alike alive and popping off the screen, but these effects are used sparingly and wisely.

Antebellum is presented in Dolby Atmos and the star here is the classic orchestral soundtrack. Featuring heavy and gothic sounding string sequences, the horror of plantation life could not be more grounded.
Antebellum Opening Sequence

The chorus is terrific too. Terrifying. Effective.
Battle Chorus

The rest of the sound is well executed but as it’s a drama / horror there’s not too much I can say here. The silences are almost as important as what is said and heard in many scenes. 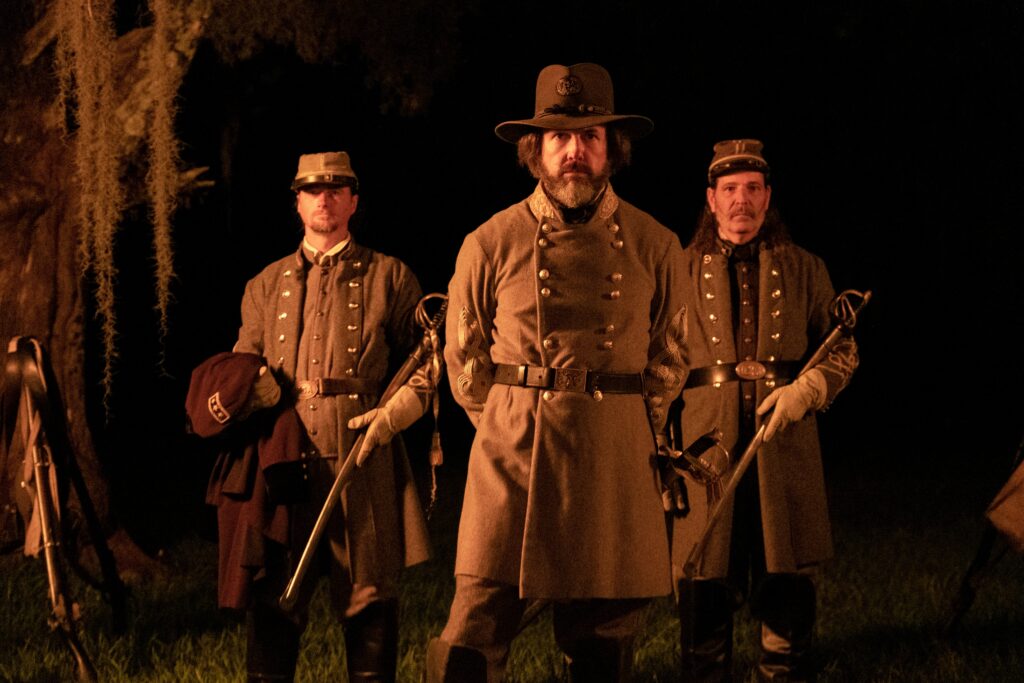 The History in Front of Us: Deconstructing Antebellum (2-Part Documentary) (This is excellent at introducing the director’s and describing the story’s journey from a real nightmare one of them had to a short story to them directing their first feature)

A Hint of Horror: The Clues of Antebellum (Definitely helps guide viewers to hints they may have caught or missed)

Opening Antebellum (Talks about the cinematography and using the Panavision lenses) 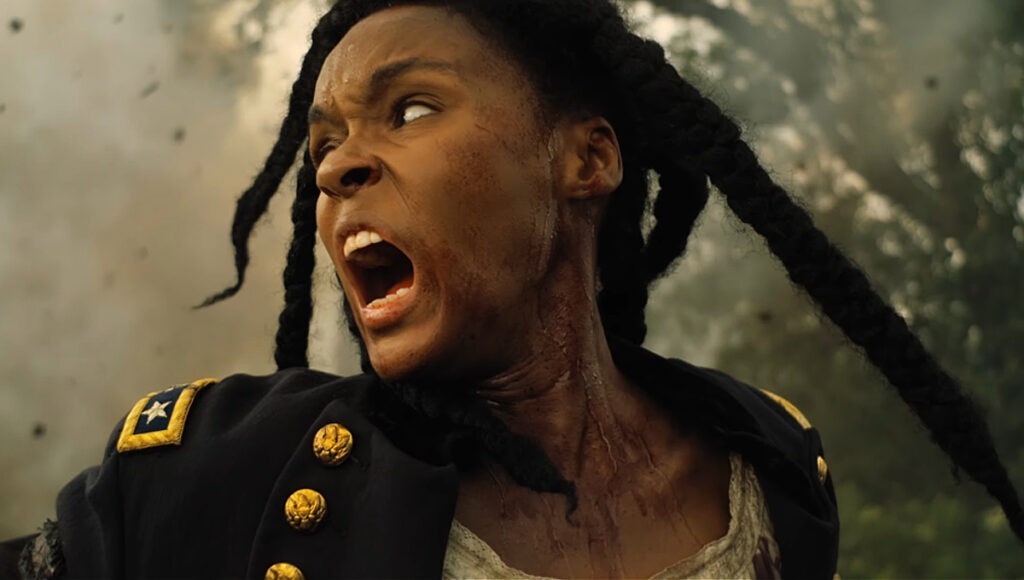 I remain surprised that this film did not do better than the drudging it got by critics. I get that some may have reached their limit to just how much they can take regarding slaves being abused on screen (see 12 years a slave for another brutal example, and many are weary on wading into the left/right politics that are central to the film, but even with those concerns the film has merit. Top notch acting, surprise twists, a unique take modern response to the trauma of the past, and visuals that are an homage to one of the greatest films ever shot should be enough to get people to ignore the critics and make up their own minds. And forget that it was marketed as a horror film. The less you know going in the better.

As for me, I’m happy to call this film “Recommended”.

The U.S. and the Holocaust Ken Burns

The minute I read more about this one and the reviews and hearing about the "wokeness" immediately turned me off.

And that's the last we will discuss of it or I will remove posts from my own damn review.

Wow. Four months and not a peep from anyone? I’ve had the UHD disc sitting, waiting for the right time. Maybe soon.

What is the deal? All this time and still not a peep other than... well... that one.

I watched this yesterday. Definitely intriguing. I would describe it as a "blunt force" movie, which is neither meant as a negative or a positive. Simply descriptive. I have a second consecutive three day weekend next week and plan to watch it again for the first time. Anyone who has seen it will understand what I mean.
You must log in or register to reply here.