Forum List What's new Dark Style Change width
Log in Register
What's new Search
Menu
Log in
Register
Navigation
Install the app
More options
Dark Style
Close Menu
Posted on December 29, 2019 by t1g3r5fan
You are using an out of date browser. It may not display this or other websites correctly.
You should upgrade or use an alternative browser.
Hitchcock-style thriller debuts on Blu-ray 4 Stars

When British conglomerate EMI decided to try its hand in the film industry, the brass picked writer-director Bryan Forbes to help shepherd the new film company and get it on its feet during its formative years. One of the 11 projects Forbes gave the green light to during his tenure – And Soon the Darkness – was an attempt to follow in the footsteps of the great Alfred Hitchcock in terms of suspense. Previously released on DVD by Anchor Bay, Kino has picked the film for Blu-ray release as part of its Studio Classics line.

While on holiday from their nursing jobs in England, Jane (Pamela Franklin) and Cathy (Michele Dotrice) have differing views on how to spend their time cycling through the French countryside. The two split up over their differences, but Jane has second thoughts about it and circles back to pick up Cathy. However, when Cathy is nowhere to be found, Jane becomes concerned about her whereabouts and the fact that the area she’s in has a bad reputation. Can she truly trust the mysterious scooter rider (Sandor Eles) who’s constantly seen around the area, or is the biggest twist awaiting Jane at the end of the day?

And Soon the Darkness is a nod to the Hitchcockian thrillers that have cropped up in the wake of the 1960’s, but this movie succeeds on its own merits. The film reunited much of the talent behind British TV’s The Avengers – director Robert Fuest, writers Brian Clemens and Terry Nation, and composer Laurie Johnson – and its clear that these four were working at the top of their game here. The story starts off a little lighthearted and very picturesque (courtesy of the location shooting in the French countryside), but as the story unfolds, the suspense goes into overdrive and the film becomes very engrossing and tense; better yet, neither Fuest, Clemens, or Nation tip their hands on who we can trust or what motives they have until the very end. Like the best of Hitchcock’s works, And Soon the Darkness is a well mounted exercise in suspense, but the crew behind the movie have done it their own way and in that regard, it may be one of the best thrillers in the Hitchcock style of the 1970’s; it’s also best that we don’t talk about the in name only remake that was released in 2009.

The film has a small cast, but the performances here are about quality rather than quantity. Pamela Franklin, better known for her performances in The Innocents (1961) and The Prime of Miss Jean Brodie (1969), is a solid lead as Jane, the straight laced young woman who gets wrapped up in her friend’s disappearance. As Cathy, Michele Dotrice is a very bubbly and effervescent presence; think of her performance as akin to Janet Leigh’s in Alfred Hitchcock’s masterpiece Psycho (1960) – her disappearance kicks the film’s story into high gear. Sandor Eles casts a memorable impression as the mysterious young man on a scooter who assists Jane in her search for Cathy; the ambiguity of his motives in helping Jane find Cathy really adds to the suspense and Eles’ performance lends serious credibility to that ambiguity. Three more notable performances here are John Nettleton as the local policeman, Clare Kelly as an ex-patriate schoolmistress who alerts Jane to the area’s sordid history, and Hana Maria Pravda as the roadside café proprietress who first alerts Jane – in broken English – that something’s definitely amiss in the countryside paradise.

This HD transfer was taken from a recent 4K restoration of the movie, presented in its original 1:85:1 aspect ratio. The color palette here is strong and vibrant while film grain is organic and faithfully rendered when it comes to finer details; there’s hardly any instance of problems in terms of print damage such as scratches, tears, residual dirt or dust. Overall, this is far and away the best the movie has ever looked on home video, blowing the previous Anchor Bay DVD out of the water in terms of picture quality.

The original mono soundtrack is presented on a DTS-HD Master Audio track for this release. The dialogue and sound mix are both strong and clear without intruding on each other; Laurie Johnson’s score is also given a faithful rendering in terms of fidelity and ambiance. There’s nary an instance of issues like crackling, hissing or distortion present, which means that this is both likely the best the movie will ever sound on home video and a substantial improvement over the previous Anchor Bay DVD.

Commentary by director Robert Fuest, writer Brian Clemens, and journalist Jonathan Sothcott – Carried over from the Anchor Bay DVD, the director and writer share their memories of the movie as well as a few details on the production.

Commentary by film historian Troy Howarth – Newly recorded for this release, the film historian goes over the production details of the movie as well as some of background of EMI Films during this time. This is a more comprehensive track in terms of information in comparison to the legacy track accompanying this release.

Bonus KLSC Trailers – Sudden Terror, The Mind Benders, The Black Windmill & The Man Who Haunted Himself

While it received a lukewarm response on both sides of the Atlantic upon initial release, And Soon the Darkness is a very well made and executed little gem that’s worthy of reappraisal and rediscovery. Kino’s Blu-ray release aids in that process with a terrific transfer and two solid commentary tracks that offer plenty of information about the movie. Highly recommended.

This movie took me by surprise; I'd never heard of it but was intrigued because of the 'Avengers' connection. What an engrossing, suspenseful film. Thanks for the review; the Blu-Ray is going into my cart.

I've always WANTED to love this movie - I owned a 16mm print of it, but I never thought any of it worked because the red herrings were so ridiculous to me. I love Pamela Franklin, though. The lead guy is pretty mediocre. The Laurie Johnson score is pure Herrmann borrowings. All that said, this disc looks fantastic. The color is prefect and gorgeous and one need only compare it to Madigan to know how sorry-looking that awful brown transfer is.
You must log in or register to reply here. 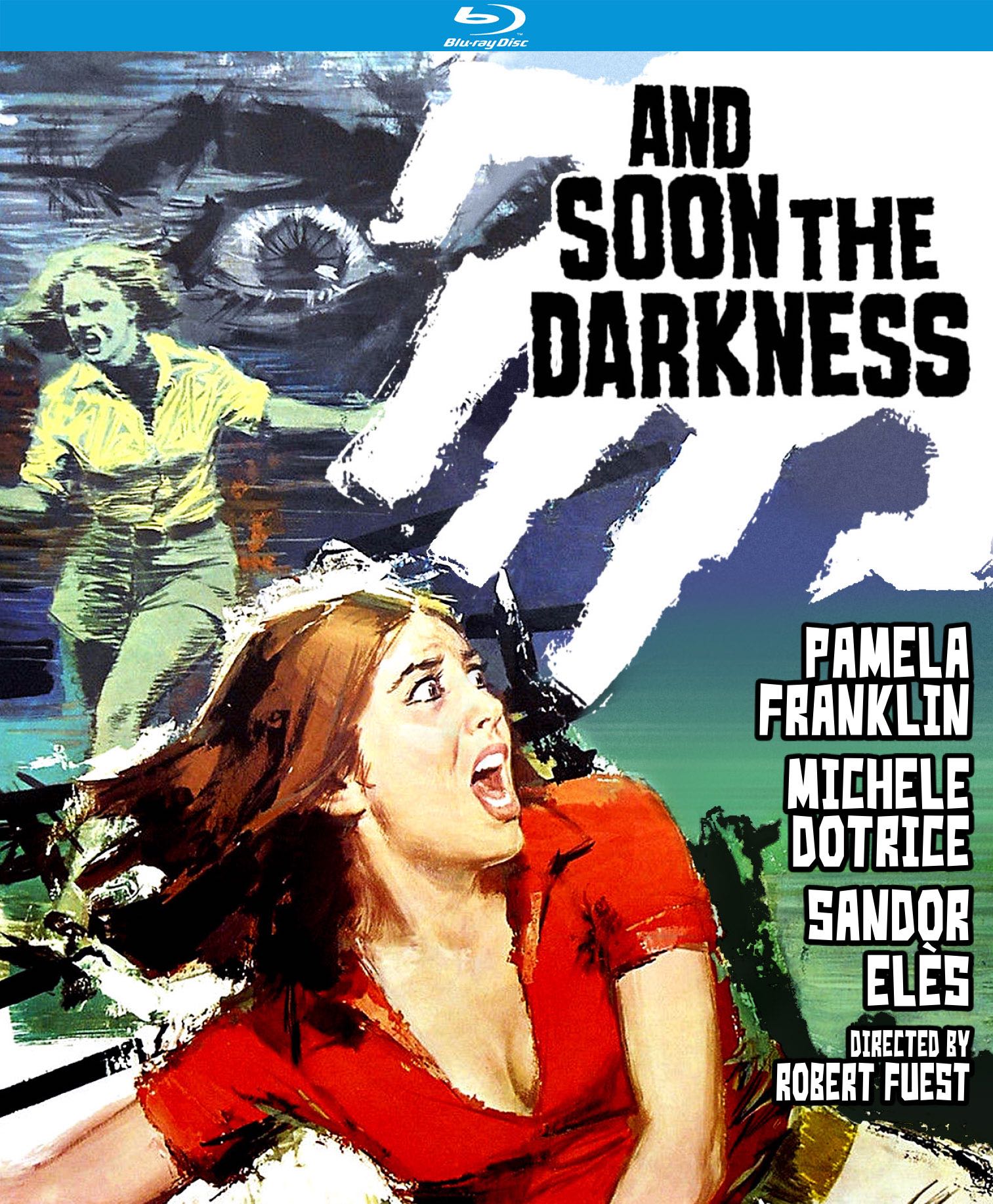