NOTE: The April 1st release date is for the UK version. TDB noted that a U.S. release may follow a week or so later. If true, awesome news! I hope this also means that a 4K UHD release of Aliens isn't too far behind it.
Expand signature
Careful man, there's a beverage here!
Reactions: PMF, Vegas 1 and SAhmed

Not that I expect it to, but I hope the green tint from the blu-ray gets dialed back, at least on the theatrical cut.
Expand signature
Sealed with a curse as sharp as a knife. Doomed is your soul and damned is your life.

This has been rumoured for a while. I quite liked the look of the Blu-ray, & it was a massive upgrade over the DVD (Aliens even more so). In the eighties my neighbour worked for Thorn EMI who released the (4x3) VHS in the UK, & I remember him telling me that copies were being sent back to EMI by the truckload, it seems that EMI had a one light transfer done from a projection print & the picture was so dark you couldn't see what was going on, they had to redo it. I've said it before, we're spoiled rotten these days.

Perhaps this will be the home video to release (as an extra) the end titles from the 70mm print. They were over a moving star field.
Reactions: Josh Steinberg
R

I honestly have yet to convert to 4K, but whatever they do with this release, I hope they at least retain the isolated score track reflecting Jerry Goldsmith’s original intent (which I much prefer to the cut-and-paste assembly Scott created).

I'm hopping that isn't the final artwork, as that's A. not the Xenomorph from this movie but the one from Aliens instead. and B. what is wrong with using the iconic egg poster?
Reactions: Brent Reid and SAhmed

I think you can safely assume that it'll be the Anthology Blu-ray (which still holds up even upscaled) paired with a UHD made from the same transfer as all released cuts of both Alien and Aliens were scanned in 4k for that set. Presumably the extras will be replicated on both although I suspect the "Final Isolated Score" will ommit the Freud and Hanson Symphony #2 cues again.

Also Atmos probably isn't in the cards for this one. As far I am aware Alien is a CE3K style situation where only the 4.1/2.0 printmasters exist in complete form and the stems are long gone.
Last edited: Jan 15, 2019
D

darkrock17 said:
I'm hopping that isn't the final artwork, as that's A. not the Xenomorph from this movie but the one from Aliens instead. and B. what is wrong with using the iconic egg poster?
Click to expand...

The original poster is iconic but not that dynamic or even well designed, honestly. Just the egg and the title. I'd never expect a major studio to use that artwork in 2019 for a mainstream release like this.

TBQH (and I'm sure I'll get hate responses for saying this) the teaser poster was better. 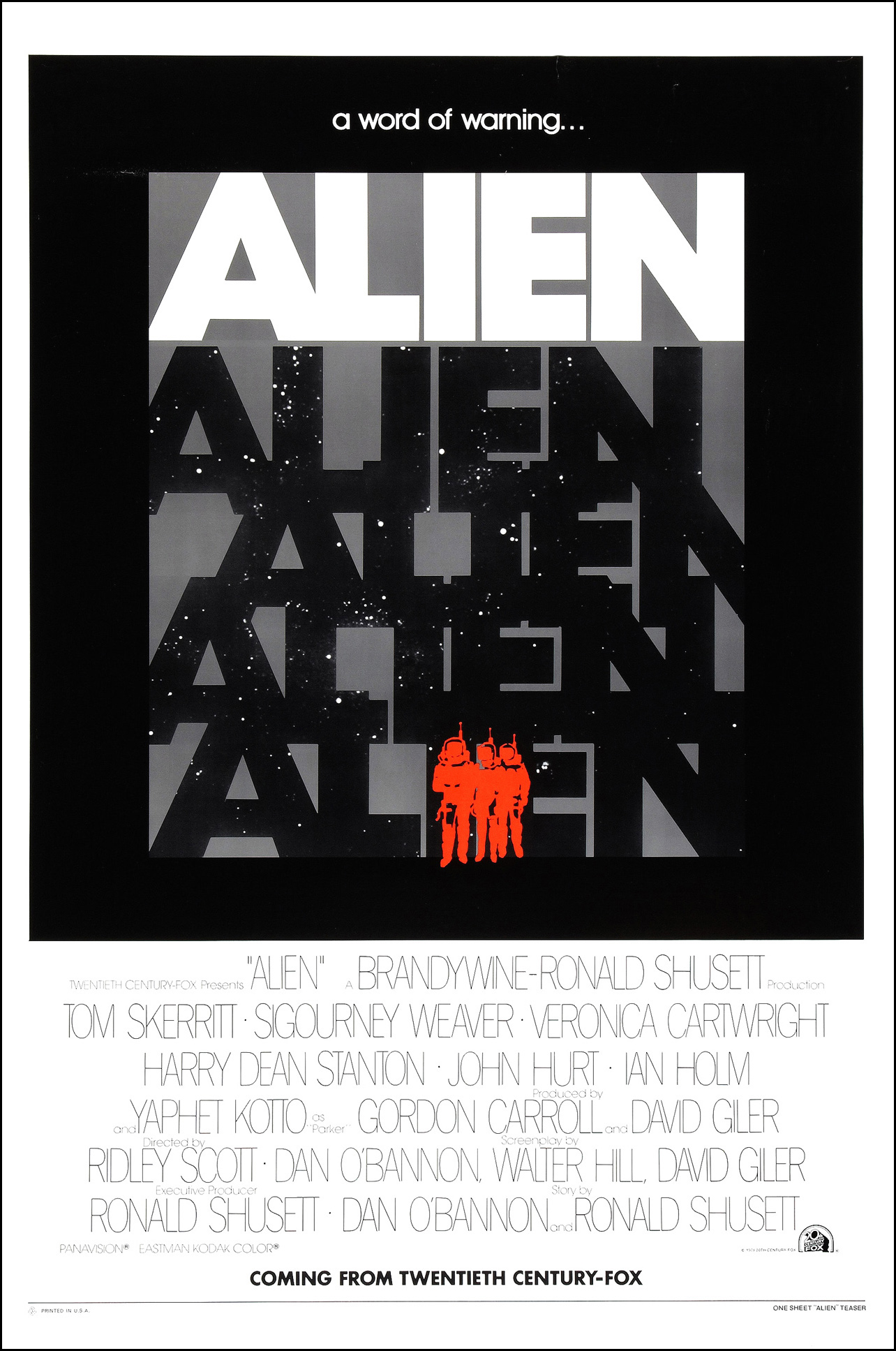 Lord Dalek said:
TBQH (and I'm sure I'll get hate responses for saying this) the teaser poster was better.

I love the "A word of warning..." tag line but I like the egg image more.
Reactions: SAhmed and dpippel

The teaser poster is indeed good but it’s the classic egg poster for me all the way. I did have an original of the egg before it got “misplaced” during a house move. Not been able to get another due to cost. That image along with review/ad spots with John Hurt discovering the egg were very powerful at the time movie was originally released in the UK- well at least for me .
The anthology art work is pretty damn good as well but not a fan of the image currently shown for the 4K release.

I love Alien and Aliens! I hope this is true and can not wait to add the second movie when it is released! Was lucky enough to see a 35mm film print of the directors cut of Aliens in 2017! There's also going to be a Fathom Events showing in October.
Reactions: Johnny Angell, PMF, TravisR and 3 others

dpippel said:
If true, awesome news! I hope this also means that a 4K UHD release of Aliens isn't too far behind it.
Click to expand...

My theater back in October started showing classic movies every Sunday & Wednesday through a company called Flashback Cinema and Aliens was the movie for the week of Jan. 6th. So I guess there could be a possibility of it coming this year. They had Die Hard the week before and it was awesome seeing both of them on the big screen.
Reactions: SAhmed and dpippel

I've seen Alien almost too many times over the years but I wouldn't mind seeing it on the big screen again. Last time I saw it on a big screen was on a giant old school theater screen in Colorado during the movies first run. Was an awesome experience.

When it comes time for the Blu-ray trailer to come out, hopefully 20th will stick with and use the original again just with some added narration maybe. The original tells you everything you need to know about this film to pull you in.

This title now has a confirmed U.S. release date of April 23, 2019 according to Bill Hunt. Best Buy will have an exclusive steelbook available as well:

dpippel said:
This title now has a confirmed U.S. release date of April 23, 2019 according to Bill Hunt. Best Buy will have an exclusive steelbook available as well:

Another reason why I hate exclusives and steelbooks. Just bleed us consumers.
Expand signature
Crawdaddy's favorite "The Mandalorian" Quotes: "This is the Way" and "I have Spoken"

I'll wait for the reviews that say it's better than the last BD version. It's getting hard to buy these UHD discs when they try to suck you in for $5 more for HDR.
Expand signature
...retired at last...and Ray Harryhausen at my side!!!