Following on from similar news from VIZIO reported here yesterday, LG Electronics USA has also announced that Apple AirPlay 2 and HomeKit are available through a firmware update on certain LG OLED and NanoCell 4K UHD TVs with ThinQ, but in the United States only. LG says it is the first global TV manufacturer to support HomeKit. The remaining 4K UHD TV series in LG’s lineup are expected to also receive the update later in 2019. 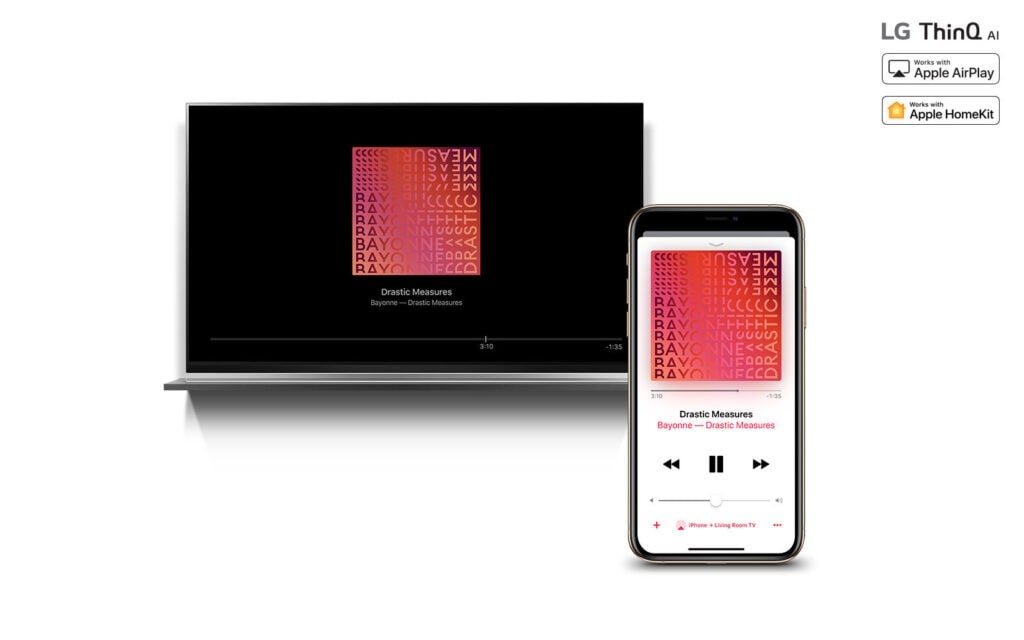 AirPlay 2 enables LG 2019 AI TV owners the ability to “effortlessly” stream content  – including Dolby Vision titles – from iPhone, iPad and Mac directly to their TVs. There is also the facilitation to stream movies and television shows from the Apple TV app (and other apps), and view photos on the company’s AI TVs. Apple Podcasts, Apple Music, library music and other streaming services can be played through LG AI TVs  and other AirPlay 2-compatible speakers at home simultaneously, and in sync.

Meanwhile, HomeKit enables users to control smart home systems with the Home app or via Siri on Apple devices. LG AI TVs can be added to the Home app, from which users can access basic TV functions like power, volume and source. LG AI TVs can also be added to scenes or automations along with other HomeKit accessories.