With a poignant and emotionally challenging script, A Raisin in the Sun is a brilliant and modest production. Filled with performances that sear the screen capturing rage and fear and exhaustion and defeat and triumph in turns and waves that grab a hold of us and never lets go until the closing moments, it’s impossible to not be taken by the power of this film. With Criterion’s care, this Blu-ray release is an absolute must-own.

“Sometimes it’s like I can see the future stretched out in front of me – just plain as day. The future, Mama. Hanging over there at the edge of my days. Just waiting for me – a big, looming blank space – full of nothing. Just waiting for me. But it don’t have to be.”

As A Raisin in the Sun begins, Ruth Younger (Ruby Dee) wakes her husband Walter Lee (Sidney Poitier) and their son, Travis, to get them ready for another day. She moves about the small and tight tenement apartment, preparing breakfast and going through her daily routine, and it is in these opening five or so minutes that the extraordinary nature of this film; with its simmering power, becomes so apparent.

The crowded tenement living has not only Ruth, Walter and their son, but also Walter Lee’s sister Beneatha (Diana Sands) and his mother, Lena (Claudia McNeil – the matriarch of the family). With this setting, the dynamic of family, the pressures of an inherently unjust society and the struggle to simply ‘be’ are explored within the story.

Written by Lorraine Hansberry from her groundbreaking stage play, A Raisin in the Sun tells the story of a poor and struggling black family who believe their salvation could be the insurance check they are to receive after the death of Lena’s husband. While everyone has some idea on what could or should be done with the money when it arrives, it is Walter Lee who pins not only his dreams, but everything that he believes he can make of himself and the future of his family on that money. However, even before the money arrives, the frayed fabric of this family begins to tear.

The poignant and almost poetic performances by Ruby Dee and Sidney Poitier come agonizingly to life on the screen. As Raisin was based on a play, and the screenplay adapted by the play’s author, the passionate and vulnerable monologues are here in pure form, and during these incredible moments, the very soul of this struggling black family is laid bare and painfully examined.

The film really accomplishes three very compelling feats. First, audiences everywhere at the time were provided an unheard of glimpse into the life of African Americans. Not only were stories featuring African American’s rare, when they were showcased, they lacked the authenticity and realism found here. The film reaches the heart of just how hard it was to be black in America; to fight the struggles of life while fighting the oppressive wall of racism. The second major accomplishment was the exploration of what it meant to be a black man in those times; endeavoring to provide for his family; to earn respect for himself and to still be able to realize his dreams. Sidney Poitier’s portrayal of that man, Walter Lee is a revelation. He delivers a performance that pulses like a beating heart. His Golden Globe nominated portrayal of a chauffeur dealing with the burdens of being a black man in 1960’s America, struggling to become more than the world believes he can be, and fighting his family and himself in the process, is remarkable. Several times during the film, he explodes with a veracious passion; whether it is railing against the world stacked against him, or with a near maniacal glee at the possibility of a dream being realized; he is absolutely mesmerizing. The third feat is the potent and achingly earnest character of Ruth, a black wife and mother feeling the searing distaste of white America, as Walter Lee feels, while also remaining strong and committed to keeping their lives together; cooking, cleaning, waking the family, making sure they eat and get out the door on time. Outwardly, the film is an examination of Walter’s dreams and what they mean to his very soul, but the companion examination is that of the burden felt by the wives and mothers who toil to keep everyone happy, fed and together, is concentrated in Dee’s haunting portrayal

Ruby Dee’s superbly salient performance earned her a deserved win for the National Board of Review Award for Best Supporting Actress. She is outstanding not so much for the lines she delivers, but the lifetime’s worth of experience and struggle she portrays with a simple look, a forced smile, or the way she bears the silent burden of a world working so hard against her. She exudes the essence of strength under extraordinary pressures. The rest of the cast provide fine performances also, with Claudia McNeil as Lena Younger delivering eloquent and powerful moments and Diana Sands playing the whimsical and youthful Beneatha wonderfully (the scene where they argue about God, resulting in Lena’s stern admonition of her daughter, is a fine example of their strengths).

This film gives a sincere look at the difficulties faced by African American families at such a difficult time in America’s history. The pervasive racism that had moved from overt and socially ‘accepted’ to being cloaked in the airs of a perfunctory civility; tasting like hypocrisy of the highest order, is exposed and discussed openly. It superbly explores what it means to be a man; to be a black man bowing under the pressures of a world that closes its doors all-too easily. It reveals conditions of an America that summarily dismissed the needs and hopes of families who didn’t look like people on TV and in magazines and for whom no sense of equality seemed to exist in any form. Under all these weights, this family finds the hard path to triumph and the righteous road to reconciliation. It is with that spirit that we, the audience, remain enthralled from the opening seconds to the closing credits.

Presented in its original theatrical ratio of 1.85:1, Criterion’s A Raisin in the Sun looks splendid.  Criterion details that the film contains a ‘new digital transfer…created in 4K resolution from the 35mm original camera negative at Cineric in New York on the facilities proprietary high-dynamic range wet-gate film scanner.’

With great contrast, deeper black levels and a wonderful film-look, A Raisin in the Sun positively pops. The shiny black car Walter drives is emblematic of the strengths of this transfer, which is pristine from start to finish, consistent, blemish and scratch free, and simply sumptuous.

The original monaural soundtrack was remastered from the 35 mm magnetic master. This is a fine audio, with the varying audio levels, when Walter spins from angry shouts to even angrier whispers, with no problem understanding every word.

This strong collection of extras examines the film and the principle individuals of the film. With retrospectives on the writer and on actor Sidney Poitier, contain a helpful and deep understanding of some of the driving forces.

The audio interview with playwright and screenwriter Lorraine Hansberry is a particularly important listen as she describes the film and her underlying sentiment intended in the characters and story. It also provides valuable insight into who Hansberry was and of her views on science, religion and reasoning.

Interview from 1961 with playwright and screenwriter Lorraine Hansberry

New interview with Imani Perry, author of Looking for Lorraine, on the real-life events on which the play is based

Excerpt from The Black Theatre Movement: From “A Raisin in the Sun” to the Present, a 1978 documentary, with a new introduction by director Woodie King Jr.

PLUS: An essay by scholar Sarita Cannon

A Raisin in the Sun remains a mesmerizing production with extraordinary performances. While the film expanded a little upon the stage play, with a handful of exterior scenes, it is very much a tightly contained production and a vital piece of cinema. Director Daniel Petrie directs with care and great skill, moving us around the conversations without ever intruding. He captures the moments and the performances with skill and delivers a simply magnificent production. This film, and Criterion’s release, come very highly recommended.

I can’t believe I’ve never seen this. I think it’s time to change that. Wonderful review - Criterion should give you a commission on my sale
Reactions: PMF and Neil Middlemiss

One of the few films during my childhood that I can remember watching with my entire family on our living room TV. Usually, there would be somebody missing, most of the time it was my father or an older sibling. Thank you for a wonderful review for a great film.
Last edited: Sep 25, 2018
Reactions: PMF and Neil Middlemiss

It's a very powerful stage piece as well, especially if you have a towering actress to play Mama Lena. A few years ago in a local production, I got to play the smarmy, smug Mr. Lindner in this play, and watching the marvelous actress play Lena each performance was quite a cathartic experience every night. Hard for me to act my part after the majestic strength of her portrayal.
Reactions: benbess, PMF, Josh Steinberg and 1 other person

Terrific review, Neil. Can't wait to purchase this title at the next sale.
Reactions: Neil Middlemiss

I had a wonderful two decade-and-a-half run, but I think those days are behind me now.

Neil M.'s wonderful review convinced me to get this blu-ray during the last sale. Poignant and powerful stuff. Excellent pq.
Reactions: PMF

Thanks for the great review, Neil. I'll be looking to pick up this disc down the road during Criterion sale time.
Reactions: PMF

Mention really should be made of Laurence Rosenthal's brilliant score.
Reactions: PMF and Peter Apruzzese

Robert Crawford said:
One of the few films during my childhood that I can remember watching with my entire family on our living room TV. Usually, there would be somebody missing, most of the time it was my father or an older sibling. Thank you for a wonderful review for a great film.
Click to expand...

My thoughts about this film and Blu-ray release.
https://www.hometheaterforum.com/community/posts/4665898/
Reactions: PMF, benbess and Neil Middlemiss

haineshisway said:
Mention really should be made of Laurence Rosenthal's brilliant score.
Click to expand...

You are correct, of course. I'll have a word with the reviewer and let him know. He's usually pretty good calling out great scores so not sure what happened here.

Related, I hope this one finds an opportunity to be re-released, the Intrada version (double-billed with Requiem for a Heavyweight) is out of print. Something on your radar, Bruce?
Reactions: PMF and B-ROLL

We've never been able to crack Sony/Columbia. The guy that licenses there has been very difficult and really seems not interested to license to anyone other than the handful he already licenses, too. I've tried for years.
Reactions: PMF and Peter Apruzzese
You must log in or register to reply here.
Share:
Facebook Twitter Reddit Pinterest Tumblr WhatsApp Email Link 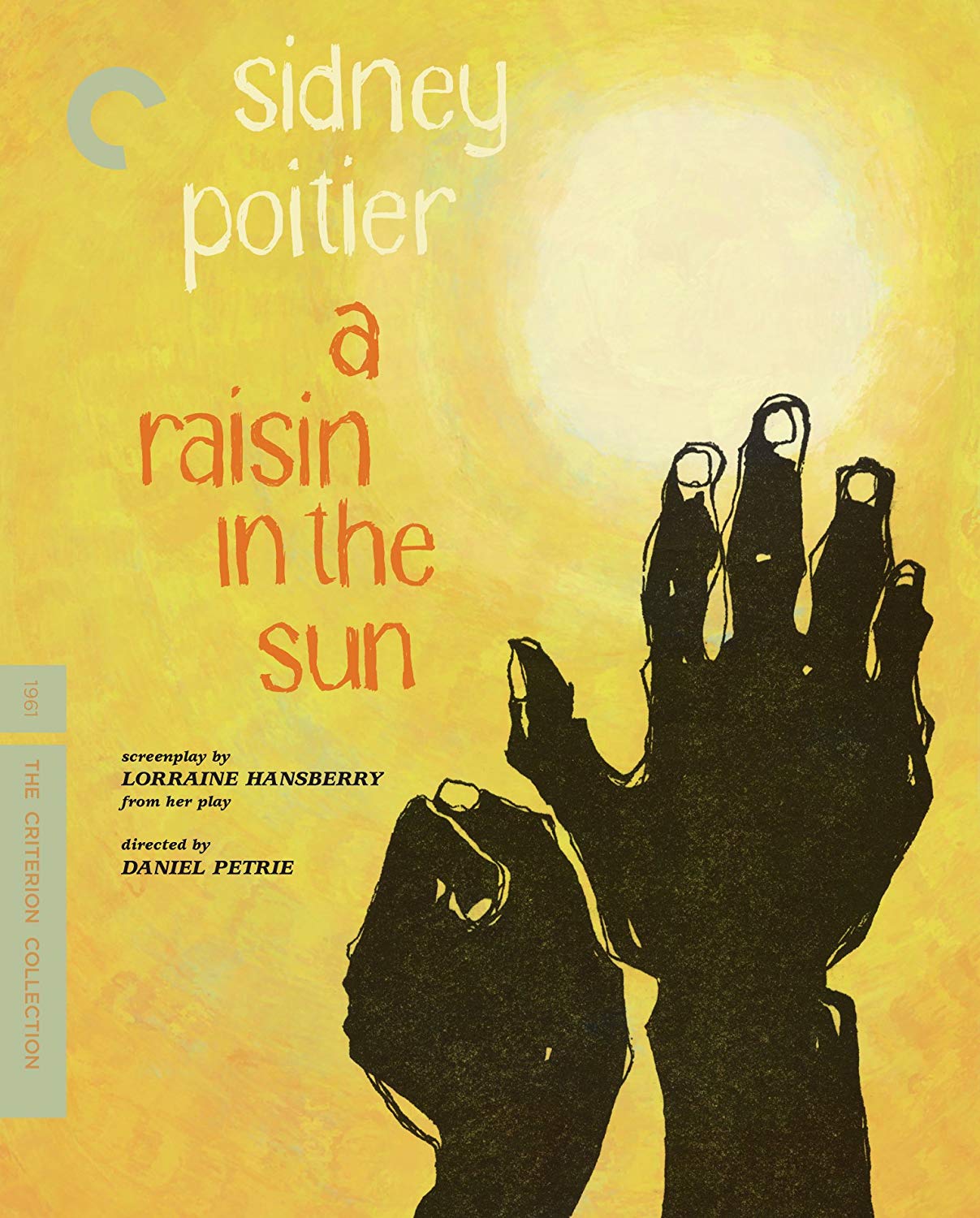