Not to brag, but I may have been one of the earliest believers in the obvious talents of director/writer Jordan Peele – going back to his early work for Hallmark (when I see a Dove sticker, I know the film is right up my ally, as I love dark) c. 1994-7, when certain “unusual” bits of context began to show up in rather mundane and innocuous projects such as The Missing Love Letter, My Mom – the Bride, and Wow – I’ve got a Little Brother!.

Within these simple dramas were visceral moments that could make an audience’s hair stand on end – and most remain unaware to this day.

Most cinephiles will know him for his work in Captain Underpants: The First Epic Movie, but to me, his full potential hit the screen earlier in 2017, with the genre-bending Get Out.

With Us, now available in a terrific 4k release from Universal, genres are again massaged into something that I doubt viewers will see coming. It’s almost as if M. Knight Shyamalan has lived up to his early potential, and has been dropped, fully formed, in our midst.

Us is one of those films that creeps up on you, morphs along the way, and then circles back at you, with a blind-side you’d not considered.

The story. Best not to get into it, except that it begins on odd home invasion turf, and then takes off in a myriad of different and satisfying directions.

Shot digitally, and finished in 2k, the 4k Blu-ray with a wonderful Dolby Atmos track, is all one might ask for.

My advice is to pick up a copy asap, and enjoy.

And probably best to keep the lights on.

Us is one of the finest horror / thrillers to come along in many a year. 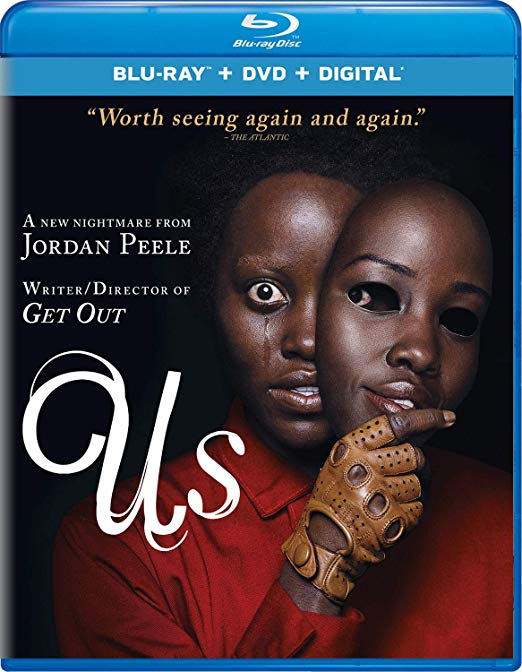