While most cinephiles think of Hammer for their horror productions in the 1950s and ’60s, taking our beloved creatures, and delivering them in shocking colour, the company had successes in the ’50s in the sci-fi vein, beginning with films such as Four Sided Triangle.

In 1955, the first of their Quatermass films hit screens.

But it found an audience, possibly because it was skewed towards adults.

Home theater fans can finally own the films on Blu-ray courtesy of Kino and Scream Factory.

Originally BBC TV fare, the first of the films was The Quatermass Experiment, starring US actor, Brian Donlevy. Apparently, all British actors were at that time hard at work at Ealing, on the Guinness comedies.

The Val Guest directed production did well, and was followed two years later with Quatermass 2, again a low, but not as low-budget affair as the first.

Apparently, no film elements are known to survive for the film, with the exception of a single (fortunately clean) print. Those who follow shadow detail, will find it lacking here.

Move forward another decade, and Quatermass and the Pit arrived, this time in blazing Eastman Color. As I recall, this was the first that I had seen, probably on a TV broadcast.

Color adds to our ability to clearly discern that the creatures involved are rather stiff latex, and not actually aliens.

These are all “little” films. No sci-fi epics here.

But they have gained a reputation, that seems qualified, as wonderful, diminutive, UK sci-fi productions.

As an aside, there was to be a fourth film in the series, which ended up as X the Unknown. 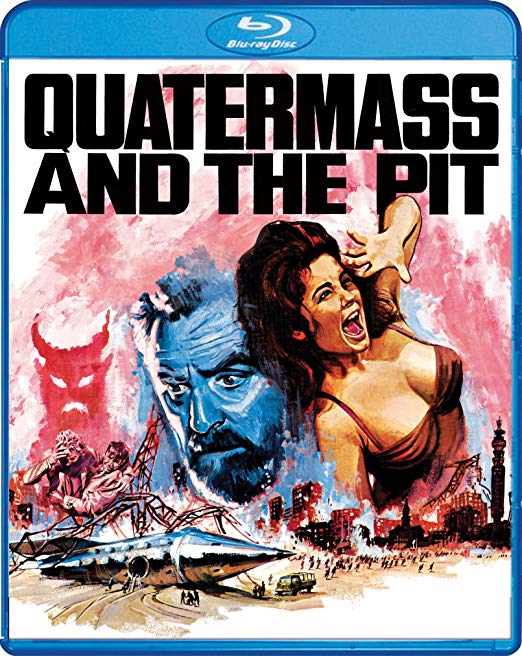