I suggest that a copy be added to one's library.
By 1948, with the war over, one would think that Technicolor productions might come to the fore at Paramount, but they still only released three films.

Fortunately, they used it for this Bob Hope gem. A continual fan favorite, who did an immense amount for this country, I oft wonder how many fans think he&#8217;s a product of The Colonies?

The Paleface, directed by Norman Z. McLeod, was a terrific film in 1948, and remains so today. Mr. McLeod began his career working in cartoons c.1920, and made the move to feature direction in 1928. He&#8217;s responsible for Monkey Business (1931), Horse Feather, If I Had a Million, Alice in Wonderland (1933), another Kino release, Topper, The Kid from Brooklyn, The Secret Life of Walter Mitty, The Road to Rio. His final work was another for Mr. Hope, the 1959 Alias Jesse James.

Mr. Hope and Jane Russell lead a wonderful cast, in this Ray Rennahan photographed gift to lovers of Technicolor. Music by Victor Young.

The element used appears to be a quality IP, derived from the three-strips, with all negative dirt, in attractive yellow, cyan and magenta, neatly attached to the image, but never heavily intruding.

The overall color actually represents the palette nicely, and enough of the three-strip look remains that it&#8217;s a quality example of the breed.

A wonderful film, brought to us courtesy of Kino.

Is KL Studio Classics the same as Kino? On Amazon the KL version has a commentary.
P

Kino can thank Castle Films for my upcoming purchase; and I, in turn, can thank Kino for providing me with the opportunity of seeing “The Paleface” in its entirety, and for the very first time.
Last edited: Jul 9, 2020
Reactions: Filmgazer, John Hermes and timk1041

Johnny Angell said:
Is KL Studio Classics the same as Kino? On Amazon the KL version has a commentary.
Click to expand...

Would those few minutes perchance include Bob singing 'Buttons and Bows'? That's the sequence I often play. What a great little movie, by the non-Colonial boy!
Reactions: Will Krupp
You must log in or register to reply here.

A Few Words About A few words about...™ Son of Paleface -- in Blu-ray 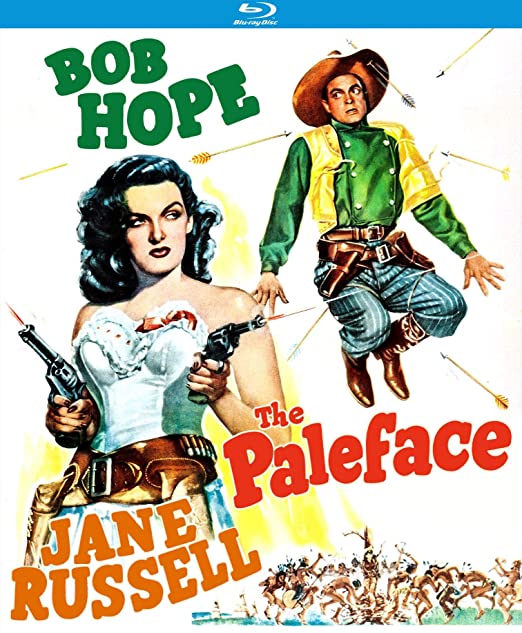