My technical background enables me to wax on about grain structure in old films, color fade, black levels, shadow detail, stability of the image, et al.

All of which makes my words regarding virtually all Warner Archive titles, to be quite honest, boring.

Photographed in black & white by Tony Gaudio (The Adventures of Robin Hood), based upon the play by W. Somerset Maugham, with a screenplay by Howard Koch, and a score by Max Steiner, the film is a magnificent achievement.

As far as I know, the original nitrate negative survives, but apparently a decade ago, the studio ordered a meticulously prepared wet-gate fine grain, which is the source of this Blu-ray.

As noted, this is boring.

The Blu-ray is magnificent in every detail, and to my jaundiced eye appears to be akin to an original 35mm print.

For those who really want to get into the weeds, there is a problem, but as far as I can tell, it’s been there for eighty years.

Look closely at the main title sequence, and you’ll see a lack of stability.

Not the type the you’ll find from an old telecine, where the entire frame wobbles about, but rather, within the production of the title negative itself, with a certain amount of movement between the background plate, and presumably, the hold-back matte, and title overlay.

I feel better, now that I’ve found something to write about.

Essential Davis, essential Wyler, and essential to any serious library. 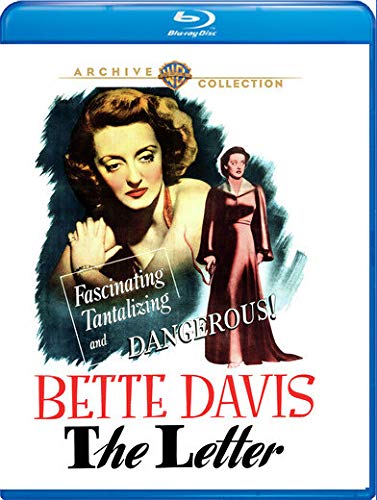