The Greatest Showman, is a terrific piece of cinema, and one of my favorite films of 2017.

It follows the birth of The Greatest Show on Earth, and it’s creator, one, Phineas T. Barnum.

Filled with almost constant motion, it’s a beautifully crafted production, which is shown to great advantage on 4k UHD, with HDR, as it was released in 4k — still one of the rarities in the format.

Dolby Atmos creates a huge expanse of audio, and for me seals the deal.

Sheila O’Malley commented on Roger Ebert.com, “The Greatest Showman,” directed with verve and panache by Michael Gracey, is an unabashed piece of pure entertainment, punctuated by 11 memorable songs composed by Oscar- and Tony-winning duo Benj Pasek and Justin Paul, who composed the songs for “La La Land,” as well as the current Broadway hit Dear Evan Hansen. The film is made for the whole family to enjoy, and so it leaves out many of the darker elements (explored in the 1980 Broadway musical Barnum). This is a difficult tightrope to walk, but credit is due to Gracey, a perfectly cast Hugh Jackman, and the entire cast, who play this story in the spirit in which it was written…”The Greatest Showman” positions itself as a story celebrating diversity, and the importance of embracing all kinds. 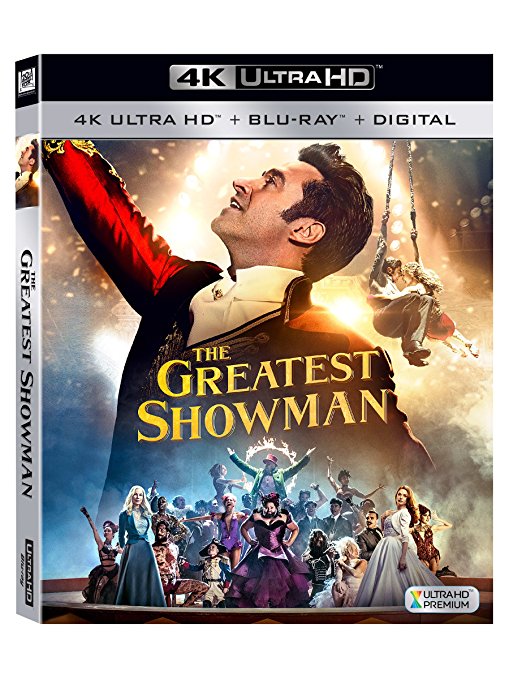