Forum List What's new Dark Style Change width
Log in Register
What's new Search
Menu
Log in
Register
Navigation
Install the app
More options
Dark Style
Close Menu
Posted on May 3, 2020 by Robert Harris
You are using an out of date browser. It may not display this or other websites correctly.
You should upgrade or use an alternative browser.
Both image and audio are superb. 4 Stars

John Sturges’ The Great Escape was a July 4th gift to cinema-lovers.

Based upon actual events, as lived by the author of the source book, Paul Brickhill, it’s one of the finest, most stirring, and patriotic films concerning World War II.

It was filmed in Germany, in 1962, by cinematographer Daniel Fapp, whose career goes back to the silent era, and includes West Side Story.

For those who’ve not experienced the film, Criterion’s new Blu-ray is a wonderful way to get acquainted.

As to interesting factoids, legend has it, that Mr. McQueen had two roles in the film. In some sort of motorcycle chase sequence, it’s said that he plays both his own role, as well as that of the German chasing him.

Per Criterion’s notes, the image scan was harvested from both the OCN, as well as an IP.

Both image and audio are superb.

The track is surprisingly good in re-made stereo. The original 4-track is said to be lost. The new tracks are from dx, combined with a stereo M & E.

It's funny how MGM/UA has been supposedly in dire financial straits for years and years and years, yet they still have the wherewithal to produce high-quality work such as this, yet supposedly more financially stable studios such as Paramount are all over the place with their back catalog titles.
I remember my father dragging me to see both this and The Longest Day as a child- but I preferred Mary Poppins and My Fair Lady! Who knew?!
Thanks for the great review, how exciting. So does the remade stereo actually have actual separation of music and sound effects? Could you please tell me what you mean by "The new tracks are from dx, combined with a stereo M & E". Very sad the original stereo has been lost. I have heard this is true for many United Artists titles.
What a great time to be going to movies. How lucky people were back then who loved commercial filmmaking. And they had those theaters to see them in. How I would have loved to have seen this at the DeMille. 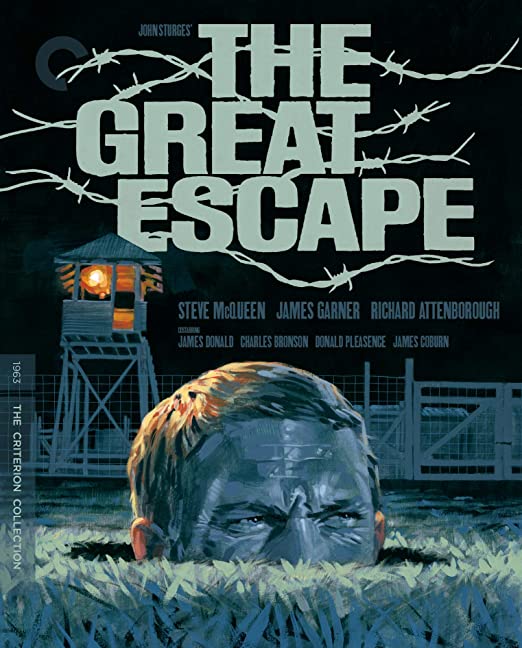