Posted on November 5, 2019 by Robert Harris
For those who haven't ponied up for the four films, 4k is your best bet. 4 Stars

It’s a strange time to release The Daniel Craig Collection, as it was soon be an incomplete collection. But regardless, the four films included, Casino Royale – 2k DI, Quantum of Solace – 2k DI, Skyfall – 4k DI, and Spectre – 4k DI, all surpass their Blu-ray counterparts visually.

Sonically, all have the same 5.1 tracks as their original Blu-rays, with the exception of Spectre, which has 7.1.

Examining the first two, I was uncertain whether the 2k DIs had been up-rezzed to 4, or whether someone returned to film elements. Regardless, both looked superb.

For those who haven’t ponied up for the four films, 4k is your best bet.

For those who already own them on Blu-ray, it depends how much of a 4k fan one might be, as the second pair are a definite upgrade.

The set comes with both 4k and Blu, in two separate cases, within an outer sleeve. 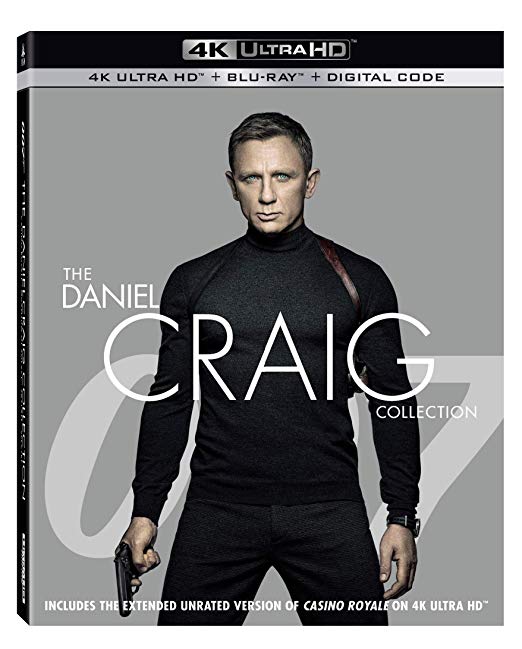