Posted on October 29, 2019 by Robert Harris
What has apparently occurred is that WB has totally recreated this film, in full digital form, new sets, new actors, with nothing original left to be discerned. 4 Stars

Long ago, in Hollywoodland, a director named Vincente Minnelli, teamed up with Charles Schnee, producer John Houseman, composer David Raksin and cinematographer Robert Surtees, to do a little black and white film for M-G-M.

It was 1952, and the film that they created remains one of the greatest produced about Hollywood, and the business of film, ever made.

I was hopeful that Warner Archive’s new Blu-ray would live up to their record of quality, and give us something that looked wonderful for a 67 year-old film.

Unfortunately, they have not.

Something is rotten in Hollywood.

We know that there are certain sacred truths.

John Kennedy and Elvis are alive and well, in Vegas.

Man has Not walked on the moon, but Mr. Kubrick did create a wonderful video presentation making many believe that they did.

It is within those “knowns,” that looking and attempting to appreciate The Bad and the Beautiful, I come away seeing a failure.

What has apparently occurred is that WB has totally recreated this film, in full digital form, new sets, new actors, with nothing original left to be discerned.

A 67 year-old film can be identified by “age-related” artifacts, an occasionally shrill soundtrack, but certainly not a full gray scale from pure black to pure white, with everything in between, with exquisite detail, as it it had been filmed yesterday.

What we have here, ladies and gentlemen is a fake.

Whatever became of the original film elements, they have been replaced, as if by strange pods, replicating the look of the film, when it premiered on Christmas of 1952.

For those who might appreciate seeing a film appear precisely as it did on it’s first day in theaters, via a print derived directly from the camera negative…

But if what you desire is a Blu-ray that looks the age of the film, this isn’t it.

Way too perfect to in very way.

Buy a copy for yourself, and another for an unbelieving friend.

And wait to see their eyes pop. 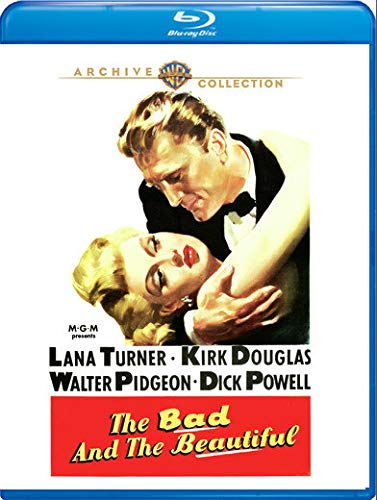