Posted on May 31, 2019 by Kevin Collins
Time has not been especially kind to the film's elements - the OCN does not survive - but Criterion's offering has been nicely cleaned, and not overly so. A bit of wear and tear is still obvious, especially in projection. 4 Stars

Back in 1933, after appearing in Dancing Lady for M-G-M, Fred Astaire, who received 6th billing, just beneath Winnie Lightner, made a move to RKO, and so began a series of classic musicals that fans have been waiting to appear on Blu-ray.

There were ten films in the series, and the first to appear on Blu, via Criterion and their license with WB, is number six, Swing Time.

The great George Stevens directed, which was unusual. He only did one other musical, Damsel in Distress, a few year later.

As a film, it’s still charming, especially in its innocent ways – it was the ’30s, after all. It beautifully stands the test of time, in all its black & white glory, as captured by David Abel.

Time has not been especially kind to the film’s elements – the OCN does not survive – but Criterion’s offering has been nicely cleaned, and not overly so. A bit of wear and tear is still obvious, especially in projection.

The score is by someone named Kern.

Swing Time is an auspicious beginning for the Astarie/Rogers films on Blu-ray.

One down, nine to go.

Upgrade from DVD – You bet’cha 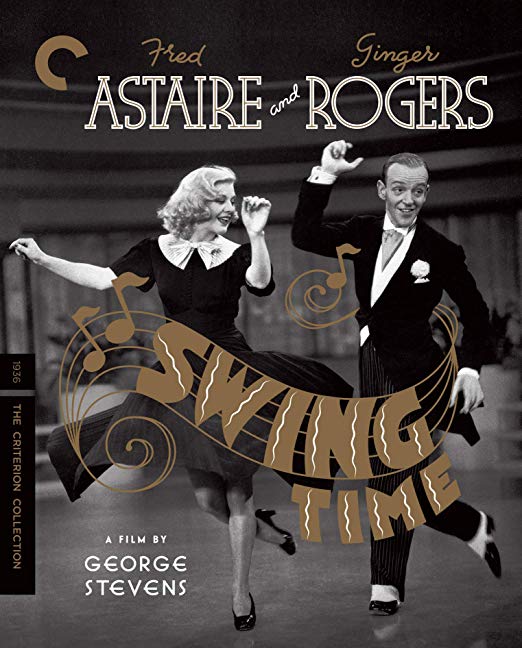