Credit where credit is due.

Had my old friend, Roy Frumkes, not introduced me to cartoonist extraordinaire, Al Kilgore back in the late ’60s, I doubt that I would have ever grown to appreciate “The Boys” as they deserve.

It’s probably a safe bet that very few who visit HTF are aware of the song, “At the Ball, That’s All.”

If they don’t sound familiar, it might all come together if one watched the little dance number that Stan Laurel and Oliver Hardy did, in front of a rear screen, of an outdoor western town, for Way Out West (1937).

It’s the lead-in to Scottish director Jon S. Baird’s delightful film, Stan & Ollie, which uses that number, beautifully shot from a reverse angle at the start, for his film which chronicles the final years of Laurel and Hardy’s relationship. It segues to 1953, and their final tour through England.

I loved this film.

Probably mostly based upon the fact that Steve Coogan and John C. Reilly virtually become Stan and Ollie, along with more than a bit of help from prosthetics designer, Mark Coulier.

But had Mr. Coogan and Mr. Reilly not had the ability to channel the men they re-created, this never would have worked.

Stan & Ollie is a delight to behold, and for those not yet familiar with their work, a wonderful means of introduction.

Shot digitally, the Blu-ray, from Sony represents the film beautifully.

As an aside, the film’s opening involves a long shot following the actors from their dressing to to the set, which is actually three parts, beautifully blended together.

And while you’re watching them walk through a stand-in for the Roach lot in Culver City, later Selznick, keep an eye out for what I perceive to be the prop gears, probably from Chaplin’s Modern Times, shot the previous year (1936).

I loved this film in the theater. Outstanding performances which were at least recognized by BAFTA nominations.
Reactions: Tony Bensley, Richard M S, Rob_Ray and 1 other person

I completely fell in love with this film when I saw earlier this year. It renewed my love for the works of the comic duo so much so, that I’m watching the Laurel and Hardy DVD collection film by film again.

The Blu is on order for this film (can I call it a film, when it was shot digitally?) and can’t wait to watch it again. So glad it received your 5 rating.
Expand signature
"Get a director and a writer and leave them alone. That`s how the best pictures get made" - William "Wild Bill" Wellman
Reactions: Tony Bensley, avroman, Rob_Ray and 1 other person

Way out West, The Music Box, and Big Business are my favorites from The Boys. A big fan since i was a kid and a easy buy for this new release.
Reactions: Tony Bensley, avroman, Rob_Ray and 1 other person
P

Wouldn't it be great if "Stan & Ollie" led a younger generation back to their own discoveries of the Laurel & Hardy shorts?

It is timely to note that L&H will live on as UCLA is restoring the Boys' library of work as we speak! Stan and Ollie was, in my humble opinion, the best film of the year!
Reactions: Tony Bensley, Richard M S, Radioman970 and 1 other person

I loved this one too and look forward to adding it to my collection.
Expand signature
"It ain't like it used to be but...it'll do."
Reactions: PMF

This was a great Movie.
Reactions: PMF

'Stan and Ollie' is a great tribute to my very favourite double-act in comedy history, approached only by the wonderful Morecambe and Wise and French and Saunders. It's a very touching movie, fulll of tender joy and sadness. Highly recommended to all.
Reactions: PMF, benbess, nara and 3 others 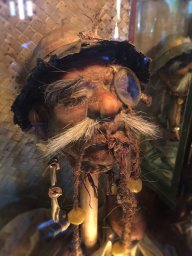 I went with two friends. Afterward, as we left the theater, we all said "Perfect" at the same time. And it was. Looking forward to this blu.
Reactions: PMF, benbess and TravisR

PMF said:
Wouldn't it be great if "Stan & Ollie" led a younger generation back to their own discoveries of the Laurel & Hardy shorts?

Good luck with that. I doubt many of the "younger generation" will see this film, much less the L&H originals.

Unless by "younger generation" you mean "people under 100" - then maybe!
Expand signature
Colin Jacobson
http://www.dvdmg.com
Reactions: BarryR and Randy Korstick

No 4K?
Expand signature
Johnny
www.teamfurr.org
But a family cat is not replaceable like a wornout coat or a set of tires. Each new kitten becomes its own cat, and none is repeated. I am four cats old, measuring out my life in friends that have succeeded but not replaced one another.--Irving Townsend
Reactions: PMF

It's about time we all give RAH a Laurel and Hardy Handshake !

Expand signature
"What we've got here is failure to communicate"
Reactions: Tony Bensley, Stephen_J_H, PMF and 1 other person

I introduced my 4 grandaughters (all now teenagers), to L&H when they were very small, and they loved them then, and still do now.
Stan & Ollie have always stood at the head of comedy duos for me. Their chemistry is incomparable.
By coincidence, I was about half way through re-watching the L&H DVD set when "Stan & Ollie" was released in theatres. Of course, I put my order in for the Bluray as quickly as I could.
My grandaughters are all eagerly waiting with me to see "Stan and Ollie".
Reactions: B-ROLL, PMF and TravisR

I'll be lucky if I get the Blu-Ray. I pre-ordered this two months ago from Amazon, It was supposed to arrive last Tuesday, it got pushed to Thursday, and now pushed back again to May 9. I don't know what is going on. I never had any issues with BD pre-orders until I ran into this mess.

Bryan^H said:
I'll be lucky if I get the Blu-Ray. I pre-ordered this two months ago from Amazon, It was supposed to arrive last Tuesday, it got pushed to Thursday, and now pushed back again to May 9. I don't know what is going on. I never had any issues with BD pre-orders until I ran into this mess.
Click to expand...

Bryan^H said:
I'll be lucky if I get the Blu-Ray. I pre-ordered this two months ago from Amazon, It was supposed to arrive last Tuesday, it got pushed to Thursday, and now pushed back again to May 9. I don't know what is going on. I never had any issues with BD pre-orders until I ran into this mess.
Click to expand...

Bullmoose says they have "low stock, should ship Tuesday" 19.97 + $3 shipping unless you have another item to get FS at $30.
Trying to remember is you';re Canadian with a US Mailing address or if I'm confusing you with a different Bryan

Amazon and these MOD release don't seem to mix well, but the 3/26 releases have been especially bad.
A

Amazon shipped my copy of the blu-ray on Friday with an expected delivery date of this coming Friday (that's the non-prime Free shipping treatment for you). Given the difficulty I've heard other people experiencing with acquiring this title, I'm surprised that Amazon has fulfilled my pre-order as early as it did. Anyway, I'm looking forward to seeing this film for the first time next weekend.
Reactions: PMF

avroman said:
I introduced my 4 grandaughters (all now teenagers), to L&H when they were very small, and they loved them then, and still do now.
Click to expand...

I think if someone is exposed to 'old' movies or TV shows or music when they're young, they're more likely to accept or enjoy them than if they're teens or adults. I've seen many people say the same thing over the years and it was certainly true for me as well.
Reactions: PMF and avroman

It is a wonderful tribute. A love story. Chaplin - Keaton - Langdon -Lloyd were all comedic genius's of the time but when I want to laugh out loud it's always the boys.

As I have said before - there should have been a better film launch - the movie deserved better. I also wish some of the restoration of their stuff would have been ready now as, I think, when this goes streaming it will increase demand to view some of their work. It remains to be seen. But never say never - Trail of the Lonesome Pine was #2 on the charts in the U.K. in 1975.
Last edited: Apr 2, 2019
Reactions: Tony Bensley, B-ROLL and PMF
You must log in or register to reply here.
Share:
Facebook Twitter Reddit Pinterest Tumblr WhatsApp Email Link 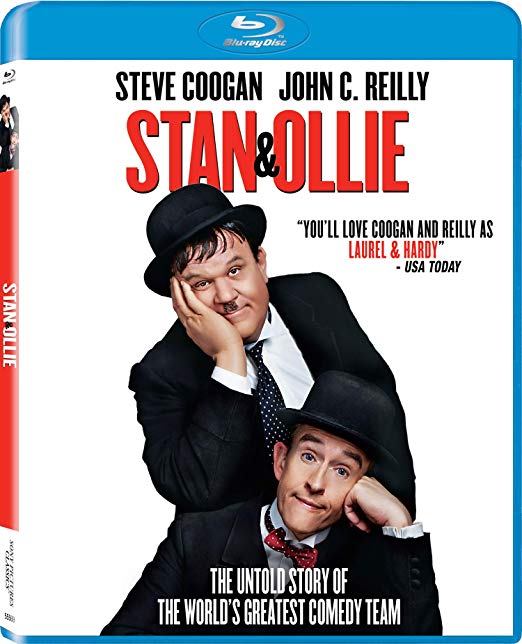