Forum List What's new Dark Style Change width
Log in Register
What's new Search
Menu
Log in
Register
Navigation
Install the app
More options
Dark Style
Close Menu
Posted on February 3, 2020 by Robert Harris
You are using an out of date browser. It may not display this or other websites correctly.
You should upgrade or use an alternative browser.
4 Stars

For those who have not yet experience Mr. Scorsese’s Shutter Island, my advice would be to not read reviews.

There are a myriad of differing points of view, and narrators running through the film, which I found of great interest. Some reviewers found discomfort in that fact.

For one of it’s rare 4k releases, Paramount has given us something special. A bit darker, and gloomier, overall than it’s Blu-ray counterpart, but a glorious effort that works on it’s own, even in projection.

On an OLED panel, things get even better.

Absolutely worth one’s time and investment.

Final thought. Where Best Buy charges an additional $5 for a steelbook, Paramount throws it in as part of the package. Current street price is set at $28, and one might expect it to go down from there.

A quality release, all around.

Thanks, Mr. Harris. Somehow I never got around to seeing this film, so this would seem like a good time to acquaint myself with its ins and outs.

It’s a nifty little period piece with some great atmospherics. I find it more fun to just go with it than to try to solve it.

I finally watched the Blu-ray last October. Scorsese rarely disappoints and this is a fun puzzle box of a film. I don't know if I'm in a hurry to upgrade since the Blu looks and sounds incredible, but this is going on my eventual list. Anyone who doesn't own it already or haven't seen it should make this a priority.

I purchased the 4K/Dolby Vision Digital from iTunes back in December, 2018 so I'm going to pass on this 4K disc release.

I never got around to seeing this one either. Need to rectify that.

One of my favourite film critics, Glenn Kenny, has just posted on his blog his deeply personal story, about how Shutter Island basically saved his life.

Rewatched the trailer. It doesn't grab me so will wait for one of the streaming services.

The amazon link is to an import version. Is there no US release?

Keith Cobby said:
Rewatched the trailer. It doesn't grab me so will wait for one of the streaming services.
Click to expand...

I found this to be one of Scorsese's lesser films, and the "twist" utterly lame.

Worth said:
I found this to be one of Scorsese's lesser films, and the "twist" utterly lame.
Click to expand...

I think Scorsese struggles when he makes movies where he doesn't have some personal connection to the material.

He basically feels like "director for hire" here and I don't think he pulls off the story well...

I really like the movie and think it’s a nifty little period piece spin on the whole haunted house/hospital genre. But it also at times feels like something that desperately wants to be a b-movie, being pulled into prestige territory. My brain got to the ending before Scorsese did.

Casino is three hours but it flies by for me. But most of his movies since then, for me at least, feel longer than they need to be. And it’s not that I hate long movies (Casino might by me favorite of his) but sometimes less is more. I love Hugo too but I think it would have played better at 105 mins than at 130.

I say why I love this movie in my review, but I think why it stands out to me is, as Josh alludes to, it is a B-style movie with the craftsmanship of A+ movie making. I also don’t think the twist is meant to surprise really because so much of it is laid out, and rather think this film is about the journey through the settings and the deceptiveness of a human mind. I think Scorsese pulls it off nicely and is a fun excursion from his more familiar wheelhouse.

Agreed. For me it’s one of his easier films to revisit.

Great film, and the uhd looks marvelous on my screen.
You must log in or register to reply here. 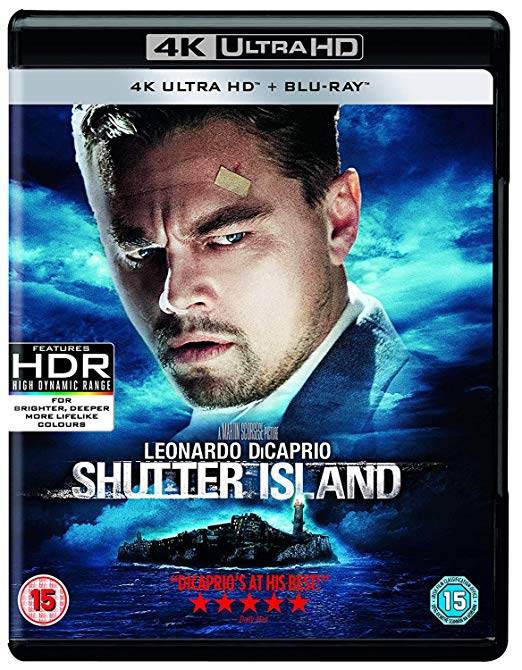