Forum List What's new Dark Style Change width
Log in Register
What's new Search
Menu
Log in
Register
Navigation
Install the app
More options
Dark Style
Close Menu
Posted on February 21, 2019 by Kevin Collins
You are using an out of date browser. It may not display this or other websites correctly.
You should upgrade or use an alternative browser.
4 Stars

While Schindler’s List may not be one of those films that has the audience walking down the road afterwards, smiling, while they recall the lyrics of their favorite songs, it’s a film for which Steven Spielberg will always be considered at the top of his craft.

It was magnificently photographed by Janusz Kaminski, in glorious black & white, and I’ve never seen it look superior to this new 4k Blu-ray from Universal.

Perfection, and another reason to make the move to 4k.

Audio has been repurposed to Dolby Atmos.

As both a film, and as a disc, they don’t come any better.

Upgrade from HD Blu-ray – Without a doubt

Give Spielberg high marks for shooting it in black & white.
B

3 great actors, Neeson, Fiennes and Kingsley...how could you go wrong.

Robert Harris said:
Upgrade from SD Blu-ray - Without a doubt
Click to expand...

I agree, great release. There must have been film reels running in the projector behind me.

I touched on a few bits of trivia with regards to the film's theatrical release in my UHD review.

I really need to pick up this movie on 4K blu-ray! It should look incredible on my Sony OLED!
You must log in or register to reply here. 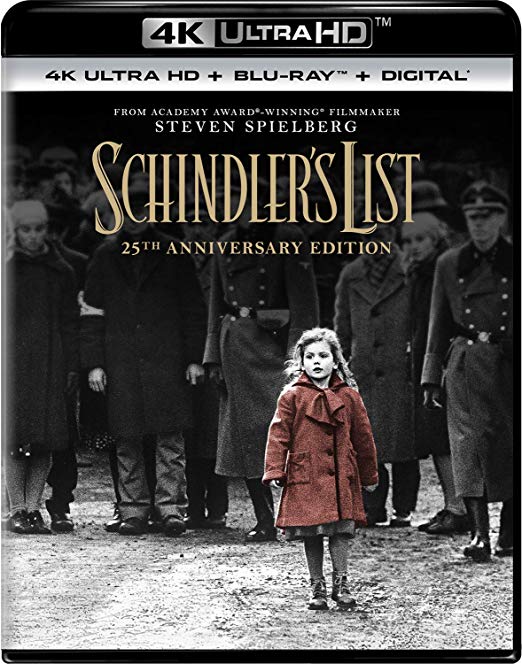