Posted on May 24, 2018 by Robert Harris
As a film, there are better ways to spend your time. 4 Stars

Strange thoughts were going through my head, as I viewed Fox’s beautiful new 4k of Red Sparrow, as directed by Francis Lawrence.

One must acknowledge early on, that when the lead actress, in TV interviews, spends no time discussing the import of her work on the film, or how it affects our society, but goes right to the core of the matter, with comments like “you get to see my boobs,” that you’re not in for good ride.

Regardless of the artistic integrity of Jennifer Lawrence’s breasts.

As photographed by Jo Willems, Red Sparrow is an exceedingly dark, low-key exercise in a certain Eastern Block magnificence.

Fortunately, as dark as it is, it comes across nicely in 4k, in a slightly confusing spy vs. spy drama.

As a film, there are better ways to spend your time.

For early teen boys, yes, you do get to see Ms Lawrence’s boobs, or at least one of them.

As an aside, my thought while viewing involved, how her contract might read, for the exposure, which isn’t really that necessary.

“Full exposure (on screen for no longer than three seconds) of left breast in long shot to medium long shot, nothing closer, inclusive of nipple, for which actor will receive extra compensation the amount of 1.2 million dollars…” 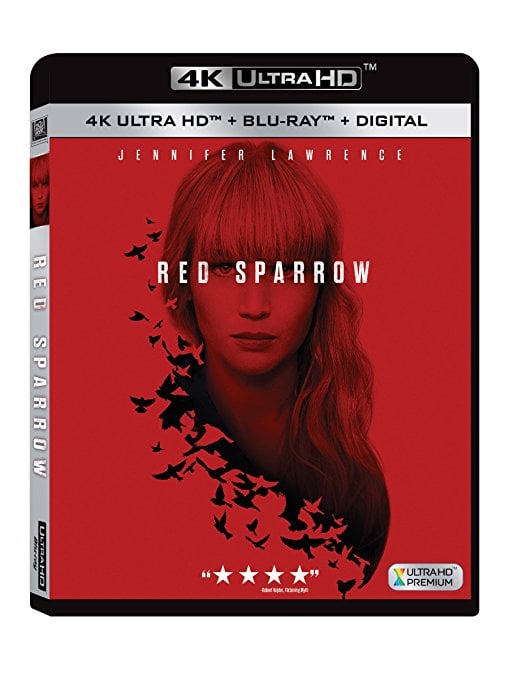