Posted on August 11, 2018 by Robert Harris
In the new 4k, however, color, black levels, shadow detail (when it's there), and film grain, all appear natural, and pleasing 4 Stars

Unfortunately, there’s both good and bad news for fans of the Predator series, as Fox releases its new 4k home theater variant.

Let’s get the bad out of the way first.

At just under $50 for the three films at street price, this is a fair deal, but it guarantees an expensive August for said fans, as everyone is going to need a copy.

The good news is that all three films have been meticulously scanned and cleaned for an absolutely perfect 4k experience.

While the second and third offerings have never been problematic, the first seemed to never be quite right. Even with it’s re-issue in 2008, perfection was never met. As I recall, there was a slight problem with grain management.

In the new 4k, however, color, black levels, shadow detail (when it’s there), and film grain, all appear natural, and pleasing.

Nary a problem in sight.

Although there are basic extras on the 4k discs, it appears (I’ve not fully checked), that all of the earlier extras are intact on the Blu-ray variants. 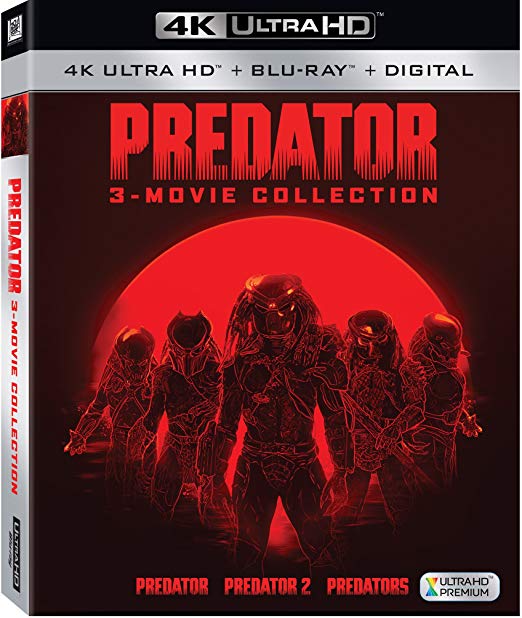