Forum List What's new Dark Style Change width
Log in Register
What's new Search
Menu
Log in
Register
Navigation
Install the app
More options
Dark Style
Close Menu
Posted on October 1, 2019 by Robert Harris
You are using an out of date browser. It may not display this or other websites correctly.
You should upgrade or use an alternative browser.
4 Stars

Possibly, because of it’s extremely leisurely (even in the 147 minute version) story progression, I was able to make connections with films of the past, as I viewed Ari Aster’s meticulously made, spectacular horror film, Midsommar.

First, and most obvious, was Black Narcissus, with its nuns up in the British Himalayas.

The Wicker Man, several of the Bergman films from the late ’50s to early ’60s, not specifically because of the setting, and then, texturally, bits of Intolerance, with its use of the Denishawn dancers.

Probably, the brightest lit horror film in history. I’d hate to see how someone might attempt to wave HDR over the film, in order to have it make 4k non-specs, but we’ll have to see about that one. I’d love to see it in 4k mit out HDR.

As noted, slow, deliberate, moment by moment, with the building of an underlying dread…

And, of course, the Bear in a Cage, one of the great forthcoming Christmas toys for boys… and girls. I’m told that these are hand-carved, in Sweden. The commercial is included, as an extra.

I’m very interested in actually seeing where the 171 minute cut goes with my own eyes. I’ve read about it, and it sounds as if it fills in some plot-holes that were noted along the way.

For those unaware of Mr. Aster’s previous work, or having not seen Midsommar, my advice is to grab a copy.

Talented gentleman, with some superb actors working for him. I love the world that he and his team have created, although I doubt that I’d be inclined to visit.

Available in 4K/HDR on iTunes with the directors cut for $14.99. Since no UHD version has been announced I’m contemplating it. Not interested in the Blu.

I've only watched the directors cut.......Really disliked the film. Unlikeable characters....not to mention really bad performances . The only dread I felt was continuing boredom.
I've liked Aster's films up until this one.
I wanted so much to like this film.

For those interested in a UHD Blu-ray, one is coming in Italy from Eagle Pictures:

It will be a three-disc set, with the theatrical cut on UHD Blu-ray and Blu-ray, as well as the director's cut on a second Blu-ray disc.

The director's cut is also set to be released on Blu-ray in the UK by Entertainment In Video on October 28th:

I bought the digital version on iTunes. I haven't watched it yet, but I checked the directors cut and confirmed that it's HD-only. The theatrical cut is 4K with Dolby Vision. This had a true 4K DI, so it's unfortunate that it's not being released on disc that way. Also a shame the Directors Cut wasn't released on disc. A decade ago I would have assumed we're being primed for double dip, but these days I'm not so certain.

I've found iTunes UHD video quality to be hit and miss. The low bit rate tends to kill titles shot on film in low light--Heat, for example, suffers from horrific banding and blocking--but digitally-photographed titles can look pretty close to a UHD disc. I'm hoping the combination of digital photography and bright lighting makes the iTunes version of Midsommar less of a compromise.

What kind of connection do you have? Couldn't that be the issue? I’ve never had any issues with iTunes 4K with my connection. Verizon Gigabit. Which I know isn’t available everywhere.
K

Tino said:
What kind of connection do you have? Couldn't that be the issue? I’ve never had any issues with iTunes 4K with my connection. Verizon Gigabit. Which I know isn’t available everywhere.
Click to expand...

I have Comcast with consistent 100+ Mbps down, and my AppleTV is hardwired to my router via Ethernet. I believe that iTunes streams cap out at around 25Mbps, so it's not a connection issue. Several posters on other forums have also noted the macroblocking and banding issues with the 4K iTunes version of Heat. A lot of iTunes (and Netflix and Amazon) UHD HDR content looks great on the AppleTV, but the combination of low light and film grain and/or smoke/fog still requires a higher bit rate than streaming can currently handle IME. Thankfully, these elements aren't present all that often in Midsommar.
B

Mr. Harris, you saw the best cut. Director's Cut adds some, but nothing essential, and is the lesser cut. I agree that this is a non-HDR classic for the Age of HDR.

In my opinion, not a good film. Bad performance and got bored to death.

I watched the iTunes copy of the Director's Cut over the weekend. The Directors Cut does a better job of setting up the toxicity of Dani and Christian's relationship in a way that makes the ending much more cathartic, but it loses some of the ambiguity of the theatrical cut. They're not altogether different films, but the Director's Cut is more the story of a toxic relationship, whereas the theatrical cut is a more conventional story of grad students who get in over their head with a pagan cult. Overall I like both versions, and I wish they had both been made available on disc.

I'll note that the Director's Cut is HD-only on iTunes, and based on a brief comparison, the 4K Dolby Vision iTunes version of the theatrical cut looks much better, with richer colors, better defined highlights, and fewer compression artifacts.

Well, given some of the earlier comments in the thread suggesting that HDR would ruin the image, I figured I'd report that that's NOT the case.

For those seeking either the 4k or Director’s Cut in physical form. Now available directly from A24. 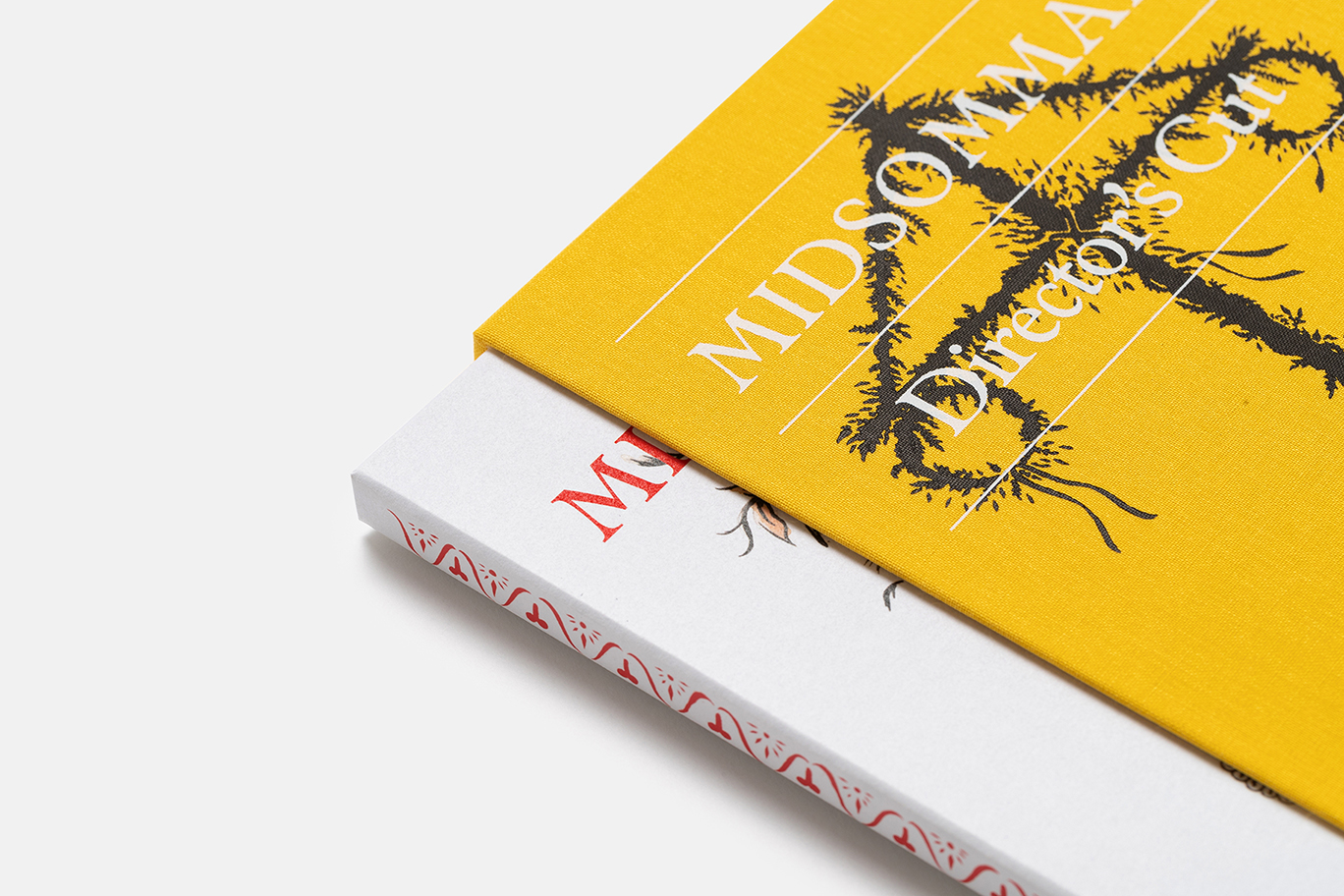 Special edition Blu-ray accompanied by illustrated 62-page booklet featuring original artworks from the film by Ragnar Pearrson and a foreword by Martin Scorsese.

dpippel said:
Tempting! Here's the link for anyone interested:

Special edition Blu-ray accompanied by illustrated 62-page booklet featuring original artworks from the film by Ragnar Pearrson and a foreword by Martin Scorsese.

You can sign up to be notified when it comes back in stock so it doesn't seem like an X number of copies situation.

TravisR said:
You can sign up to be notified when it comes back in stock so it doesn't seem like an X number of copies situation.
Click to expand...

Yeah I saw that. But I’m happy with the iTunes 4K digital which includes the directors cut.
W

So for $45 (plus I assume shipping) it doesn’t even include the theatrical cut? 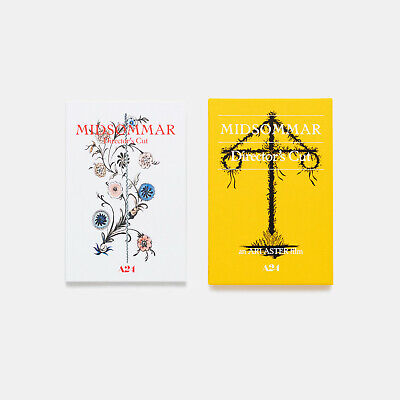 I don't like the film enough to buy it, but I'm interested in reading the foreword by Scorsese. Can someone post it here when they get their copy?
You must log in or register to reply here.

A few words about…™ Hemingway (PBS) – in Blu-ray